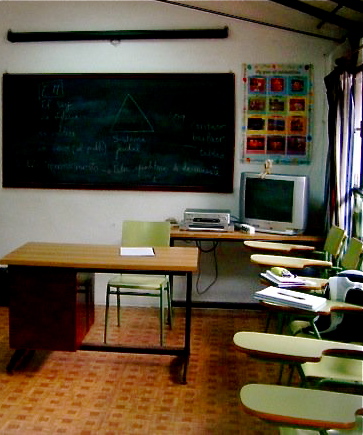 I came upon this blog, www.fluentin3months.com, which is written by an Irish guy who travels all around the world. He’s fluent in 8 languages, and is confident that most people can achieve similar amazing results. But his methods aren’t like reading grammatical rules out of a textbook. Here’s an example of his methods from when he was in Spain:

“I decided that for exactly 30 days, (the entire month of November) I would speak no English. I warned all of my friends of this in advance, and did some final cramming of words and grammar and then the hardest month of my life began.
Frankly, it was horrible. I couldn’t ask for simple items (always refusing to just say the word in English when the other person would likely know), I couldn’t have a discussion about anything important, so I was as good as a 5 year old for conversations (actually worse), and I couldn’t share my feelings.

It was also frustrating for those who kept insisting that I just say what I wanted to say in English. Most of all, it was exhausting. At the end of the day I’d come home so tired and frustrated. Anyone learning a language in the country knows what this feels like…!”– www.fluentin3months.com
This sounds awfully familiar to my experiences learning Spanish in Sevilla. Every day I went to bed exhausted and frustrated. Unless you’ve done it yourself, you probably have very little idea of how physically draining this is! I think it’s because you always, always, always have to be ‘on’ and paying attention. Plus it’s seriously no fun to feel stupid all the time, as beginning-level language skills don’t allow for a wide variety of conversation. And of course, it feels hideously unfair if other people have magically managed to acquire this foreign language with ease!
So I’m not joking when I say the first thing I cried about during my time abroad (and there were many) was verb tenses. I just didn’t get the difference between two past tenses in Spanish, nor did I know how to conjugate the irregulars, nor could I say 95% of what I wanted to say. Of course, the other student in my class did it all perfectly – I conveniently ignored that she had way more years of Spanish than me! Not knowing anybody else in the city and living with a family who spoke zero English meant I literally had no choice (unlike the blog writer from above who imposed this upon himself).
But even though this was an immensely frustrating and challenging experience, I actually learned a TON of Spanish. When I arrived, I really could not say anything. It’d been 4 years since I’d taken a Spanish course, and those were only 2 years of high school classes. By the end of 4 months,  I spoke an amazing amount relative to when I arrived  It wasn’t perfect Spanish – I still don’t speak perfectly after 7 months of immersion in total. But it was a serious improvement, and best of all, I could communicate.
When I went on my second study abroad program, I realized something: even though my grammar was worse than my classmates’, my Spanish was simply much more useful than theirs. Other students seemed to be impressed/intimidated by how fast I could speak, but I was just as intimidated by their abilities to use the subjunctive! I was asked why I wasn’t in the most advanced level class. The answer was clear to me – I didn’t know the subjunctive, the perfect tenses, and many many other things. But to other students’ ears, I spoke fast, used slang, and didn’t have a heavy American accent in Spanish, so I sounded pretty fluent. The reality is it was just Spanish learned from communicating, rather than receiving information.
I’m not sure why the language-learning model in my classes seemed to be receiving-receiving-receiving, when really the first thing I wanted to do in Spanish was communicate.  After I could communicate, I was more confident and much more interested in progressing in the language. This made listening to lectures on the subjunctive significantly easier, as I now had both a reason to learn and a belief it was possible to learn.  I don’t think this is unique to my learning style, or a reflection of any kind of capability or intelligence – it really is just about practice speaking, conversing, talking, gesturing, whatever kind of communicating.
At first it’s frustrating and challenging, but you get to the end goal much more quickly – communicating with people from another culture/language background that you otherwise might not have been able to chat with. My high school classes were not helpful, nor did my classmates’ years of college classes help them in terms of actually functioning in Spain. However, my 4 months using only Spanish really enabled me to use the language, which is the most important thing. Which would you rather spend to learn a language, 6 years or 6 months? While I would never have had the discipline to self-impose the Irish blogger’s method, being forced into it was the best thing ever for improving in a foreign language.  So this is a challenge to myself as I work up the courage to properly embark on my Catalan-learning journey – I just have to immerse myself. I know it will be good for me, I just have to do it!