Learning about Catalan culture from locals 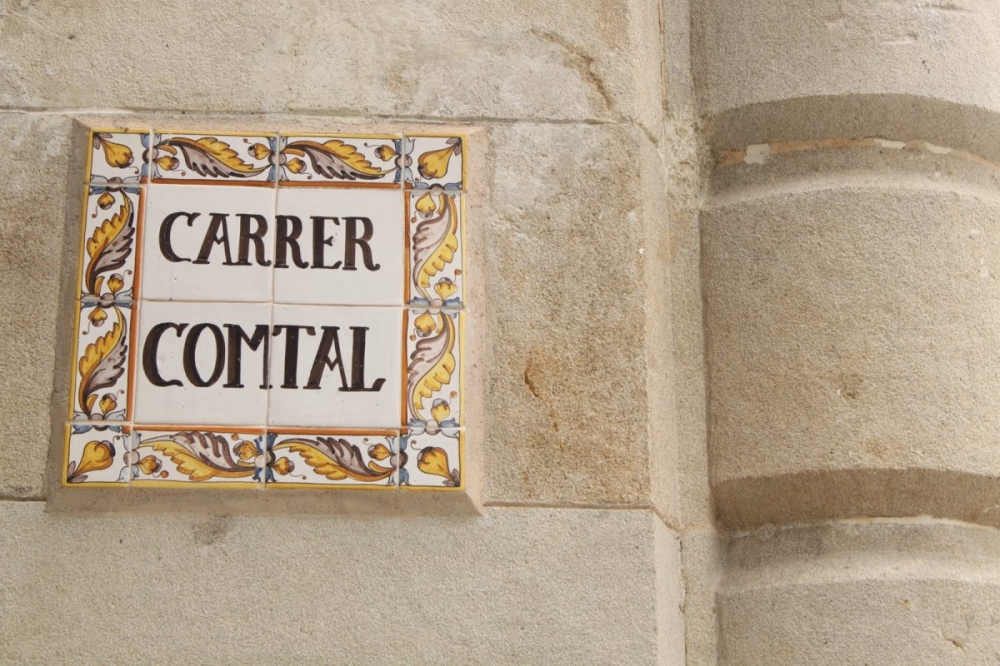 Since I have a long break from work, I’m trying my best to take full advantage of it (despite being sick for two weeks). I’ve spent lots of time at the beach and walking around in the beautiful outdoors, although the tiger mosquitos that live here are doing a pretty good job of convincing me to stay at the beach. I’ve never had so many insect bites in my life! And I’ve also been learning more about my new host culture.

Anyway, I’ve had a couple of interesting encounters during my vacaciones. The first happened on a fabulous Saturday night out that involved a multi-course tapas meal with limitless wine/sangria/beer and a discoteca.

During the taxi trip between the tapas and the nightclub, I started chatting to the taxi driver about Catalan culture and language, which is usually an interesting conversation here. Most people have some kind of opinion on the matter, and there’s a fairly large separatist group that’s pushingfor Catalonia’s independence.My taxi driver was no exception, and he started talking to me about his own experiences with the language. He had some pretty interesting stuff to say!

It turned out he’d learned Catalan solely by speaking, as it was banned during his own childhood/school years due to Franco’s dictatorship. I was stunned, not because I was unaware of the dictatorship, but mostly because I always think of it as something very distant and in the past.

Franco is associated with Hitler and Mussolini, so I often think of him as belonging neatly into that time frame. It’s also not usual to hear people openly discuss the dictatorship – shortly after Franco’s death in 1975, there was a ‘pact of forgetting’ in which the country agreed to not talk about the Franco years. Monuments/street names/etc. dedicated to Franco were removed or altered as well. In any case, it was definitely really interesting for me to hear somebody alive and relatively young who was willing to talk openly about the dictatorship.

The pic above shows an example of Catalan – the streets here are “carrer”, not “calle.”

My second encounter was of less historical importance, but was another great way of getting to talk to some locals. Let me preface this by saying that the stereotype of the Catalans is that they’re ‘closed’ in the sense that they’re difficult to get to know (but once you get to know them, they’re really your friends).

Being in a city with such a large immigrant population and living with Erasmus students means I meet a lot of foreigners (and not speaking Catalan doesn’t help). So I haven’t met that many Catalans in my couple of months here, although I’m working on it and I do know some locals. In order to meet some more people here, I started looking on Couch Surfing, which is an awesome website that helps you connect with people to crash on their sofas when you’re traveling.

It also has local groups in cities for activities, meetups, language exchanges, etc. I was pleased to find a request from a Catalan wanting to speak English, so despite my nerves I went and met up for a language tandem. It ended up being really fun, and an easy way to meet people from the local culture. Yay for Couch Surfing!

So, those were my two interesting encounters from last week. I’ve got a bit more to write about a few things – a republican flag, a trip to a volcano (yes, in Spain!), and the Spanish diet. But now, it’s time for a siesta. Hasta luego!