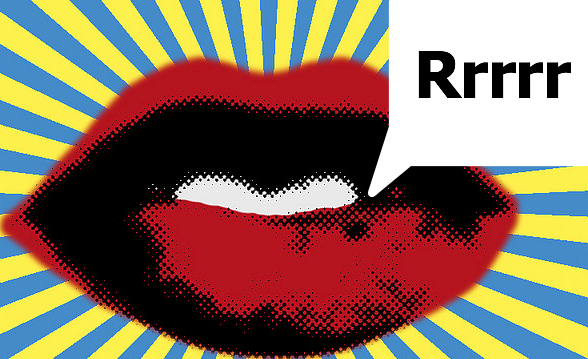 I found this funny video via the Matador Network and it’s sooo true! If you don’t speak Spanish, basically it’s about how words can mean completely different things from one country to another.

Here’s part of the chorus and Matador’s translation:

Basically, words that are harmless in one country can be totally offensive in another, or the other way around. There’s a TON of variation in what words mean because each country has its own slang, and there seems to be more variation than in English.

For example, I came to Spain for the first time well-prepared with insults I learned in southern California…which, of course, were mostly Mexican insults and nobody in Spain understood.

This does NOT mean “have a nice day”, but it might as well have to the Spanish.

I had another misunderstanding last week. Here’s what happened. I was hanging out with some people from South America who kept calling each other “marica”. I didn’t understand what it meant, so I asked if it had something to do with the offensive “maricón” (“queer” or “faggot” in English).

They said it was totally not related and meant something like “dude” or “mate”, which was confirmed by people from two different countries. So I proudly tried it out on a Spaniard, glad to have a new slang word.

I have a new slang word – I’m practically a native speaker!

Turns out marica is related to maricón in Spain, and is also pretty offensive. Thankfully, the Spaniard in question let me know before I kept using it! I thought maybe that was only a Spanish thing, so I rushed to Word Reference  to read about marica.

Still, it’s better than the time my Argentine friend invented a word every time I asked “Como se dice ____?” It took me a ridiculously long time to realize he was making things up!

Or the time my other Argentine friends told my German friend consolador was the word for “corkscrew”. She asked an entire party full of people where her consolador was, which made everyone laugh and say they didn’t know.

All I have to say is….¡qué difícil es hablar el español!