One Year of Life in Barcelona 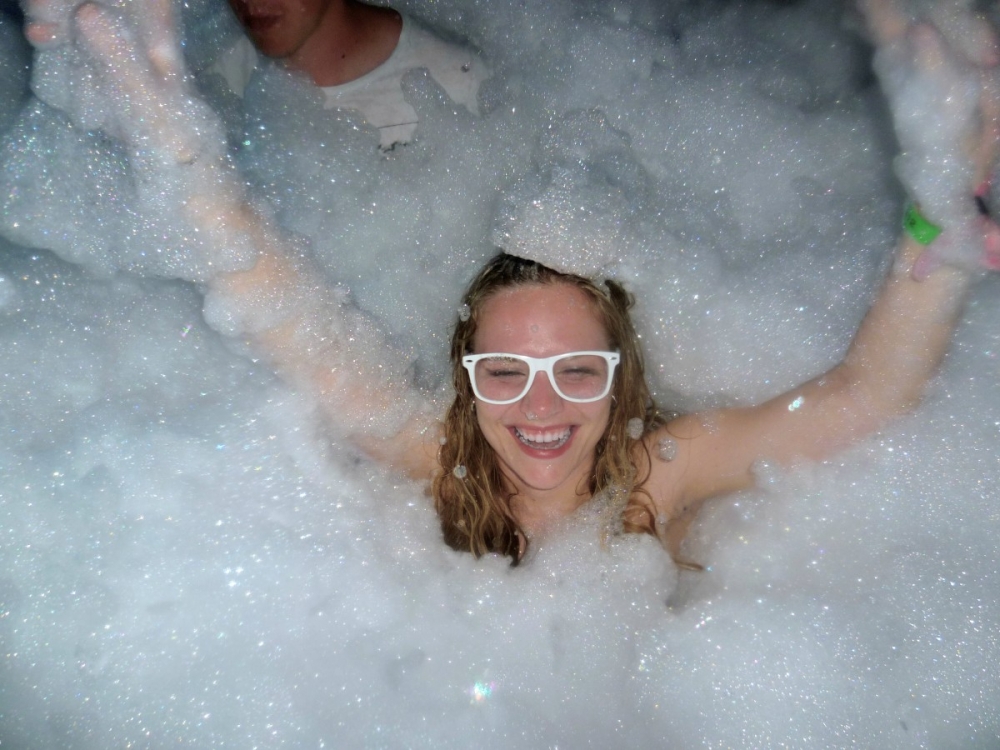 Wow, it’s officially been a whole year since I moved to Barcelona. It’s definitely been a rough adjustment, but I want to celebrate the occasion by talking about something that has gone well  – travel!

I’ve gotten to travel a lot in the past year. Here’s where I’ve been since I moved here, in chronological order:

Doing the California thing at Glen Ivy Hot Springs. Yep, I am covered in mud.

Whew! That’s a lot of travel.  That’s why my mum sent me a Barack Obama bookmark that was signed by ‘the president’ with “You travel more than I do!”

While that’s not quite true, I’ve been lucky to travel a TON. I’ve already got some new trips coming up – I just arranged trips to go to Berlin and Madrid, and I’m also trying to squeeze in another visit to see my family in England.

I’m also tentatively arranging a trip through Eastern Europe with some of my best friends, and I really really hope it comes through.  And I just might get to go to Pamplona to see the Running of the Bulls!

How do I get to travel so much? Well, I work for a website, so I don’t have to take my vacation days to travel if I can get Internet access at my destination. On top of that, they’re very nice and flexible.

Also, Spain is much more generous with its vacation time than the U.S. is. And of course, everything in Europe is so close together. A flexible job + lots of vacation days =  a very happy traveler.

Cheers to another year filled with travel! Thanks to everyone who’s kept up with my aventuras so far.