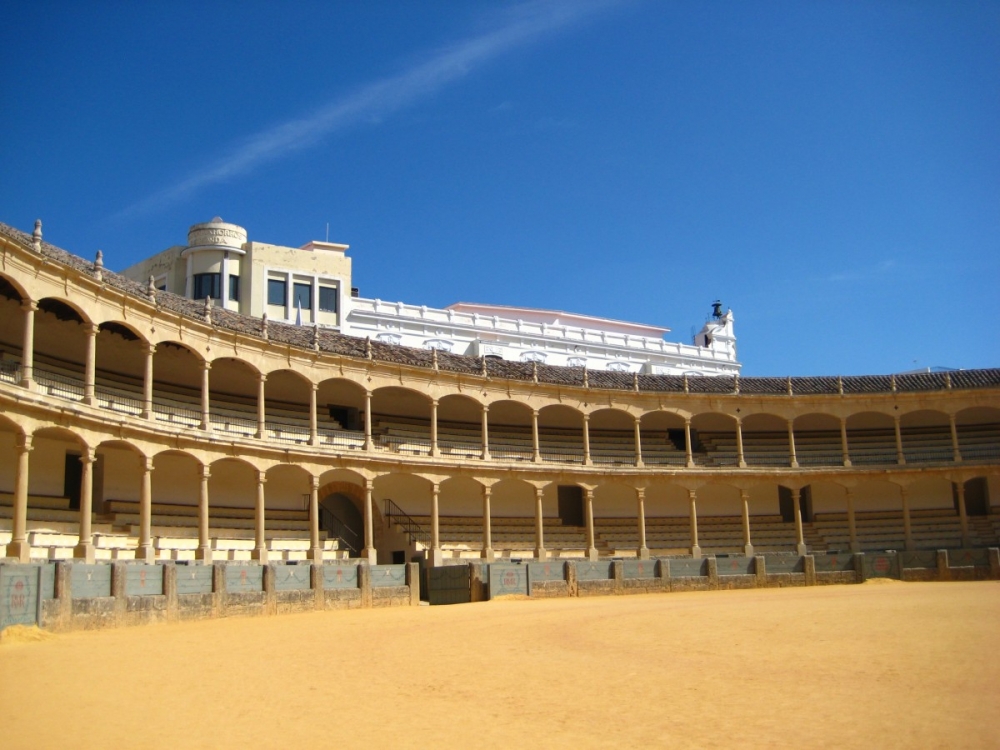 One of the major perks of studying and traveling in Andalucía for a semester was that I got to see the stereotypical side of Spain – flamenco dancing, tapas, and of course, bullfighting. Even though I’m not a fan of bullfighting, it’s not every day that you get to see Spain’s oldest bullfighting ring.

This is the oldest bullfighting ring in Spain in Ronda, Málaga. Or at least that’s what the people there told me! There seems to be some debate, but it’s at least one of the oldest.

Now, I have a bullfighting confession to make. I didn’t realize they actually killed the bulls at the end of the fights until I came to Spain! I thought it was more like a rodeo; it  honestly never occurred to me that they would kill it. So the museum and photo collection at the bullfighting ring were definitely a bit of a shock!

Since then, I’ve adjusted to the idea, but I refuse to see a bullfight and don’t support it. It seems like young Spanish people are much more opposed to bullfighting than older Spaniards (none of my friends support it).

Of course, it could be biased based on where I live. The Catalans officially banned bullfighting and held their last fight in Catalonia in Barcelona last September. The only other place in Spain that it’s banned is in the Canary Islands.

Andalucía, however, seems to have no plans to ban the traditional Spanish corrida de toros.

I’m curious – has anybody been to a bullfight? What was it like? For any Spain expats reading, what’s the attitude towards bullfighting in your region?