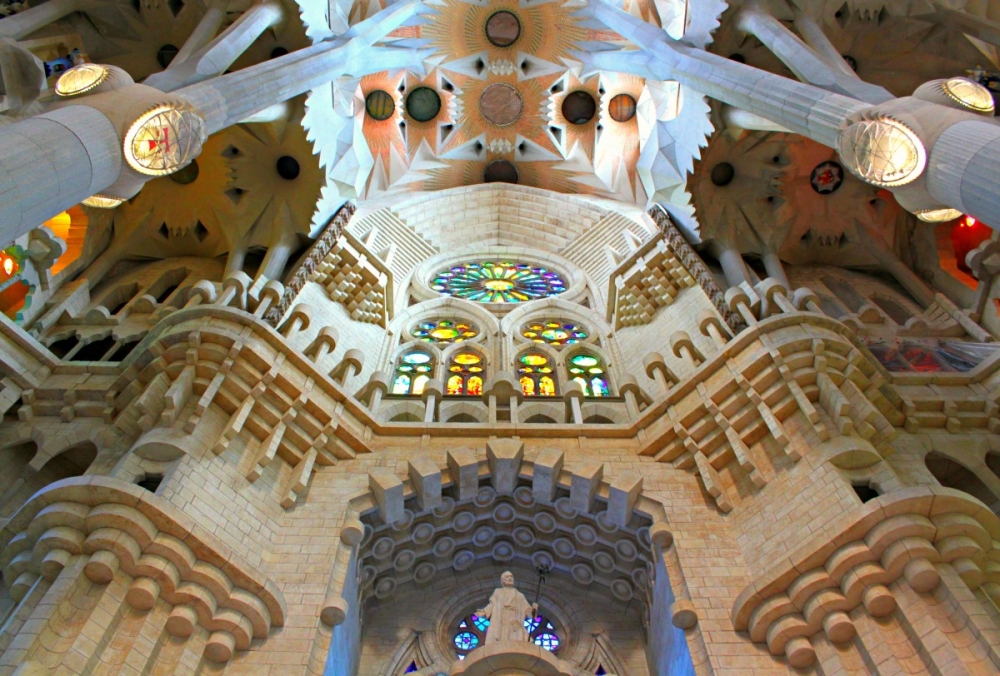 After doing my Where in Spain Wednesday series for a few months now, I just had to include a photo of the Sagrada Familia! It’s one of Spain’s most iconic buildings, and one of the most bizarre things I’ve ever seen.

This is probably Antoni Gaudí’s most famous work, and for lots of good reasons. First of all, it’s gigantic!   It’s also really, really unusual. The architectural details are like nothing else I’ve seen, and each side is different from the others. One looks like a traditional church, while another is all severe geometric lines. And of course, the most famous side looks like it’s melting!

But the coolest thing about La Sagrada Familia is that it’s always changing and evolving, as it’s only half-finished. I went inside for the first time in 2009, and re-visited during this year’s La Mercè festival (for free!). The interior has completely changed – last time I went it was full of construction cranes! As you can see, they’ve made a lot of progress.

The Sagrada Familia might look like it’s taking forever, but they’re optimistic that it’ll be done in 2026. It’s going to be about twice as tall as it is now when it’s finished – 568 feet or 170 meters!

This is definitely a must-see sight in Barcelona. It’s a little pricey to go inside, but hey, how often do you see a giant temple while it’s being built?