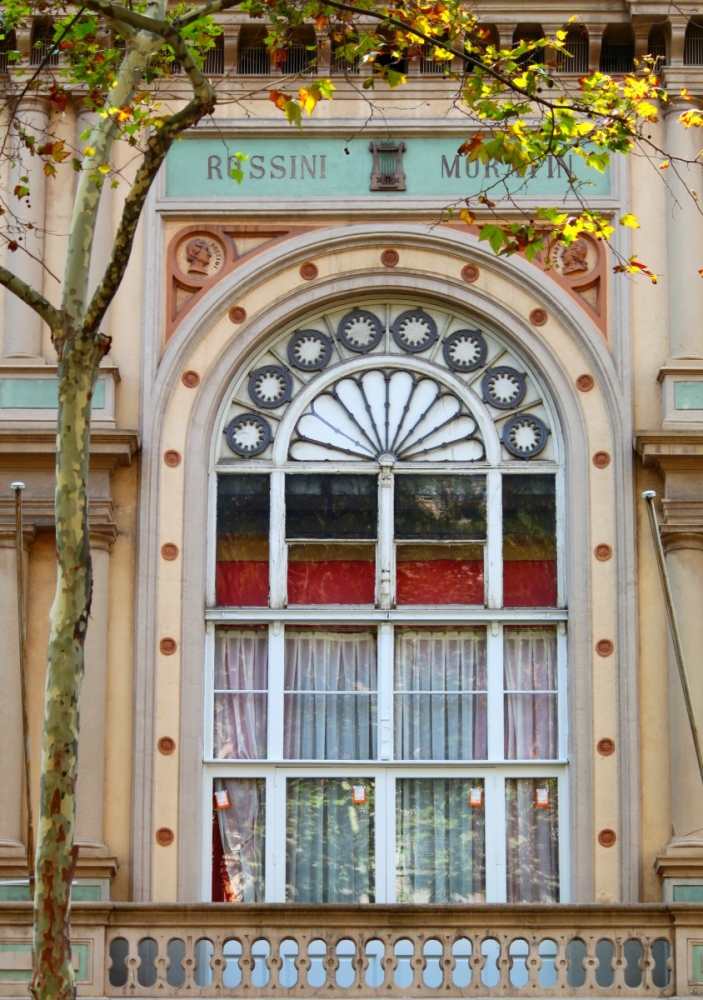 If you’ve ever strolled down Barcelona’s most famous street, you’ve probably seen the Gran Teatre de Liceu. It’s one of the most striking buildings on the street.

The opera house has been around since the mid-1800s, but within its first 20 years there was a big fire. In 1994, there was another fire that destroyed a lot of the opera house, so the building that exists today is partly a rebuilt version of the old theater, and partly the old sections that survived both fires. Pretty cool, eh?

Well, I assume it’s pretty cool; I’ve never actually been inside! Someday I’ll have to make a stop, but as opera isn’t really my thing I’m not sure when that will be.

(P.S. It’s a quick post today as I’m off out celebrating one of my favorite holidays – Halloween! It’s a little different in Spain, so I’m going as something scary for the first time ever and then heading to a five-story discoteca. Luckily, it’s already the weekend for me so I’m planning to celebrate to the fullest.)