Learning Spanish: Getting Over Feeling Embarrassed 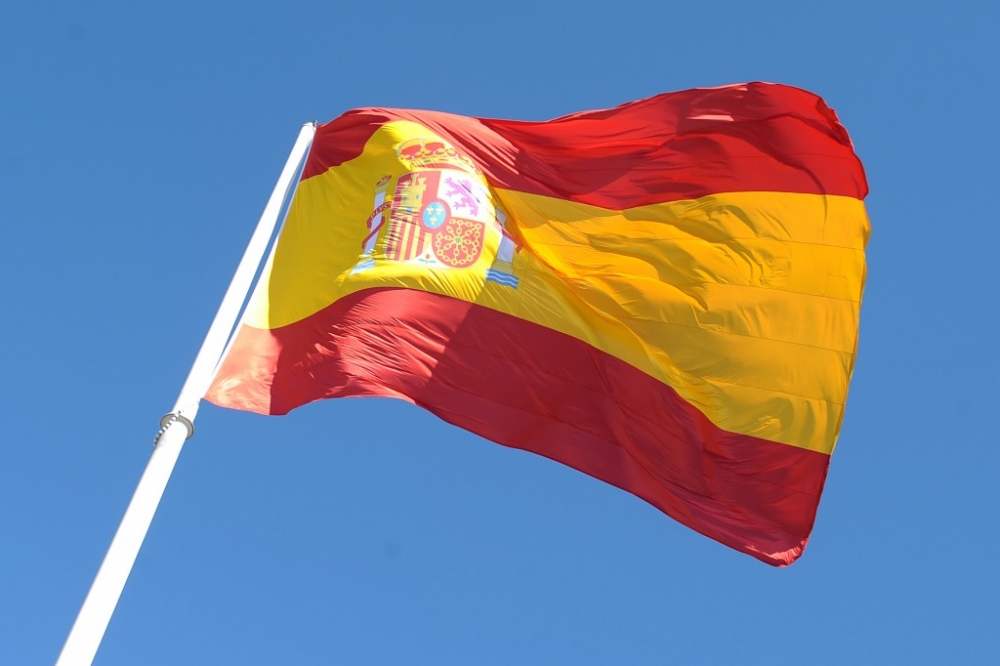 One of my biggest struggles in perfecting my Spanish is overcoming feelings of embarrassment and shyness when practicing the language. I thought that would go away once I became proficient at the language but that’s definitely NOT the case, sadly.

Let me preface this by saying I do speak good Spanish. I work as a translator for a website in an all-Spanish speaking office, so I have a pretty high level.  But I haven’t had too many formal classes, and have only studied it for about 2 ½ years.  My grammar is a weak point, but I thought I was doing pretty well on the speaking front. I was even riding high on a wave of confidence after a party where lots of native Spanish speakers complimented me on my excellent accent and speaking prowess. I even got mistaken for a local!

I was feeling like this – A+ in Spanish and IN LIFE!
Source: Shutterstock

A few days later out of nowhere, a Spanish friend said it was soooo obvious I was a foreigner, first because of my appearance, then because of my way of speaking, which he specified was a strong accent.

I shut up immediately. I felt my face flush red, and I stammered “But…but is it THAT strong?”

I have never, ever been told I have a strong American accent, or even an American accent at all. Strong American accents in Spanish are ones that people refuse to respond to in Spanish because, well, it sounds like the speaker is still using English. I was confident that I was NOT that type of Spanish speaker, though obviously I do have an accent. However, the worst comment I’d gotten before was that it was ‘weird but not bad’ – which is fair enough.

Like this – totally weird, but definitely not in a bad way! Source: VisualizeUs

Plus, as a sometimes-English teacher, I know very few non-native English speakers who I would mistake for native speakers because of their accents; however, this doesn’t mean they have strong ones. For me, a ‘strong’ accent is one you have trouble understanding, or one where you immediately know where the speaker is from. People never, ever guess I grew up in the U.S. from hearing me speak Spanish. Actually, I think I get Spanish-speaking countries more often than the U.S. So I’d never been too concerned about my accent.

A few weeks ago, I felt a similar way when a German friend laughed and told me “you always say THIS, and it sounds so English!” It wasn’t such a big deal then*, although I was still a little stung. I felt like she’d been laughing at me while I repeatedly made a mistake (even though she definitely wasn’t – she was just helping me out and being nice, while I was being overly sensitive).

*I was halfway through a cocktail, the perfect remedy for eliminating language-based shame!

Stuff like this really shouldn’t be such a bad deal, but it sometimes makes me feel very upset and embarrassed. And it’s not like I can just stop speaking Spanish while my pride recovers; I use it every single day, professionally and personally.

It felt like having somebody tell you your outfit looks ridiculous while you’re out. You are stuck in the silly clothes and there’s nothing you can do about, no matter how much you want to. When that happens to me, the first thing I want to do is shove the offending item of clothing back into my closet and change it for something better. Sadly, I can’t do that with my accent.

Here’s the thing – I know I definitely do make mistakes. Sure, chatting with natives is supposedly the only way to really learn a language, but I don’t get the error correction that’s so important in classes. If I make a mistake, I want people to TELL me, not let me keep doing it. Sometimes people feel weird about correcting me, but it’s certainly much worse for my Spanish if I keep making the same mistake. And then I really will feel dumb when I eventually realize I’ve been making it for ages and nobody has said anything about it….which is why I feel so upset about the comment about my accent.

To feel ashamed, humiliated, embarrassed, and worried as I went about my daily routine didn’t help me improve it either. Yes, I overreacted – I’ll be the first one to admit it! But sometimes it’s hard here. I automatically stick out for my appearance, and people make some pretty unpleasant assumptions based on that. Even though people sometimes attribute nice things to ‘exotic’ me, the downside of it is always, always, always being on display. I’ve had the luxury of never having this problem before in my life.

Now, I’m definitely not saying I’ve experienced any harsh discrimination, but it’s really strange and uncomfortable to stick out whether you like it or not. Some days, I want nothing more to just not be noticed. I try my hardest to always speak Spanish, even when I’m having ‘stupid brain’ days where nothing comes out right. So to basically be told “Nope, nice try guiri, but you still stick out no matter what” was not fun. I felt stupid.

Actually, I felt so stupid I didn’t even feel like going out to a party. Normally, I love parties – the bigger, the better – but I was too self-conscious about my voice that I just couldn’t work up the nerve to go to a party full of Spaniards. I didn’t want to stand out, or get laughed at.

The past few days, I’ve been stumbling over stuff I know exactly how to say and avoiding using Spanish. This isn’t good, and I know I need to just move on. But it’s hard to try, try, try, and then to still come up short – especially as I am pretty hard on myself about everything.

And here’s the real catch-22 – the more self-conscious you are, the worse your language gets. Nobody just starts out speaking a language perfectly. It’s a long, hard process, and maybe you’ll never get mistaken for a native speaker, even after years of study. That’s okay. Mistakes don’t mean you speak badly or can’t communicate. Everybody makes mistakes, and the trick to improving is just to stop stressing and move on.

Still, the world is allegedly ending on the 21st, so naturally everybody in Barcelona wants to throw a house party this weekend. Maybe I’ll gulp down a caña or two to take the edge off the sting of shame, head off to a party, and get back into the old español (excuse me, castellano – I am in Catalunya!).

And if the party looks like this, improving my Spanish can’t be that bad, right? Source: BBC

Because having struggled through months in Sevilla with no more Spanish than “¿Dónde está el baño?” and no English speakers in sight, I know I just have get over it and push forward.

That doesn’t make it any easier though.

Do any other language learners have tips for getting over feeling embarrassed?

*Also, let me emphasize one more time that neither of my friends did anything wrong or mean in these situations – the problem was my reaction. I’m afraid we had a minor misunderstanding, and I want to make sure the point I want to comes across. My friends are awesome and I love them to death.