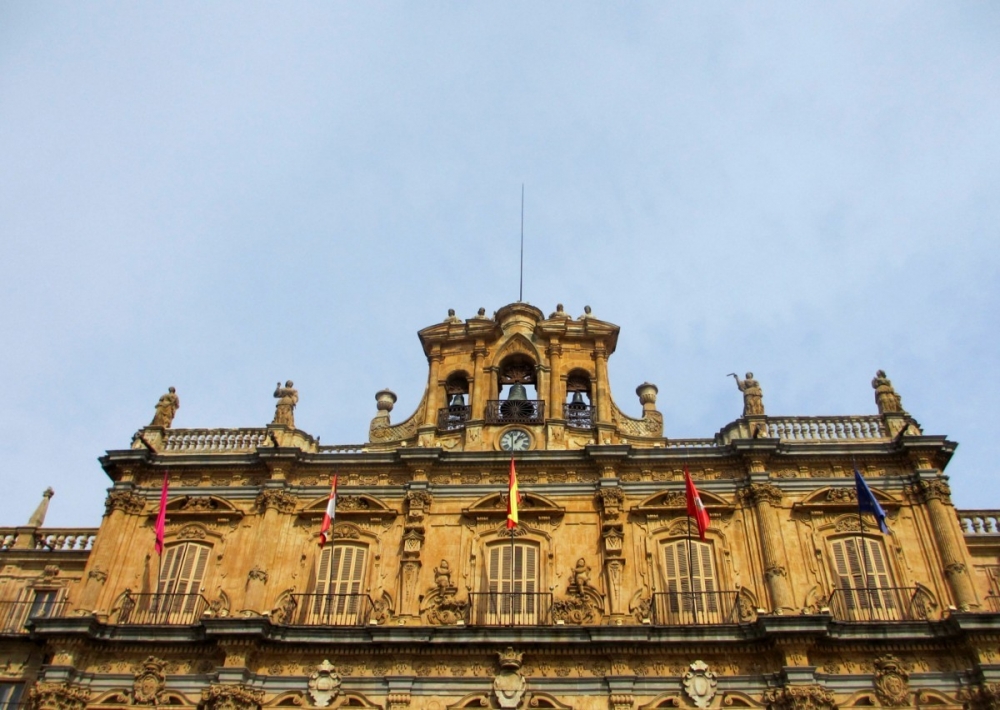 And of course, after a week of partying on the beach in a bikini, my immune system is shot. Between being sick and feeling cross about not being at a party, my ganas to do anything except stay in bed have disappeared. (Unless, of course, you happen to be hosting a foam party tonight. I might crawl out of my covers for that).

Anyway. Here’s my regular Where in Spain Wednesday post in an attempt to make my little cerebro get back to work. Let’s go to…Salamanca!

Salamanca has one of the most beautiful Plaza Mayors that I’ve seen in Spain. It’s also one of the biggest. The special golden stones change colors throughout the day, and are part of the reason Salamanca’s nickname is La Ciudad Dorada – the Golden City.

Although the Plaza Mayor is beautiful, there’s an ugly piece of Spain’s history on the walls. Lining the sides of the plaza are stone portraits of rulers and important figures in Spain, and that includes dictator Franco. References to him have mostly been destroyed, but this one is still there.

Anyway, that’s enough history for my brain. It’s time for another sleep sesh. Buenas noches, everyone!