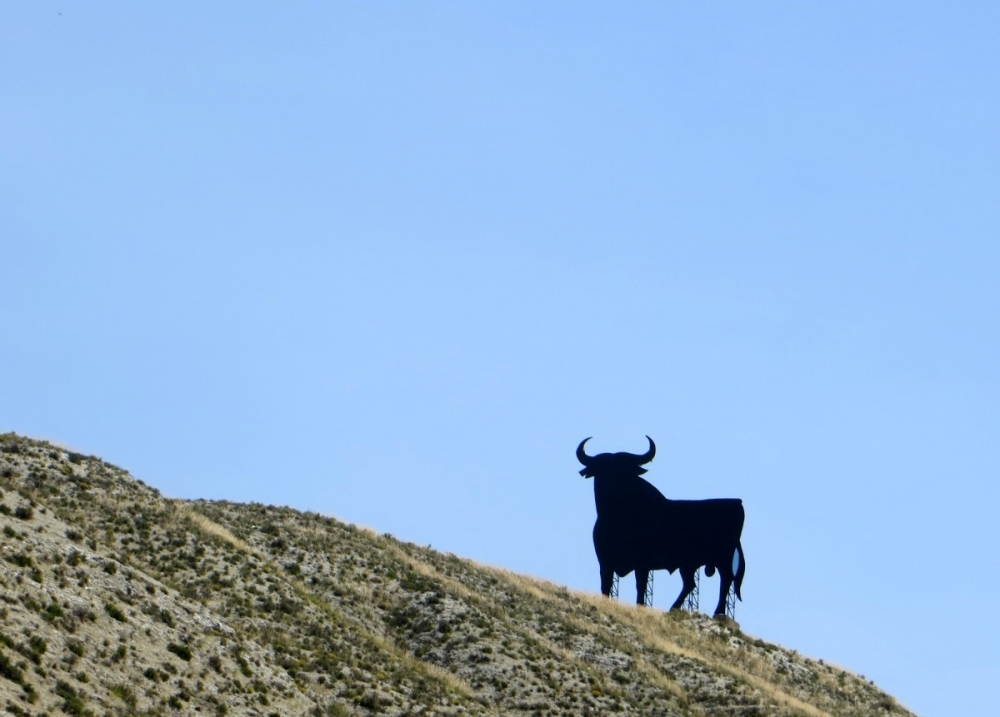 This week for Where in Spain Wednesday, here’s a pic I snapped from the car on my recent road trip to the Basque Country – one of the black bull silhouettes dotting the Spanish countryside.

It’s one of the famous Osborne bulls. What does that mean? Osborne is a sherry company with a bull logo for a type of brandy. They also had the brand name splashed across them originally, but it was blacked out after a Spanish law banned ads by the side of the road. It was a pretty sneaky way to keep the bulls up! They’ve transitioned from ads to unofficial symbols of Spain.

If you’ve ever taken a road trip in Spain, chances are you’ve spotted an Osborne bull.  Well, depending on where you go, actually. This one was either in the Basque Country or Navarra (I’m not sure where exactly we were driving), but both regions only have one bull, so I was pretty lucky to see it.

Not surprisingly, there are zero in Catalunya, as large displays of “typical Spanish” pride are often seen as mildly repressive at best and fascist at worst. The last standing bull was torn down in 2007 by a group of Catalan independence supporters who spent 3 hours taking down the 14-meter bull, then took some extra time to enjoy stamping on it for good measure (El País).

Have you ever seen an Osborne bull?