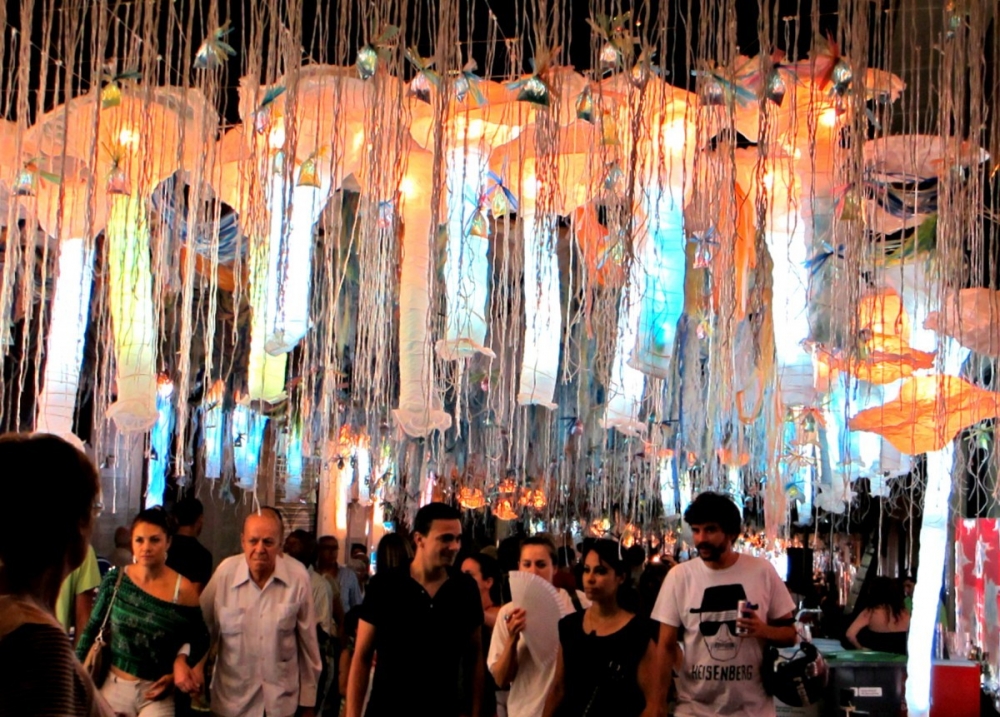 We’ve officially hit mid-August (how scary is that??), so that means one of my favorite Barcelona events is here – the Festa Major de Gràcia!

Barcelona’s Festa Major de Gràcia is a huge street party that takes place during the third week of August every year in the Gràcia district (my new neighborhood!). And it’s not just your average neighborhood bash. No, this one is really something special.

Each street decorates according to a theme, and the majority of materials are totally 100% recycled. You can see glittering flowers made of plastic bottles and Christmas lights, or cactuses sculpted out of soda cans and white beans for the spikes.

This street won the prize for Best Lighting last year. Walking through was kind of like going through a psychedelic underwater scene with luminescent jellyfish hanging above. I’m not sure if that was exactly the effect they were going for, but I liked it!

To find out more about the Festa Major de Gràcia, check out the official site, which lists times and places for all the events. Yep, in addition to the amazing decorated streets there’s tons of live music, human towers called castellers, and the dangerous but exciting correfoc – the fire run.