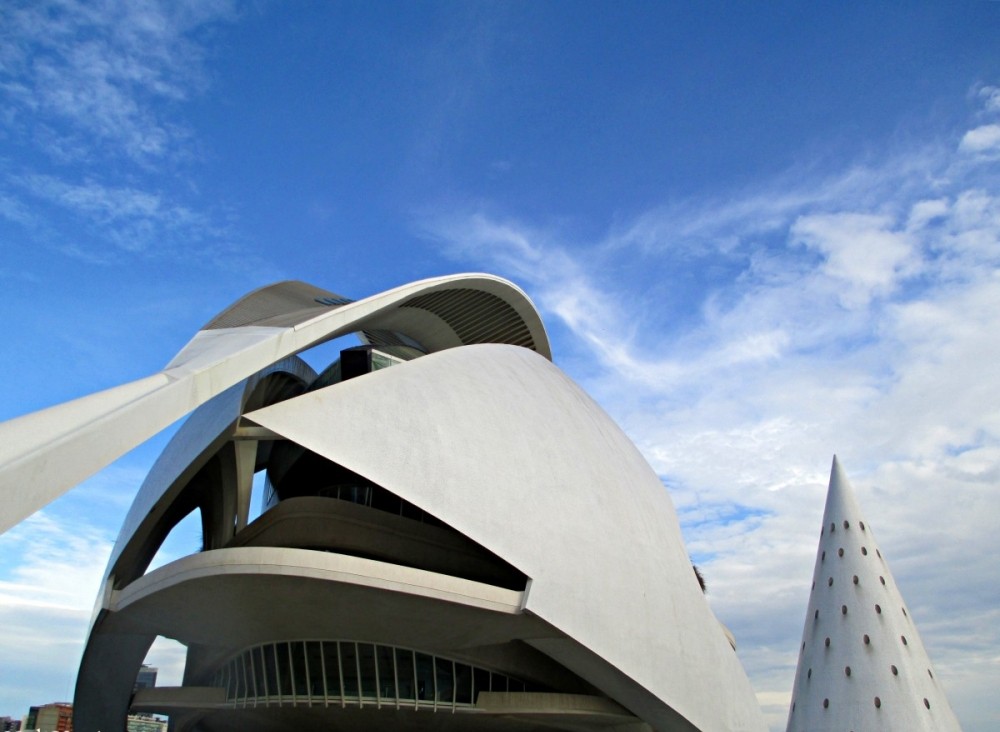 Annnd I’m back in Barcelona! After a two-week trip to California, I’m back to things as usual and battling jet lag. Doing anything more than sleeping an obscene number of hours a day is beyond me at the moment, I’m afraid, but I managed to keep my ojos open long enough for this week’s Where in Spain Wednesday – the Valencia City of Arts and Sciences building.

I’m a big fan of snapping away at interesting bits of architecture, so it may not come as a huge shock that I have approximately a million pictures of the Arts and Sciences building. It’s an angular white complex full of museums and surrounded by bright teal fountains. The structure is based on fish and whale skeletons, although the front bit reminds me more of one of those Stormtroopers from Star Wars than anything else.

The day I was visiting Valencia for Las Fallas, a brave (read: drunk) soul decided he felt like scaling the front section of the helmet-y bit. He managed to run all the way up to where the white bar starts curving back along the top of the building, and soon lots of other brave souls had a go too. Their, er, high spirits (bad drinking pun intended) were cut short when the police realized something rather interesting was going on and swung by. (Coincidentally, we decided around the same time that it was suddenly quite appealing to take our bottles of wine for a visit to another part of the building).