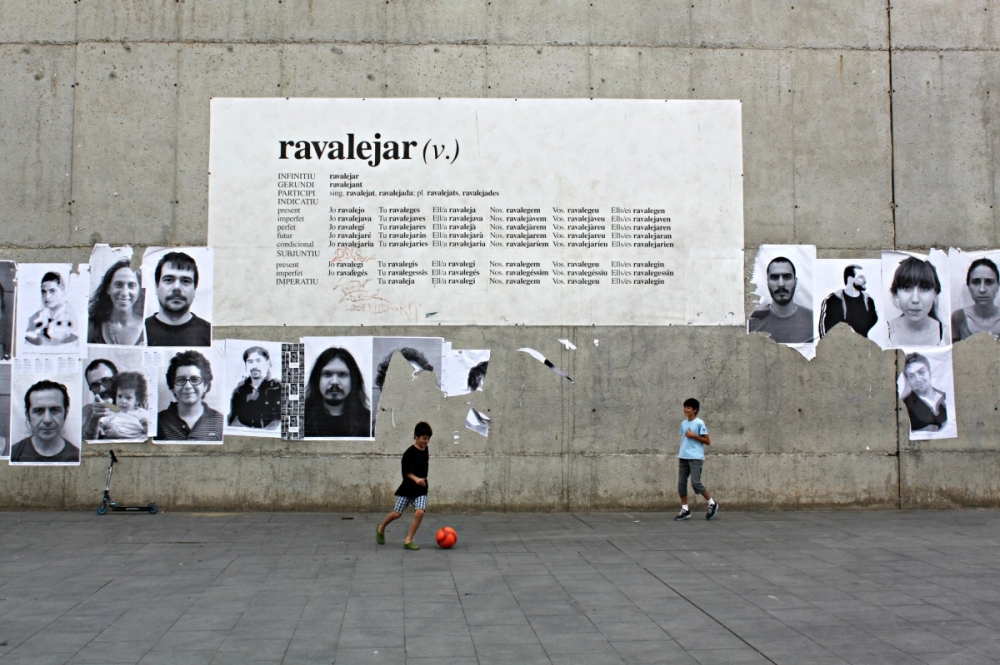 Hello everyone! For this week’s Where in Spain Wednesday, we’re stopping by Barcelona’s Raval neighborhood, which gets a bad rap for being generally sketchy. But there’s another side of this district that’s much nicer – it’s cool, artsy vibe.

This public art exhibition was just off of the Plaça dels Angels, a square close to two of Barcelona’s best contemporary art museums, the MACBA and the CCCB (by the way, the excellent World Press Photo exhibition goes until this Sunday at the CCCB! I highly recommend it). With all the artsy vibes going around, it’s a great neighborhood to stroll around.

This particular display has two parts. The “Ravalejar” part literally translates to “to Raval” (so the Catalan “ravalejant” would be “Ravalling” in English) as a local joke. Yep, the neighborhood is so distinctive it gets the Google treatment (I’m talking about “Googlear“, or “Google it”, of course! 🙂 ).

The photography section is a mix of art and activism dedicated to the Taksim protests in Istanbul earlier this year. The photos are of victims of police violence during the protests. There was also a group of Turkish and Catalan activists on hand with short biographies of some of the injured victims, along with a piece of paper so you could write them a letter of support if you wanted to.

But the two boys playing soccer in front of it were just happily having a kick about on a warm weekend afternoon.