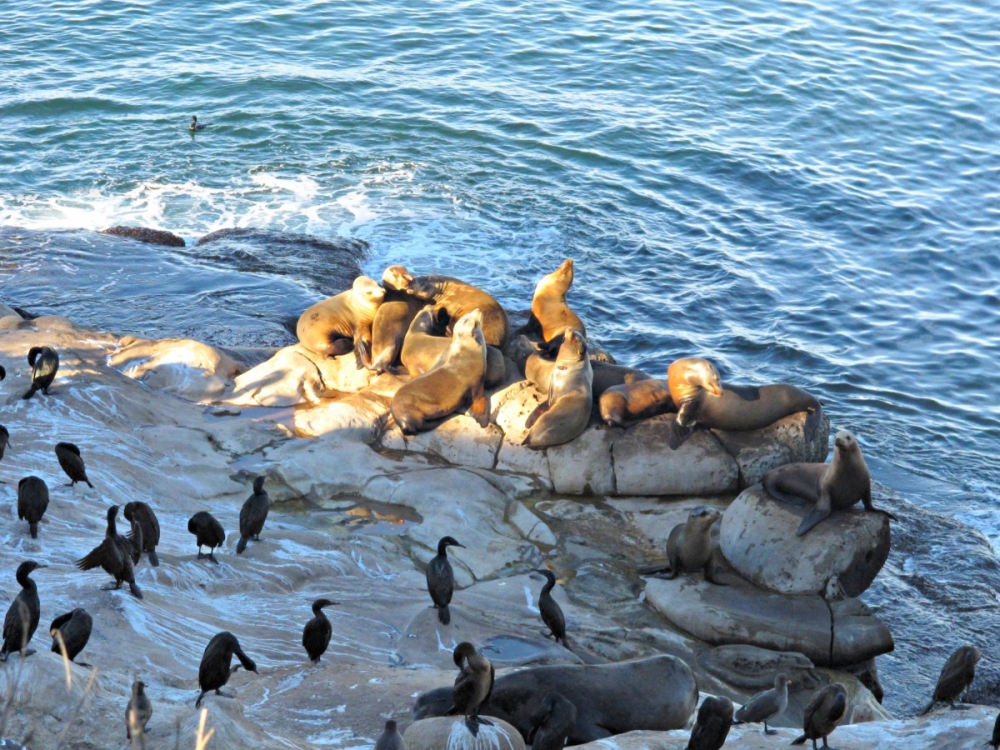 This holiday season, I’ve been lucky enough to get three lovely weeks at home, which I’ve spent alternating between traveling to my favorite spots in the Golden State and sitting on the couch doing nothing.

(That’s why things have been a little slow here – I’ve been off and traveling for the New Year…and then sick afterwards, like always!).

One of the best parts about coming back home after being away for a while is that you get a fresh, new perspective on things. It’s fun to play tourist in your own backyard, and here are some of the highlights of my trip so far!

The day after I arrived, we took off to Newport Beach (a.k.a home of my favorite guilty pleasure The O.C.) to watch the annual Christmas lights parade. But this isn’t your standard Christmas parade; instead, you get to go on a cruise from Balboa Island and watch the lights on the beach from a boat! It’s definitely a different take on Christmas light watching, and it’s a whole lot of fun. We almost missed it because of traffic, so if you go, leave hours earlier than you actually need to be there.

Checking out my hometown’s holiday highlight

OK, the place I grew up really doesn’t have a glamorous reputation. The typical response to finding out where I’m from is an apology or a cringe, but Riverside really isn’t as bad as the rest of the state would have you believe. Don’t believe me? Try going to the annual Festival of Lights around the holiday season and just try not to be charmed by the glittering Mission Inn hotel decked out to the brim. Go on, I dare you not to feel at least a little cheery.

La Jolla is one of my absolute favorite beaches in California, and I had a great afternoon there checking out the beach and a glamorous rooftop restaurant overlooking the Pacific. If you’re a fan of wildlife, you’d almost certainly enjoy a day at La Jolla. I explored sea caves, watched cormorants fight for a position perched on the sea cliffs, and laughed at the silly sea lions barking at the waves.

Mixing old and new friends to ring in the New Year

Getting to know a new part of San Francisco

I’ve been to San Francisco a couple of times, but I still don’t feel like I’m very familiar with the city. This time, I got to see a neighborhood that I’d never explored before – the Mission District. It’s almost like stepping into a different country with all the restaurants’ names in Spanish and the brightly colored murals splashed everywhere. I also loved the contrast between the glamorous buildings and how run-down some of them are. Plus, I was proud to get the chance to show off my Spanish skills in a taquería!

This was only my second time ever wine tasting, but I think it’s something I could get used to. Even though I’m terrible at picking out the flavors (“This one smells like….an old basement! Definitely getting old wood here.”), I can definitely get in on relaxing outside in the sunshine and getting to taste lots of fancy wines. This time, I went with a friend of a friend who’s a Sonoma local, so she knew the tricks to getting great deals (just saying “I’m local” seems to go a long way).

Oh, and before I forget – happy new year! Here’s hoping 2014 will be an even better one.

How are you celebrating the holiday season this year? What did you do to ring in the new year?