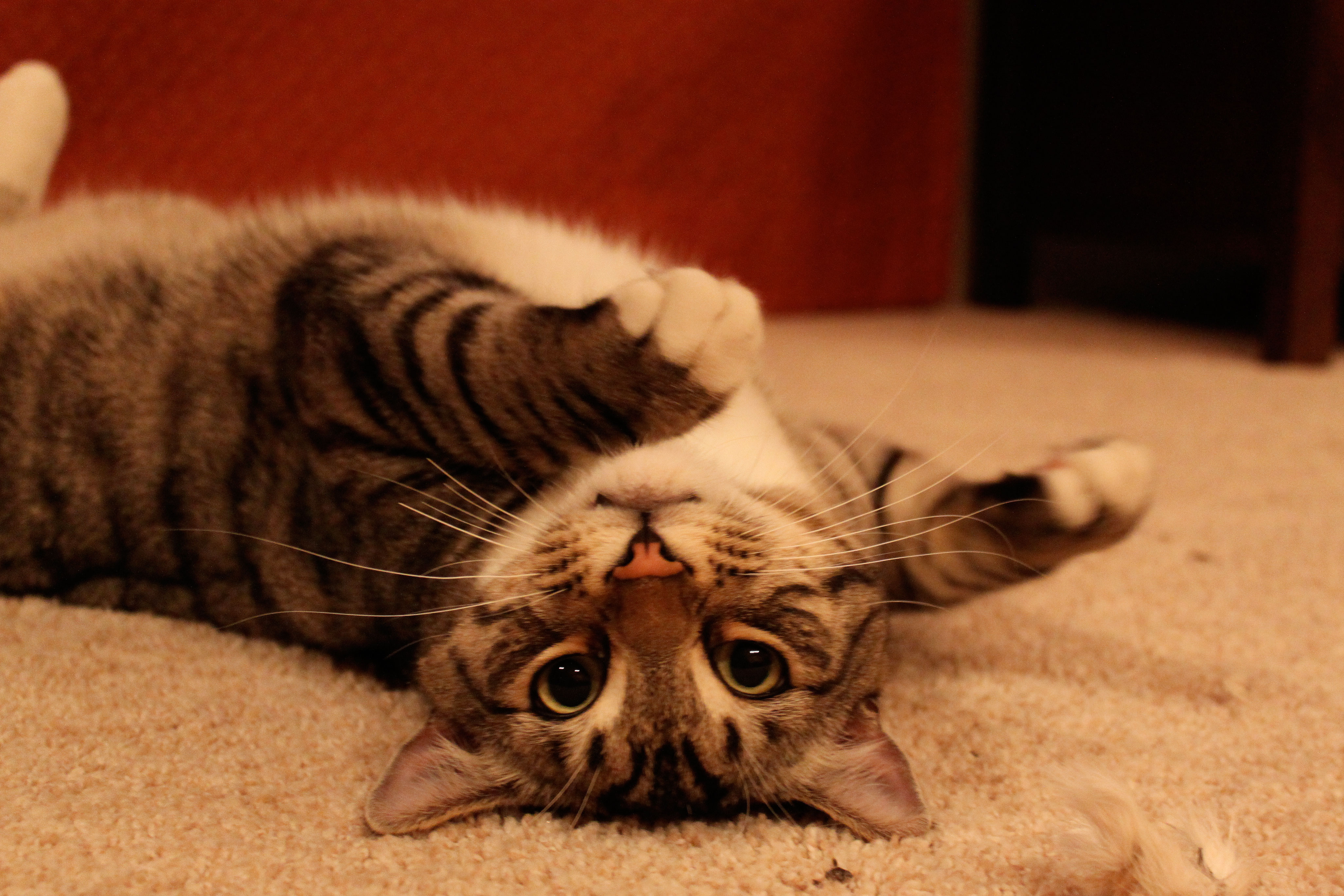 Learning Spanish can get really boring. When to use which article (ugh), when to use the ‘estaba’ past versus the ‘estuvo’ past (ugh), the subjunctive (TRIPLE ugh)…there are definitely parts of it that are, shall we say, less than invigorating. But there is one thing that I absolutely love learning in Spanish, and that’s bizarre expressions. Lately, I’ve encountered more than few funny phrases involving my favorite furry beasts of all – cats! So, I’m pretty excited to share the best Spanish cat expressions I’ve picked up.

If we’ve ever talked in real life, chances are I’ve shoved my Instagram under your nose and made you look at at least one picture of my adorable, gigantic pet cats. Naturally, the excuse to force even more people to look at my cats’ charming photos AND at the same time share my new favorite Spanish cat expressions is a two-for-one deal for me

Let’s start off with an easy one…

What it actually means: Same as in English – there’s such a thing as too curious.

Whatever it was, it wasn’t us.

What it actually means: It’s making fun of people who over-complicate things that make solving the problem much harder in the end. Just imagine trying to put a pair of gloves on your pet cat…

Look at those little white gloves he has on. That’s why he’s not going for the mouse.

Literal translation: At night all cats are brown.

What it actually means: Apparently “All cats are grey in the dark” exists in English, but I’ve never heard it. It has a bunch of different meanings, like that everyone is the same under some circumstances so the differences don’t matter. Another one, coming from Mr. Benjamin Franklin, is used as a justification to hook up with an older lady…or to bring cats back into it, a cougar!

You might think these kittens are all brown, but it’s just a night-vision photo. (Retrieved via Funtrest.net)

Literal translation: Let’s see who puts the bell on the cat.

What it actually means: Let’s see who’s going to be the first person to do something hard. To take the plunge.

Literal translation: To take the cat for a hare.

What it actually means: To rip someone off, especially when someone tries to sell you something that looks good, but is actually of poor quality. It comes from trying to pass cat meat off as hare meat.

This guy isn’t happy about being ripped off…or wearing the bunny ears. (Retrieved via KittenToob)

Literal translation: To look for three feet on the cat.

What it actually means: To complicate things unnecessarily or go looking for trouble. In some Spanish-speaking regions, they say to look for five feet on the cat, which makes much more sense (I’m pretty sure you’ll find three feet fairly easily on most cats).

Go on, I dare you to find my fourth foot in this picture.

What it actually means: Something’s not right. In English, we might say “I smell a rat” or “there’s something fishy” (funnily enough, both things my cats love to eat).

The daft one gets himself good and encerrado in the kitchen chair.

Literal translation: We are four cats.

What it actually means: It’s a small group of people.

Literal translation: To be as happy as a cat tummy-up.

What it actually means: To be really happy! Come on, have you ever seen a happier cat than this one?

I hope you’ve enjoyed learning some funny Spanish expressions with cat! As one last attempt to make somebody look at my cat photos, here is proof of just how giant the big one is (note: I am a fairly small human, but not abnormally so):

Do you know any other fun expressions involving cats?