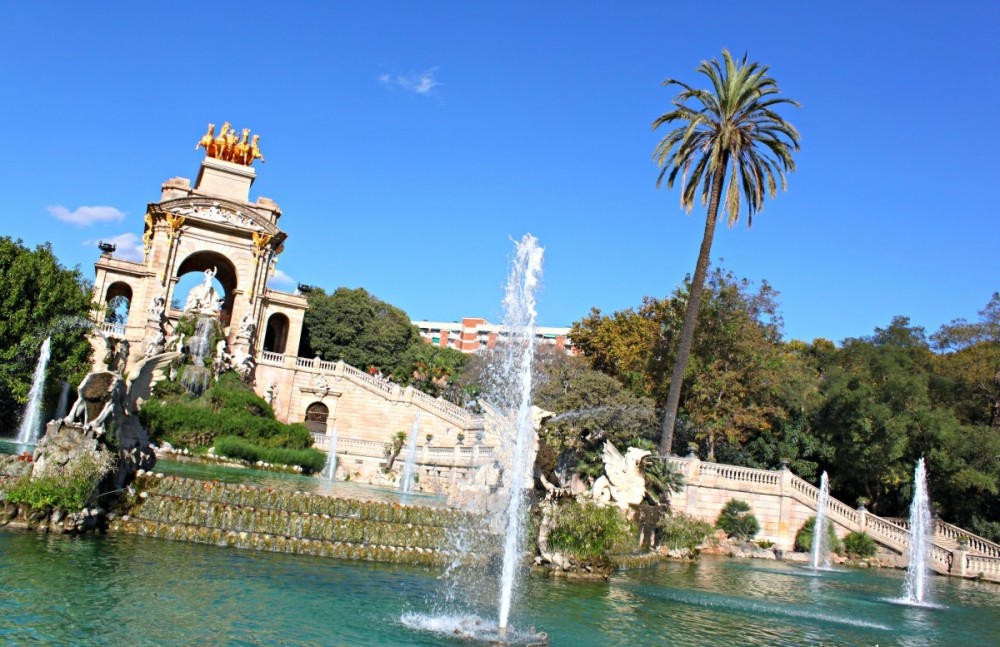 It’s springtime, which means it’s time to start cringing at the thought of how little working out I did over the winter (whoops). Instead of lazing about on the couch, it’s time to leap into action and start Operación Bikini, as the Spanish call it.

In honor of the occasion, I’ve collected a list of great places to go running in Barcelona. If the mood so strikes me – which, to be fair, it probably won’t. If I go running, it is almost always because of guilt and shame, sheer vanity, or to impress a boy (all actual reasons I have gone running).

In the meantime, if anybody has any ideas for how to actually enjoy running, I’m all ears! 😀

Mark Zuckerberg was recently snapped having a jog up the side of Montjuïc – so if he does it, it’s got to be cool right?

Snarkiness about staging a photo op to show off your exercise habits (that’s like the ultimate braggy Facebook update), the hilly paths of Montjuïc are a great place to go running. There are lots of different trails, many of them surrounded by pretty green leafy things, and some truly fantastic views to be had.

This is a great place to run for people who like being near the water, as it goes around the port of Barcelona. You can run all the way to Parc de la Ciutadella from the end of the Ramblas, and  if you fancy a really long run, you can join it up with a run along the beach as well.

Did you know that Barcelona has the largest metropolitan park in the world? At 22 times bigger than Central Park, the Parc de la Collserola is seriously huge. That means there are also plenty of fantastic places for all sorts of runs. Just take a look at the park map before you set off, or you might be running for longer than you’d planned!

This park tucked right next to the Born neighborhood is a popular spot for picnickers, partiers, and joggers alike. With lots of wide sandy paths, this is a great place to get away from the trafficky city center and run in peace.

You can also take a turn out of the park and run towards the beach quite easily.

This winding stretch of path is definitely way off the beaten tourist track. It’s got gorgeous views of Barcelona from up high, and goes through the middle of lots of leafy sections of the park. It’s also a great place for cyclists, and there are plans to have it become part of a cycle track that will circle the entire city.

From Plaça Francesc Macia onwards, Diagonal opens up and has a wide section perfect for getting a bit of “footing” time in (as they say here). You can even make a stop at the pretty Parc de Cervantes near the top, or run all the way down to where Diagonal meets Passeig de Gràcia and admire the modernist masterpieces as you jog by.

Though Parc Güell now charges an entrance fee, there’s still a huge amount of the park still open to the public. There are a bunch of different trails you can use, and of course, your surroundings won’t be too shabby either! It’s not every day you get to run through a Gaudí masterpiece.

Barcelona has miles of coastline right in the city itself, which includes a long, smooth path right alongside the beach. It’s no surprise that it’s a favorite amongst running types in Barcelona. Plus, it comes with the pleasant bonus of being able to take a dip in the sea after you finish your run. Ahhh!

That’s my roundup of great places to go running in Barcelona! Do you know of any other spots I should be checking out next time I’m feeling guilty and/or vain enough to go for a jog?