Bicing – the best way to get around Barcelona! 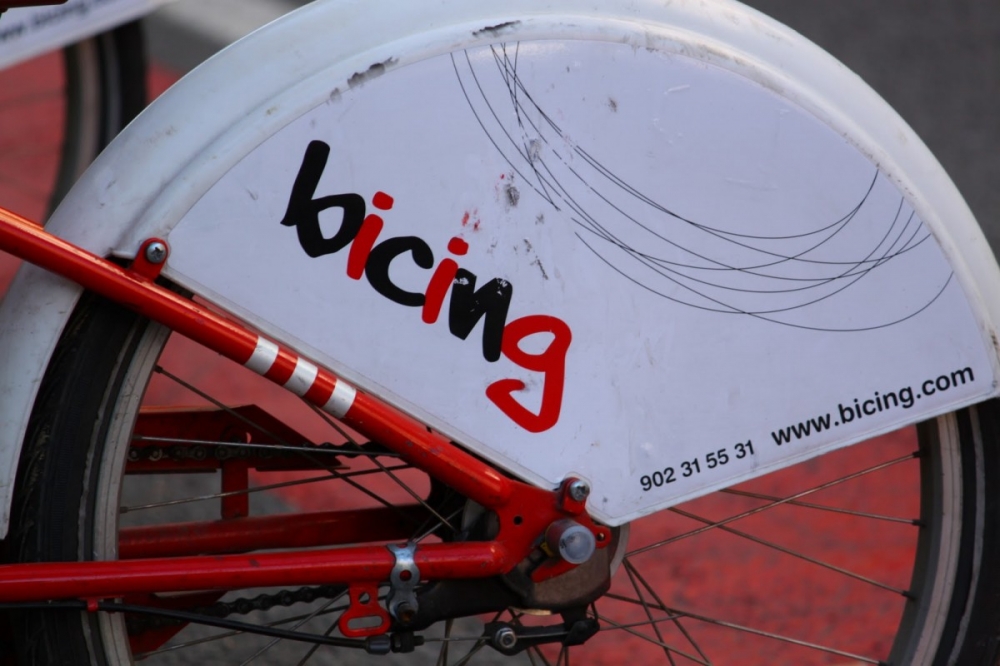 Europe’s known for having better public transportation than the States, and Barcelona is no exception. I love the metro (opens as 5 a.m., and it goes til 2 a.m. on Fridays and 24 hours on Saturdays!), which goes practically everywhere. The buses are great, although I rarely take them. They even run a night bus service, so even if I’m stranded at a distant nightclub on a Wednesday night and exhausted by the early hour of 3 a.m., I can still get home easily. And the trains are pleasant and comfortable. But my favorite form of public transportation by far is BICING!

What’s Bicing? It’s so cool, it’s a public transportation bike service. It’s got tons of stations all over the city (almost 400, according to Wikipedia), and you just swipe your card, take a bike, and go! It’s much cheaper than the metro – a year costs €35, versus €51 for a monthly pass for the metro (but it’s not like I ever pay for the metro). My user data says I’ve used it 70 times since the 28th of July, so it’s a pretty amazing deal for me.

I use it to go home from work (about 3 miles) and to do pretty much everything else. I’m becoming an artist at arranging bags of shopping on the tiny platform the bike has to put your things on. And, of course, it’s so much nicer and healthier to travel by bike than get on the metro or bus. It’s actually sometimes even faster, and Barcelona has quite a few bike lanes on the main roads.

The downsides of Bicing? Sometimes the stations aren’t very conveniently located or hard to find. The bikes are occasionally in terrible condition – I’ve had ones with flat tires, only one functioning gear (unfortunately the high one!), and the scariest ones where the brakes don’t work (which of course I discovered trying to stop at a trafficky street!). And I’ve got such short legs that the seats are just a tiny bit too high for me.

In terms of the program setup, you can only use it if you are some kind of resident with documentation. So my flatmates from Brazil who are only here for 6 months can’t get a Bicing card, as the process to be considered a resident from a non-EU country can be difficult. Obviously it means tourists can’t use it either, even though similar services in different cities (Sevilla, for instance), do let people buy day or week passes.

But I definitely think the pros way outweigh the cons. It’s cheap, quick, healthy, environmentally friendly, and enjoyable to use.  One of my goals for October is to use the service even more than I do now, which is at least 6 days a week. Plus, ever since I finally got caught and ticketed on the metro for jumping the barriers, I’ve been very keen on using the cheap service I actually paid for! Viva la Bicing!