Getting in Touch with your Inner Hippie in Ibiza 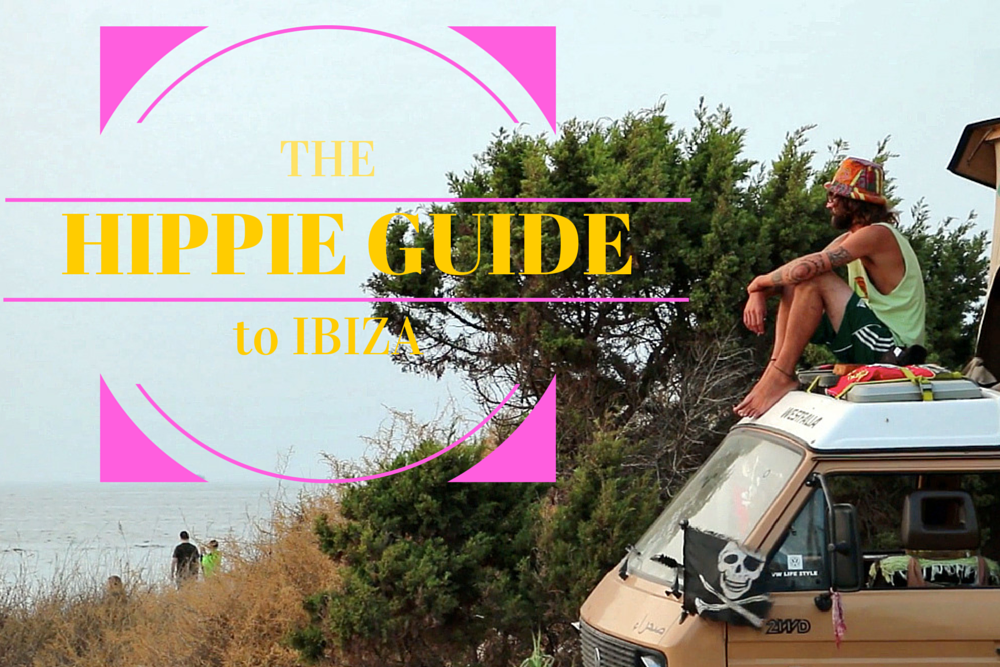 Ahh, Ibiza – the island of pristine white sands, crystal-clear turquoise water, and achingly beautiful sunsets. In other words, it’s a clichéd travel brochure writer’s dream, because all of these things are actually 100% true about the island. It’s no wonder that it’s been hippie haven ever since the 1960s.

Today, its infamous party scene is much more likely to make headlines than its gentler side, but you can still find a touch of its hippie roots if you know where to look.

Luckily, most of the time, you don’t have to look very far. Ibiza’s hippie influence lingers all over the island.

Kick back on the gorgeous beaches

Ibiza + beaches = no-brainer. If you’re going to be paying a visit to the Isla Blanca, I’m pretty sure you’ll already know that the beaches are a major part of its allure.

This little island packs in over 18 kilometers of natural sandy beaches to discover. Whether you love partying it up all day and night on the beach or would rather peacefully relax in a raw, natural environment, there’s a beach for you in Ibiza.

Ibiza’s official tourism page has a great listing of beaches by the area of the island. As I discovered on my most recent visit, Ibiza is much bigger than it looks, so it’s handy to check out if you’re going to be visiting.

Leave only footprints on the beach.

And if you have some extra time, then plan a day trip to neighboring island Formentera. The beaches there are even more amazing, and are my favorite I’ve been to in Spain. For a California girl to give a beach her stamp of approval, you know it has to be good!

Check out the bustling hippie markets

There’s no better place to see Ibiza’s hippie culture in full swing than at Las Dalias, a sprawling outdoor flea market that just keeps getting bigger and bigger. Its origins date back to the 1950s, and it still captures the hippie spirit today.

There are a few tourist traps jammed in between the stalls, but if you look closely there are plenty of very talented artisans creating one-of-a-kind handmade items. It was all I could do to not spend all my savings here!

Wandering through the stalls, you can find everything from girly flower crowns (a personal favorite) to quirky jewelry and scarves to add a touch of hippie style to an outfit.

Las Dalias may be the biggest hippie market in Ibiza, but it’s not the only one. The other biggie is the Punta Arabí Hippy Market, although I haven’t been there myself to see it in action. There are also lots of other smaller hippie markets scattered around the island.

Check the schedules online for the markets, because a lot of them open more often in the summer.

Get all dressed up in Ibicenco style

Did you know that there’s a fashion style specific to Ibiza? Yep, it’s called ‘ibicenco style’, and it’s the perfect mix of laid-back and glamorous.

This is another way that the hippies have left their print on the island – the relaxed clothing style was invented by them, as they combined their sense of fashion with the clothing that local farmers wore. You’ll find tons of shops selling white cotton outfits all over the island, especially in the city center, because that’s the island’s signature look.

The cool part about ibicenco style is that you really can wear it anywhere on the island. Things here tend to be pretty relaxed about dress codes, so a flowy white dress can take you from a day at the beach straight to a chic Mediterranean restaurant.

If I lived here, I think my closet would consist entirely of these lazily elegant outfits. (And had I taken a bigger suitcase to Ibiza, I might have come home with quite a few!).

Chill out and enjoy the sunset

Ibiza is all about chilling out – so much so that there’s even a type of music, chill out music, that originated here. Let me just say that chill out music does exactly what it promises to. It’s so relaxing!

And the best places to enjoy chill out music are the huge selection of hip bars and cafés that offer ridiculously cool settings to enjoy the natural beauty of Ibiza. The most famous one is Café del Mar, which is pretty fantastic. I’m also a fan of Tulp in Sant Antoni.

But my latest discovery from my most recent trip is by far my favorite – Kumharas.

Located right on the beach, this big open-air bar and restaurant has tons of space to spread out and enjoy being on an island. Kumharas was started as a community project by a hippie collective, who dreamed of sharing cultures from around the world in an open, natural space.

It’s got fantastic views of the sea, especially at sunset, as the sun sinks down and dips beneath the horizon, accompanied by waves of chill out music gently pulsing from the DJ booth.

Go to an open air party

Today, Ibiza is famous for its mega-clubs, but did you know that the roots of those gigantic clubs are actually thanks to the 60s hippie culture?

Yep, even though it seems like the two things might not have much in common, some of these ridiculously large clubs were originally open air hippie parties, before local authorities forced the parties to go indoors.

Site note: by ridiculously large, I mean some of them are literally big enough to be villages on their own. Privilege, the biggest of them all, can hold 10,000 partygoers. The main room of the club is as big as an aircraft hangar. Really.

Anyway, even though the hippie parties have evolved over the years and are now held in glossy nightclubs where A-list DJs command the stage, you can still check out some low-key party scenes in Ibiza.

Where? Las Dalias again! The marketplace shifts gears at night and puts away the market stalls. Out come the bands, plus a few stands selling essential glittery party accessories. There are a handful of bars and cafés, so grab a drink and then see what these open air parties are all about.

Although you may be able to guess what the vibe is about from the name alone – the biggest party at Las Dalias is called Namaste.

Ibiza’s hippie culture is definitely still present on the island, just so long as you can look past the hordes of drunken tourists to find it.

And actually, the hippie part of the island is the part that I like the best. It’s much more special and unusual than anything that a nightclub can offer you… even if that nightclub does throw some fabulous foam parties.

Where there’s love, anything is possible.

Did you know there was so much hippie stuff to do in Ibiza? Which way would you most like to get in touch with your inner Ibizan hippie?

Besos (or perhaps I should say ‘namaste’ this time!)