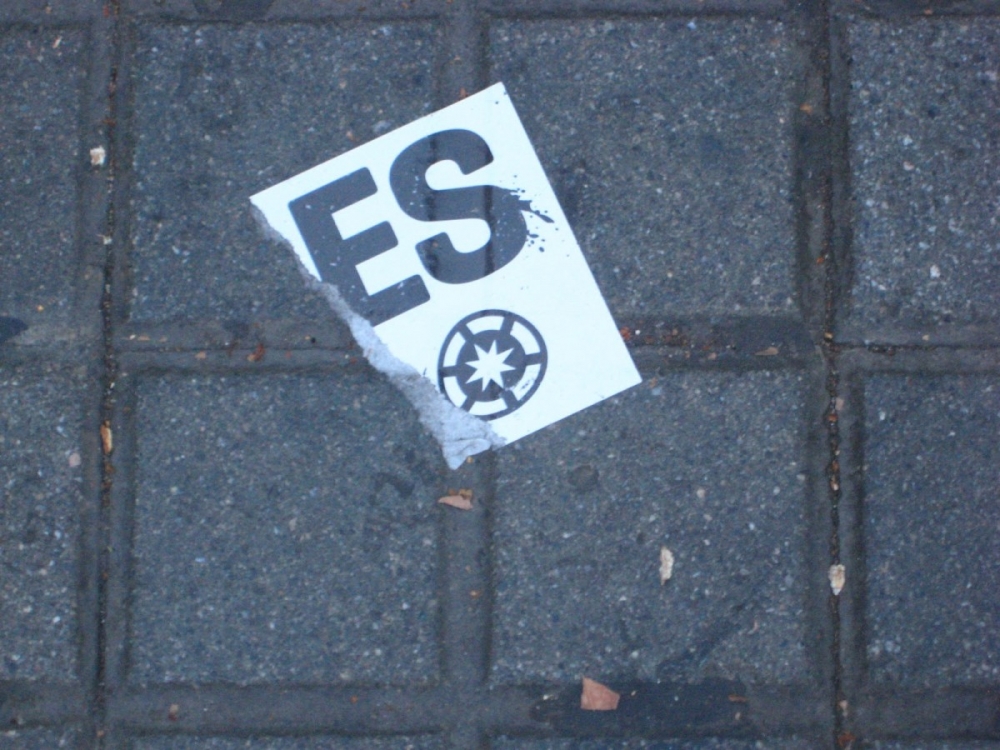 The 15-M movement in Spain put on a giant demonstration today in Plaza Cataluyna as part of the World Revolution Day. This is Spain’s equivalent of the Occupy Wall Street protests happening in the English-speaking world.

The name comes from the date – the 15th of May 2011 – when the madrileños kicked off a large-scale movement by occupying the Plaza del Sol. The rest of Spain soon joined in, as Spain’s one of the worst-hit countries by the economic crisis (as many people informed me when I said I was moving to Spain for work!). It’s also called the indignados movement, the Spanish Revolution, and the Real Democracy YA!/Real Democracy NOW! movement.

What exactly are people protesting about? It was really confusing for me at first, as people I talked to tended to say lots of general things about the capitalist system, rather than specifying what they were hoping to achieve. And here’s the thing: there is actually no unified, specific goal of the entire movement. People are generally upset, but each person has their own perspectives and goals.

The 15-M protestors spend a lot of time discussing how to improve the world, and this discussion is more of the point than having a fixed group goal. Some people are focused on preventing further budget cuts to education, for instance, while others are more concerned with promoting an entirely different political system. Here’s the Valencia 15-M talking about their perspectives to give you a better idea.

Everybody, though, feels pretty angry about the political-economic situation and wants something to change. It’s similar to the situation that’s going on in the U.S. There is some of the “We are slaves of the capitalist system” talk, but the main point is that most people are worse off because of a small, powerful minority’s mistakes. And those people are the ones suffering, while the minority becomes richer.

Check out some great graphs here that are a pretty objective take on the situation, and also this explanation from Lemony Snicket (of A Series of Unfortunate Events fame).

At today’s giant protest, more than 350,000 people marched from down from their respeective neighborhoods in groups to meet up with other neighborhood assambleas, chanting protest slogans, slapping up posters and slogans, and generally making their voices heard. From there, they went to Plaza Cataluyna and up Passeig de Gràcia. I perched in a tree and watched the parade of protestors go by in a steady stream. I was there for two and a half hours before they’d all passed by.

I also chatted to some of the protestors, who told me their stories and reasons for being there. Here are a few stories, with rough translations of what they told me:

“I’m here because they’re trying to make cuts to our local hospital. It was closed all of August and September, and they’re going to close it again in December. We don’t know if it’s permanent, we’ll see in January.” Was about emergency services being cut off? “No, we’re not even asking for that. We just need a normal hospital. To go to the next closest one, you have to change buses twice. We have lots of older people in our neighborhood, and this is really difficult for them to manage.”

“I’m from Sabadell – it’s an industrial town to the north of Barcelona. It’s like the Manchester of Barcelona. But there’s no work any more, and they’re trying to privatize everything. I know there are people who are much worse off than we are, but it’s still hard here too. We have to get out in the streets and squares and complain when things are going badly for us and our neighbors. Otherwise, it’s like we don’t care and it doesn’t matter. But it does matter, and we need change. I hope this (the 15-M movement) will change things in November’s election.”

“We’re from the Sant Adrià assembly [each neighborhood has a local assembly that gets together weekly to discuss the movement and related issues]. This is a global movement today – it’s here, in Brazil, in England, in France, in Japan…we’re really happy that the United States has started to join in. It took them a while to wake up, but it’s great that they’re finally participating.”

A few more indignados (and it’s not just young people, it’s everyone):

I’m totally in support of this movement, especially after my welcome to the working week/real world was so underwhelming (to say the least). I did absolutely nothing to contribute to the global economic crisis, but I‘m definitely paying for it, rather than the politicians and bankers who actually helped cause it.

It’s my future that the papers keep publishing bleak reports on – about how much less I’ll make over my lifespan, about how difficult starting in the job market will be, and about how increasingly fierce competition is for fewer and fewer jobs are. I definitely think this movement is necessary, and it’s nice to know I’m not alone in feeling screwed over despite having behaved/followed the rules. Let’s get out in the street and hopefully change things for a better world!