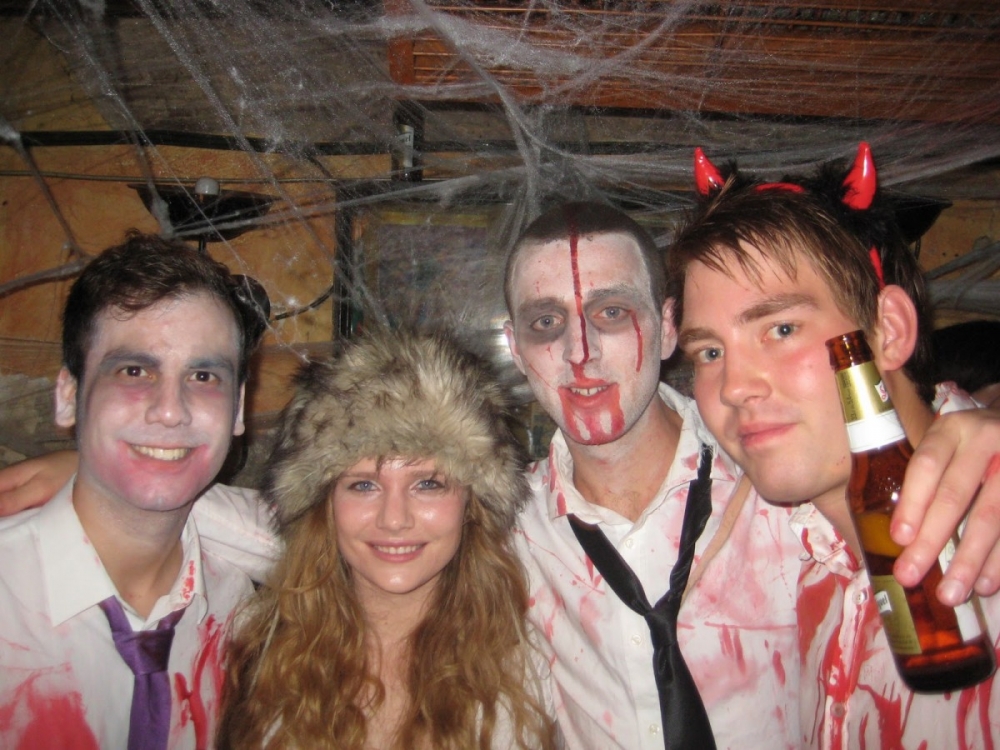 Ok, let me preface this by saying that Halloween is possibly my favorite holiday ever. I love Halloween. I usually go to multiple parties, and spent weeks plotting and making my costumes. Last year, I actually made it to five different Halloween parties (with five different homemade costumes, of course!). So there was no way I was passing up celebrating my favorite holiday in Spain too! But it’s a bit of a different celebration over here.


First of all, it’s definitely seen as a holiday primarily for kids. I didn’t see anybody other than kids dressed up, except when I went out partying/clubbing. It’s also a much smaller event here in general. There aren’t the kinds of crazy decorations and special products that all the shops are filled with in California.

And then the Spanish don’t really get that Halloween isn’t restricted to scary things. Everyone here dressed up in scary costumes with loads of fake blood and things. My costume, which was a huge hit in California last year, was greeted more with bewilderment and slightly amusement than anything else. In fact, two people explained to me Halloween was about scary things! I explained right back that Halloween is really about being ridiculous and having parties, which are two of my favorite things, thus making it my favorite holiday.

Anyway, I still celebrated! At the language academy I worked at (Monday was my last day!) we did trick-or-treating with the kids. One of the teachers brought in an awesome Halloween cake. Some of the kids wore costumes, and all of them were scary! I remember it being basically mandatory to wear costumes when I was in elementary school, so I was surprised at how few kids dressed up.

Actually, most of them skipped classes – November 1st is a holiday, so the Spanish make a puente (a bridge). Which means when they have a day off on a Tuesday, they take the Monday off (or make it a bridge, as they say) so they can have a long weekend. What a good tradition, no?

After work, I ended up at an impromptu Halloween celebration and went to an Irish pub with spooky decorations with some friends. After that we hit up one of our favorite bars, then a club. Everyone thought my White Russian costume was supposed to be frightening as communist Russians are scary for Americans! Only about half the club was dressed up, but you can hardly ever have a not-fun night in a Barcelona discoteca. And in true Spanish style I didn’t get home until 5 a.m.  So, while it wasn’t my 5-night extravaganza from last year, it was still pretty fun!