Sevilla’s Feria de Abril: Not What I Expected (Part 2) 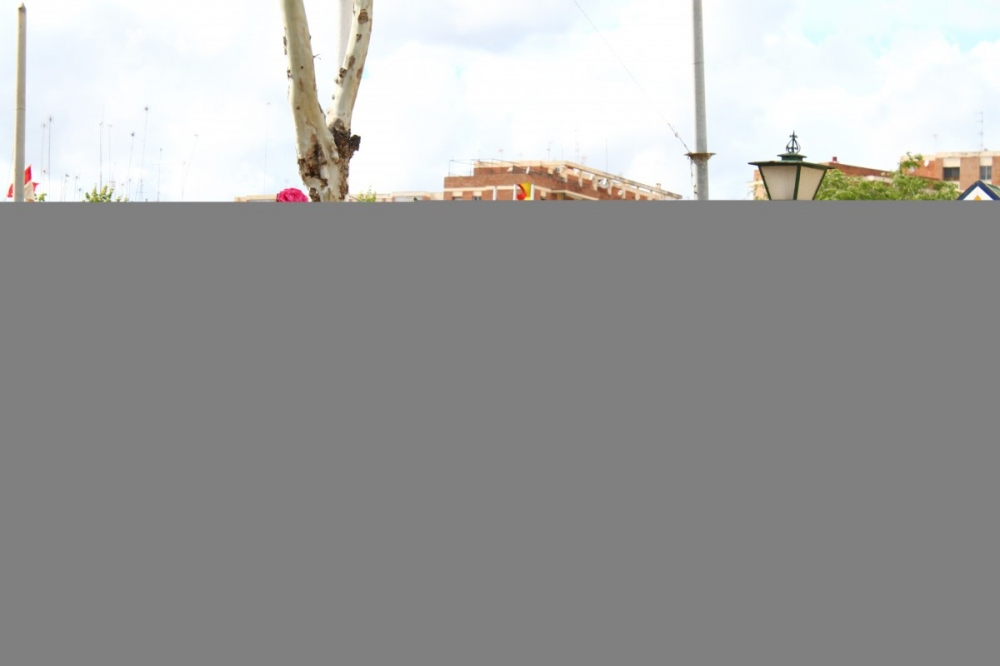 Like all of my experiences in the Andalusian capital, Sevilla’s Feria de Abril didn’t turn out to be quite what I expected. I shared some of my favorite things in Part 1. Now I’ll explain while though it was an interesting event to see, it wasn’t exactly  lo mio (my thing).  If you’re not interested in reading my critique of the event, there’s a big gallery at the end with lots of photos!

Here’s a brief background you can feel free to skip: I studied abroad in Sevilla during my junior year of college, and it was awful. I struggled through months of trying my hardest to be a polite, understanding, respectful cultural visitor.  I couldn’t speak the language when I arrived, so that made making friends hard.  My host family was crazy bad (they actually left me a dead bird on my luggage as a good-bye ‘present’). My study abroad program was amazingly unsupportive when I asked for help. No matter what I did, how nice I was, or how hard I worked, it was a terrible, painfully lonely experience.

Though I came away with awesome travel photos and a great level of Spanish, it was not what I’d hoped for at all. My memories of my time there are filled with spending weekends alone in my room wondering where this great city was people had raved about. So let’s just say Sevilla isn’t my favorite place in the world.

I went to Sevilla this time with fresh eyes, hoping to see a new side of the city and make some new memories. After all, how bad could a big festival in a pretty European city be?

Based on big festivals in Barcelona I’ve been to (like La Mercè and my favorite, the Festa Major de Gràcia), I was looking forward to a 24-hour a day street party that incorporated a mix of traditional and modern elements Sevilla’s Feria was almost there, but not quite.

Here’s the thing: Sevilla’s Feria de Abril is much, much more traditional than any other festival I’ve ever been to. This is part of its charm – the old outfits, the horse-pulled carriages, and the cute fair have been almost the same for ages (the first fair was in 1847). People dance traditional dance steps to traditional music in pretty casetas. It’s almost like one of those courtship scenes out of a medieval knight movie. That’s the traditional part of the fair I liked.

Be careful, though, because there’s another side – traditional also means traditional social dynamics are at play. Of course, that means a lot of sexism, no matter how well-intentioned (ladies first, men do everything, etc.) And you can only get into one of the casetas if you are rich or powerful, or know somebody who is. Oh, there are a very small number of public casetas, but as one of my sevilliano friends sniffily told me, anyone can go in those.

People pay thousands of euros a year to be members of casetas they use for one week, tops. Some of them have names like “Julio and his friends”, to make it pretty clear you are not welcome unless you are well-connected (though I was lucky enough to know somebody who was).

Once you got in the casetas, it was a lot of sitting around and drinking, trying to make connections with the right people. The dancing was according to steps and very formal. This is all prescribed and steeped in years of history, but not very much fun beyond watching (from my point of view). There just wasn’t a whole lot to actually do, particularly as an outsider.

On top of that,  some people definitely let me know they didn’t think I belonged there despite my invitation. I speak almost perfect Spanish and made a very big effort to chat to everyone and try everything, from joining in on the conversation to sampling the food to learning the dances. Lots of people even said what a pleasant guest I was, but it was obvious it still mattered that I wasn’t from there. It was usually the very first thing people mentioned in a conversation – “Hola! ¿De dónde eres?”

Obviously, you can tell I am not Spanish based on my appearance and most people were just curious. Even with the nicer people, it does get frustrating when the first thing people say to you is essentially “You’re not like me, explain why”. But some people definitely had an attitude of “What is this foreigner doing at my private party?”

Typical sevilliana – almost everyone looks very similar to this, so you really stand out if you don’t.

A group of guys stared, pointed, and laughed at me as I was walking through a caseta. As I waited in line I could hear them making fun of my foreign appearance.They made a point of standing in my way and grabbed my arm as I walked past them again to ask me about my origins, and not in a nice way.

One of the aunties even said “What a charming girl…for a foreigner.” She squinted at my dress and said “Next year, you’ll have to have a proper traje de flamenca, not….this” and poked my waist dismissively. Keep in mind trajes de flamenca cost at least a couple hundred euros, and I’d tried really hard to wear something pretty.

Of course, this isn’t to say everybody was like this – some people were very kind and pleasant to me. But I do have to say it’s an attitude I encountered regularly while I was studying abroad in Sevilla as well. I always, always try my best to be understanding of cultural differences, but this is one that is particularly jarring and unpleasant.

Based on all of this, it felt very, very purposefully exclusive, stuck-up, and focused on appearances. The parties were all about looking right and making connections, and that’s really not my thing at all.  It wasn’t spontaneous, it wasn’t open, it wasn’t crazy, and it certainly didn’t feel like a tolerant, friendly atmosphere.

So the pretty, colorful fair I’d heard about does exist on some level. But beyond the superficial appearances, it wasn’t actually very enjoyable. It’s fun to see, but will I ever go back? Probably not. It’s pretty, but the emphasis on social games and exclusivity is not lo mio and it never has been. Give me a crazy, dirty, noisy, public street party filled with all those public caseta ‘anyones’ any day.

Who’s got a different opinion of Sevilla’s Feria de Abril? Did I do it the wrong way?

All the girls wore fancy combs and flowers in their hair.