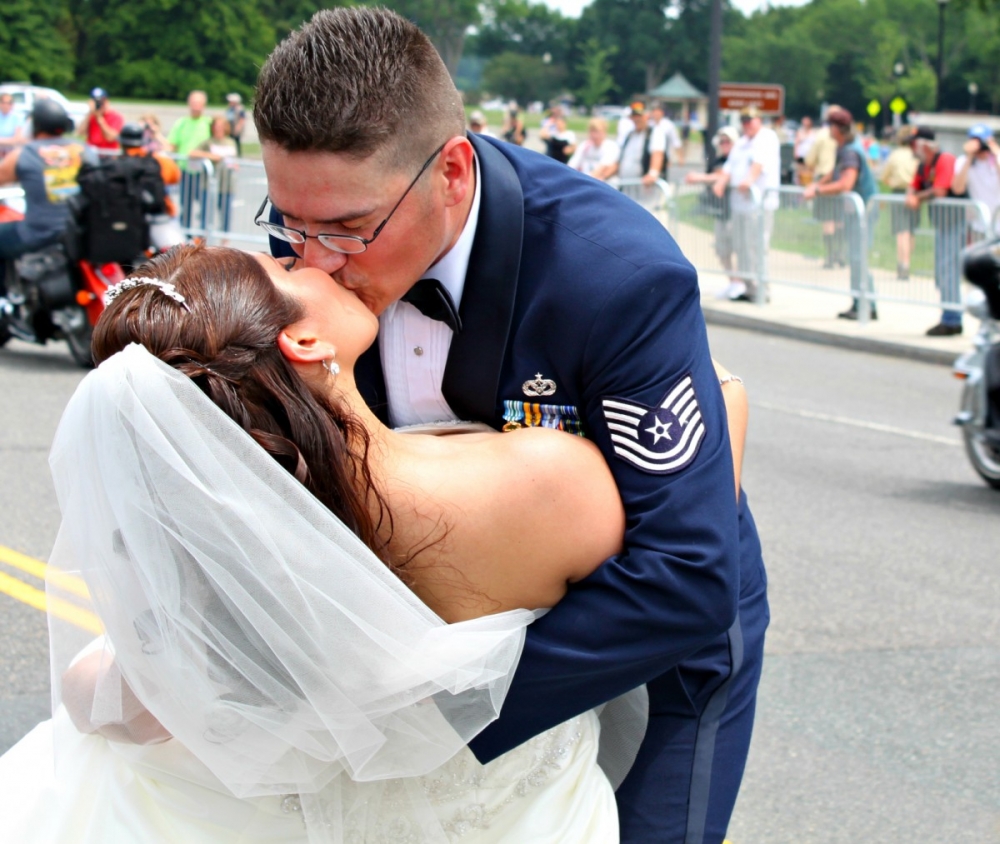 This time last year, I was in D.C. I thought I was only going for a weekend of tourism, but I was in for a surprise – it was Memorial Day weekend! That meant the city was filled with thousands and thousands of motorcycles for a special parade called Rolling Thunder in Washington, D.C.

One of my favorite things about travel is when you accidentally come across something really cool, especially an event. It’s not often that it happens (and it probably hardly ever happens if you’re a careful planner!). But when you randomly come across some festival, parade, or party without having any idea it was happening – well, that’s always pretty amazing.

We had absolutely NO idea that Rolling Thunder was happening in D.C. that weekend. I actually had never even heard of it…although I definitely heard it. Think of how much noise just one motorcyclist showing off can make. Now times that by thousands and thousands. It was seriously loud.

At first, I just thought it was some crazy D.C. traffic going on. Then, we starting noticing that there were rather a lot of motorcycles around, and for some reason there were a ton of streets blocked off. We’d rented bikes for the day, and it was slightly annoying to have to bike around so many things.

All became clear as we tried to bike across the street to the Lincoln Memorial. No luck – there was no way to cross the street for what seemed like miles. Eventually, we ran across with some pedestrians, then dragged the bikes up a grassy slope to a safety. From up on the little hill, you could see all the motorcycles racing around the city.

In the end, we didn’t get to see very much of Washington, because the whole place was covered in flag-adorned motorcycles roaring all over. But it was definitely an extra-special way to visit D.C., and it showed off just how patriotic things can get in D.C.

Here’s a selection of some of my favorite pictures from the fun event. My absolute favorite is the one of the couple doing their wedding pictures in the middle of the motorcycle craziness. Enjoy!

People hanging out near the National Mall:

Motorcycles roaring down the street:

Look at how many people there were!

This guy was relaxing on his motorcycle:

Flags streaming in the wind:

A bride and groom recreate a famous kiss at Rolling Thunder in Washington, D.C.: