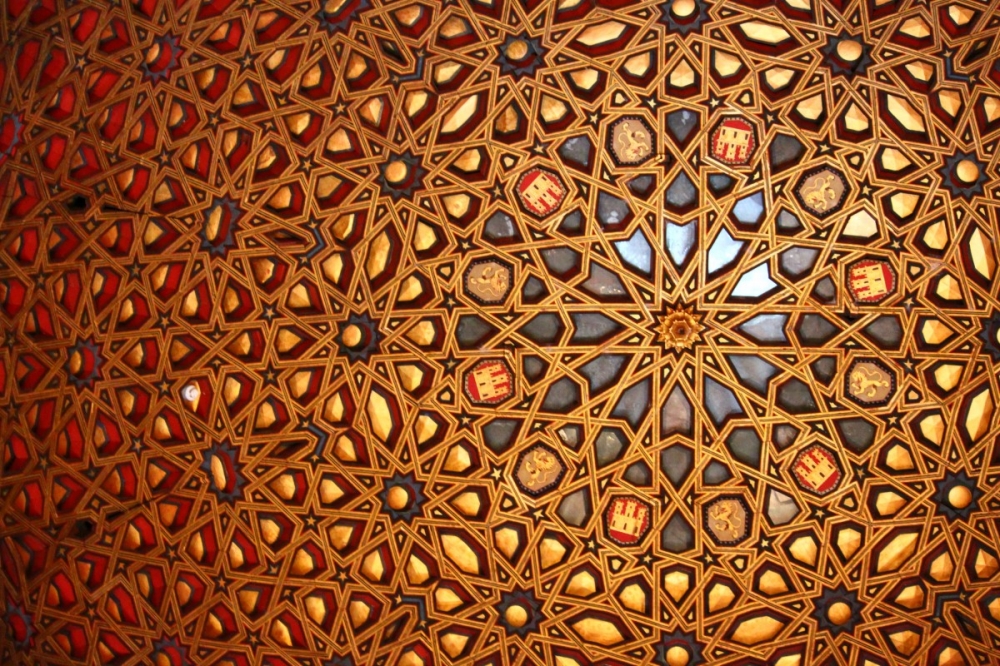 I just dug out my old hard drive, and I realized I had tons of photos of stuff from all over Spain from when I studied abroad here! So I’m going to start a series of some of my favorite shots. Bienvenidos to “Where in Spain Wednesday.”

To kick things off, here’s a photo from the first place I ever visited in Spain – Sevilla. I lived and studied there in the fall of 2009.

It’s the amazing ceiling of the Alcázar, and I shot it on my last trip to Sevilla. It turned out so much better than I expected, and it’s a really nice reminder of how far I’ve come since I arrived in Sevilla.

Now that I’ve started taking photography more seriously, my photos are turning out much better. It’s the same story with my Spanish – I couldn’t say a complete sentence when I arrived in Sevilla, and now I’m a translator after two years of study. I guess sometimes hard work does pay off.