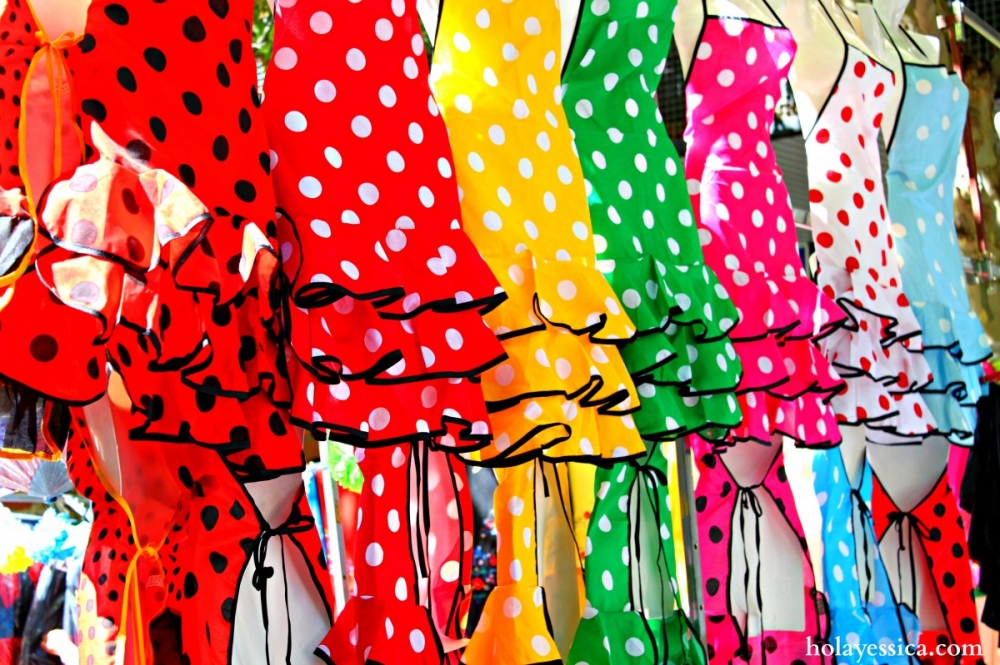 Here’s a photo from Madrid’s famous El Rastro market of some funny flamenco dress aprons you can buy. They’re a fun and colorful, but the reason I liked these was they say about Spanish culture.

These are one of those things that’s sold in just about every Spanish city and make a silly souvenir. But I snapped a photo of them because I almost never see these for sale in Barcelona. Looking at and comparing the souvenirs that Madrid and Barcelona sell is an easy, visual way to understand one of the big differences between the two cities – Spanish pride.

When I was in Madrid, the exuberant pride in Spanish-ness struck me. Madrid in July was bursting with red and golden-yellow Spanish flags, Spain soccer jerseys for sale with “Campeones 2012” splashed across them after the Euro victory, and lots of ‘typical Spanish’ souvenirs for sale, from bulls to flamenco.

They do sell some of these things in Barcelona, but it’s far less common. It’s rare to see a Spanish flag – the Catalan senyera is the standard. In the Catalan capital, there’s a very strong pride in not being Spanish.

For two cities so close together, Madrid and Barcelona sometimes feel worlds apart.