Where in Spain Wednesday – Sevilla’s Cathedral 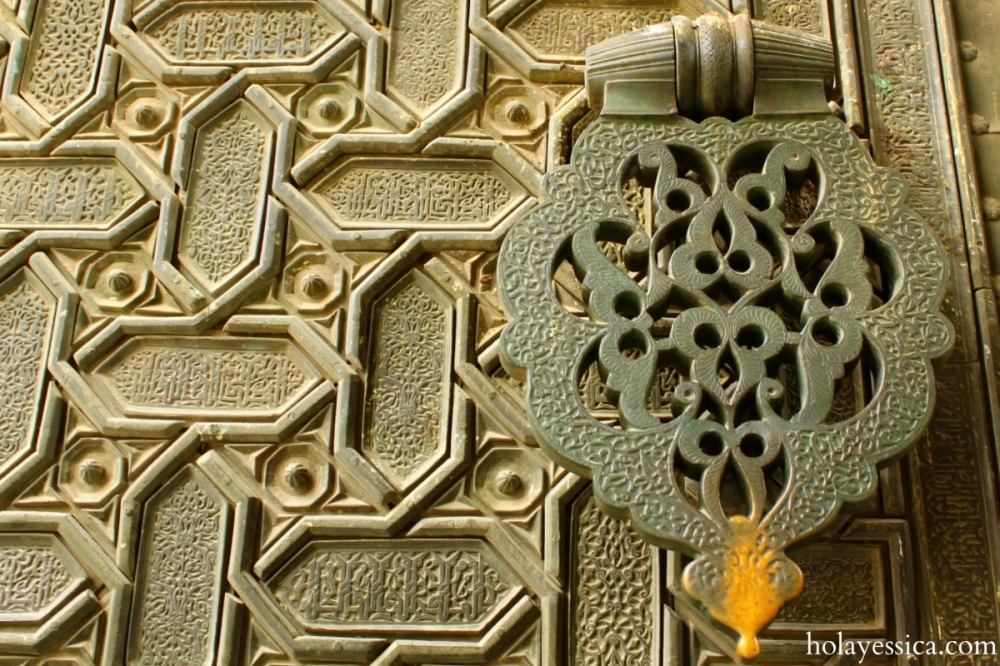 Wow, it’s been a busy week – I’m in the middle of a frantic piso-hunt, and have also felt excessively social lately. But I’m back with another picture from Sevilla!

When I was picking out my photo this week, I noticed that this one looks a lot more like my pictures from my recent trip to Turkey than most of my Spanish pictures. In Turkey, I saw churches that had become mosques; in southern Spain, it’s actually the opposite – there are lots of mosques that became churches. It was fascinating to see both sides of the situation.

This detail is from a door handle on one of the entrances to the cathedral. The entrance itself surprised me, as it looked like things I’d only seen in photos of Arabic countries. And I usually don’t put ‘surprise’ and ‘architecture’ together!

I only wish I’d been about six inches taller to get a better angle on this cool door. There wasn’t enough space for me to back up enough to get the shot I really wanted. I’m 5’2 on a good day, so short of carrying a stepladder everywhere, I don’t know what to do. 🙂