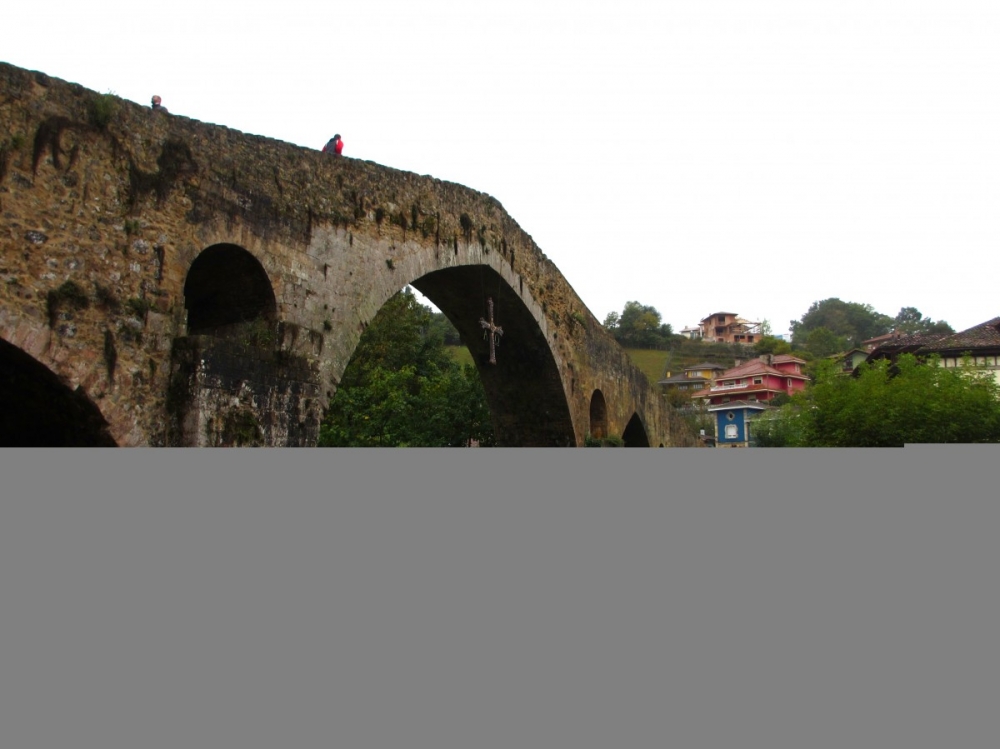 This week, I’ve got a photo from a very small town in the north of Spain. I’d never even heard of it until I found out I was going!

So where is Cangas de Onís? It’s in Asturias, the region at the north-west of Spain that’s known for it’s rolling green countryside. The little town is close to Covadonga, which has a gorgeous basilica and lots of great hiking in the Picos de Europa.

I stopped in Cangas de Onís after a morning in mysterious Covadonga. Even though it’s tiny (under 7,000 people!), it’s got some cool stuff to see, like this bridge. It’s called the Puente Romano (Roman Bridge), but its name is misleading – it’s not actually Roman at all!

The bridge was built in the 1300s, so it’s still pretty old (though not as old as I had originally hoped). It’s called the Roman Bridge because it’s on top of an actual Roman bridge, and it was on the pathway between two Roman towns in the north of Spain (one became Oviedo, the other Santander).