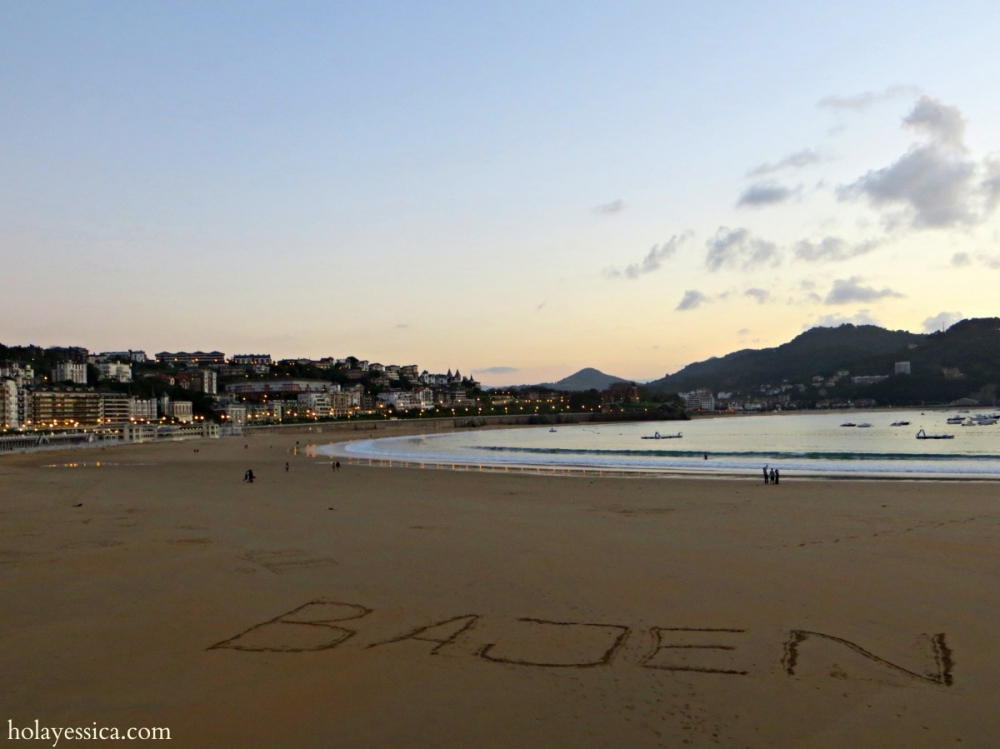 Surprise, surprise – this week I have a photo from last week’s trip to the País Vasco! Let’s start with its most famous city, beautiful San Sebastián.

The word “picturesque” is so overused to describe pretty seaside towns, but I’ll allow myself to use it when it comes to San Sebastián. I’ve never seen such a fancy town. In the newer part, the streets are paved in shimmering black and white tiles, while the tiny paths in the old quarter open up to give you glimpses of intricate Gothic churches. Even the people were dressed fancier than in Barcelona (and I live in a posh area!), from the toddlers to the abuelitos to a fair number of the guiris.

The charming streets and smartly dressed people add a sophisticated air to the city, and it gets even better when it’s all topped off with a very well-groomed beach. White fishing boats bob up and down in the half-moon bay.

It’s lovely at any hour of the day, but I was especially taken with this cute message written on the sand – “Bajen.” “Come down.” (Although my brain was too happy thinking about a delicious pintxos dinner to actually do it).