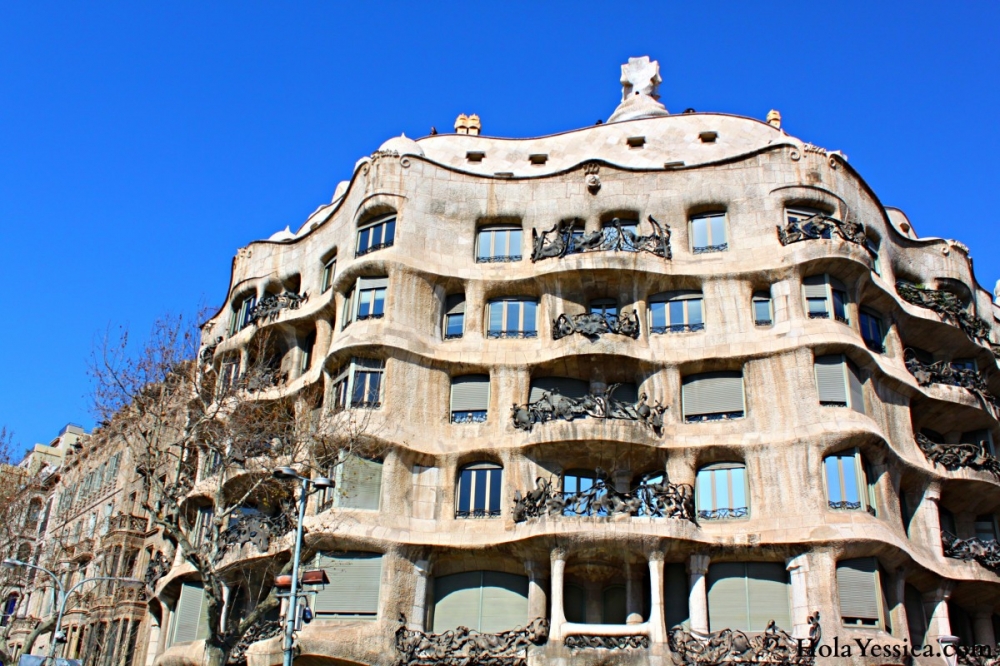 Hello hello hello! For this week’s Where in Spain Wednesday, I’m featuring the other Gaudí house (after quite a few posts professing my love for Casa Batllò).

This fancy building is La Pedrera – the Quarry. Its official name is Casa Milà, and that’s a fun way to test if people are native Spanish speakers or not. Guiris like myself sometimes call it Casa Milà just because it’s easier to pronounce (those ‘dr’ combinations are tough to wrap my tongue around for some reason!).

Anyway, the house is the second Gaudí house located on the fanciest street in the city, Passeig de Gràcia. It used to be full of residents in 20 different apartments, but today it’s only for visitors. The best part of the house is definitely the terrace. You can just spot the tops of the twisting towers from the street (they’re supposed to look like smoke spirals from the chimneys).

According to an audio tour my mum listened to, Gaudí originally had bigger designs for the roof which involved sticking an enormous statue of the Virgin Mary on top. This was not a popular idea with the anarchists, and in the end it was disallowed on grounds of being too tall anyway. Much as I like Gaudí’s weird sculptures, I have to say it’s probably nicer without it!

Have you visited La Pedrera? Did you go inside or just see it from the outside?