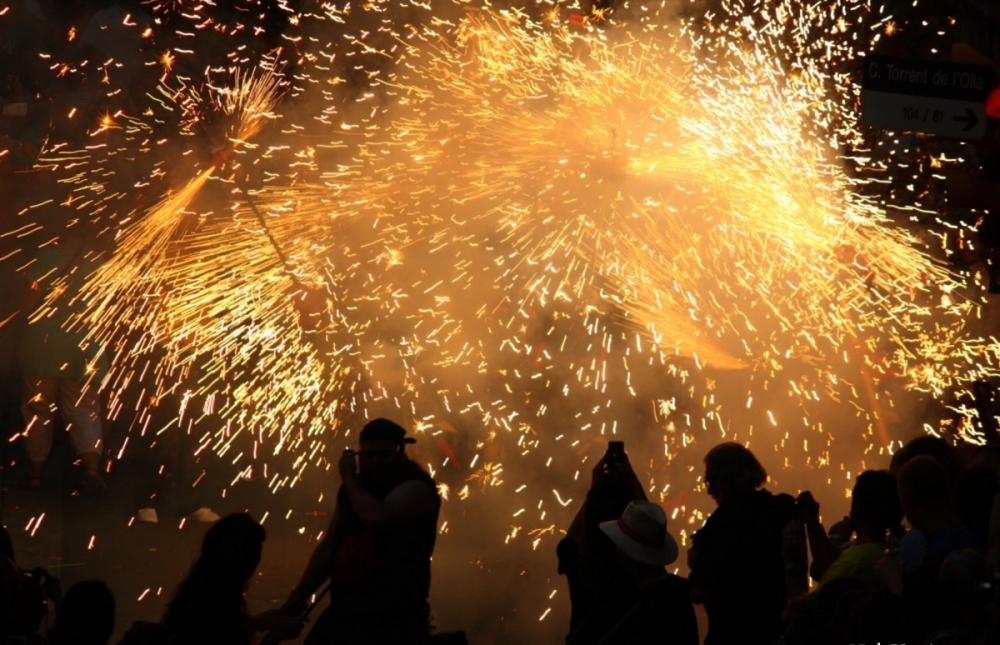 Today is the last day of Barcelona’s Festa Major de Gràcia! To celebrate, here’s a picture of one of the highlights of the festival – the Catalan correfocs (literally “fire runs”).

The name pretty much tells you all you need to know; Catalan correfocs involve both running (corre) and fire (foc). Teams dress up in demon costumes and march around the streets waving fireworks and setting them off.

It seems like their criteria for choosing fireworks is “the louder, the better.” Over the past week, there have been a variety of shrieking, screaming, and whistling explosives sailing past my window. And I really do mean past my window. I took this shot from my little bedroom balcony.

And if the fireworks themselves aren’t enough, each team is preceded by a band of 20-ish drummers trying to, er, drum up enthusiasm for the parade (pardon the pun). The whole thing is noisy, crazy, and not something I am going to miss after the festival.

This evening I tried out going down into the street to get a closer shot of the correfocs. I lasted approximately thirty seconds. Then I realized all the shrieking fireworks were spewing out a rather large quantity of sparks that I had absolutely no intention of getting close to. I may have missed a cool shot, but I escaped un-singed. Worth it.