The Curiously Nicknamed Cathedral of the Sea in Barcelona 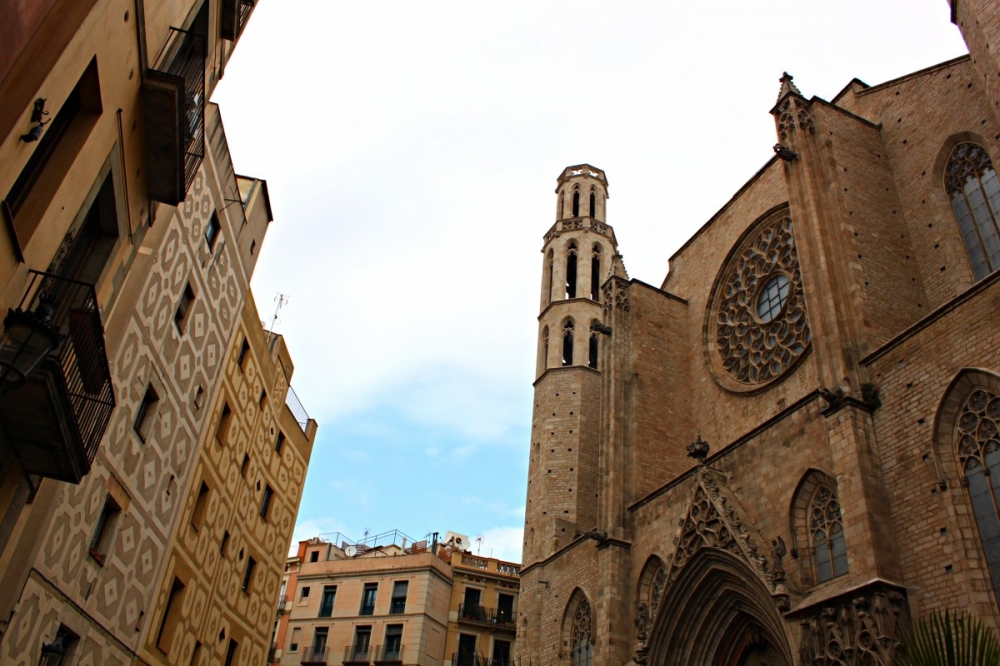 If you’re a fan of Carlos Ruiz Zafón’s page-turner The Shadow of the Wind, you’ll definitely have read about the Santa María del Mar church in Barcelona. This church holds a special place in the city’s history, and is curiously nicknamed the Cathedral of the Sea.

Why’s the nickname so curious? First of all, it’s not a cathedral. There’s only one cathedral in Barcelona, and no, it’s not the Sagrada Familia either. The official cathedral is an old church in the middle of the city center between traffic-heavy Via Laietana and shoppers’ heaven Portal de l’Àngel.

And secondly, it’s not really that close to the sea either. With a name like the Cathedral of the Sea, you might expect something seafront, but if you’re hoping to see some of the Med through the stained glass windows of Santa María del Mar, you’re in for a disappointment. OK, so the port part is only a ten minute walk away, but the proper beach part (A.K.A. the important part of any sea) will take you a good half hour to walk to.

But apart from my quibbles about the name, Santa María del Mar is a really stunning church. That may not be saying much, as I think just about everything in Barcelona is beautiful, but this time, I’m backed up by the experts. This church is the only pure Gothic-style Catalan church, and is also considered one of the most perfect examples of Gothic architecture. That’s even more impressive as it took a speedy 55 years to whip it up. Too bad it was built back in the 1300s, otherwise we could get those architects to work on the eternally unfinished Sagrada Familia.

That’s enough about Santa María del Mar for now, but keep your eyes peeled for an upcoming episode of MyBarcelona that reveals another one of the church’s secrets. 🙂