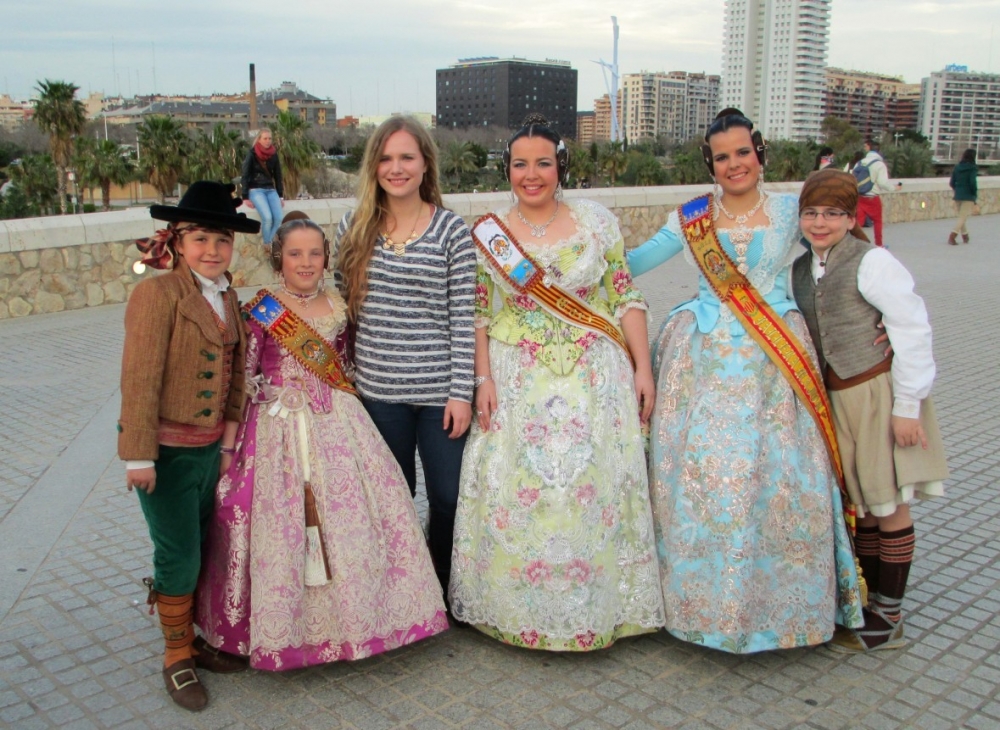 Happy new year! I know, I know, I’m a little late to the game on this one. But it’s been quite a busy 2014 so far, so I haven’t gotten around to doing any of the main part of my blog  – you know, blogging!

So now that things are falling into place, it’s time to catch up on where I’ve been over the past year. It  was a pretty good one for traveling. I even managed to hit three continents and four countries in one month!

Let’s kick this off alphabetically.

Although not as glam as San Sebastián, I was very pleasantly surprised by Bilbao. I spent an afternoon walking along the river and looking at the art at the Guggenheim (there may have been a few giggles at the more ridiculous pieces on display). Actually, I’ll be heading back to Bilbao this summer! Any guesses what there is to do in July in the city?

“Borja? Where’s that?” I can hear some of you wondering. It’s in Zaragoza, but that’s not why I went there. The reason? The ever-incredible restoration of the Ecce Homo that a local granny managed to accidentally come up with….otherwise known as Beast Jesus, which in terms of levels of enjoyment topped anything I saw at the Guggenheim. Sorry, serious artists!

Of course, I was at home in California for the holidays like every year (I’m very lucky to be able to do that). I’d break it up into individual cities, but then this would be the California post…and I’ve already done one of those! I made it to L.A., Newport Beach, San Diego, San Francisco, and the notorious Riverside (which isn’t as bad as it’s made out to be – honestly!).

In December, I headed to Dublin for a weekend getaway, and it was absolutely lovely! Pub lunches, secret libraries, and lots of Christmas lights were involved, much to my delight. I haven’t written about Dublin yet, but it’s coming! Here’s one of my Instagrams from Dublin:

Another regular trip to visit family, I love spending time in the U.K. It’s always nice to see relatives and have a change of pace a bit, along with bottomless cups of tea (living the dream!). The only downside? It occasionally involves a mini-ordeal with Ryanair…but you can’t have everything now, can you?

This almost counts as Ibiza (which I’ll be getting to later) because it’s so close, but it’s a separate island and has the most beautiful beaches I’ve ever seen. White sand, clear turquoise water – it’s like walking into a holiday brochure. Definitely one of my favorite places in Spain.

Another repeat on the list, Girona is a beautiful little medieval city to the north of Barcelona with more than a few wacky legends to its name. The AVE train will zip you there in under 40 minutes, and it’s absolutely worth it for a day trip. If you’re around in May, you should definitely consider going for the stunning flower festival, where the whole city is cloaked in fresh flowers.

Yep, I went to the party capital of Spain again this year, and again it was a fabulous time in the sunshine. Apart from losing my voice after a foam party (oops!), it was a roaring success (and speaking of roaring, it was my roaring of excitement at the foam that may have helped my voice go on a holiday). But this year, I took some time to discover the part of Ibiza that doesn’t get as much press – the stuff there is to do when you’re not drinking! Spoiler alert: there’s a lot.

Why was everyone and their mother, and probably their grandmother as well headed to Istanbul this year? It feels like almost every travel blogger I read went to Turkey this year. While I wasn’t head-over-heels for the city like a lot of other bloggers, I did enjoy my trip a lot. The highlights? The amazing generosity of the Turkish people I met, the delightfully salty food, and the feeling of walking into buildings that have been around since the year 400. 400!

The Basque jewel is hands-down one of the most chic places I’ve ever visited. Almost everything had a sheen of elegance, and it was especially enjoyable with the great weather we got. It’s not a huge city, which is just as well – you’ll probably be too full from all the incredible pintxos to do much walking!

Celebrating Carnaval is one of my favorite Spanish traditions. You basically get TWO Halloweens! (And I never miss an excuse for fancy dress). Sitges is THE place to celebrate, with huge parades of elaborately costumed dancers stomping down the beachfront all day and night. It’s chilly and crowded, but a whole lot of fun! Pro tip: buy a bag of cheap paper masks and share them around. Instant friends!

The city hosts Las Fallas, wild one-week party full of explosions and fires – my kind of scene! I went to join in the celebrations for 26 sleepless hours and loved it. No sleep, just parties! Of course, that meant I didn’t get to see too much of the city’s top sights or eat local dish paella….so I’ve got this one on my list for this year too.

Traditional Valencian outfits. I’m the tallest here, but I’m actually really short – the taller girls must’ve only been around 13.

This year, I didn’t travel quite as much as last year, but it was still a good one. I got to check off lots of my travel resolutions for last year, like seeing a new region of Spain (Valencia, the Basque Country, and Zaragoza), spending more time in a place I’d already been (Girona), and going to a new country (Turkey).

What’s ahead for 2014? Well, that’s coming in a new post, but I’ve got to say it’s already shaping up to be a fabulous year!