Looking Ahead at 2014 in Travel 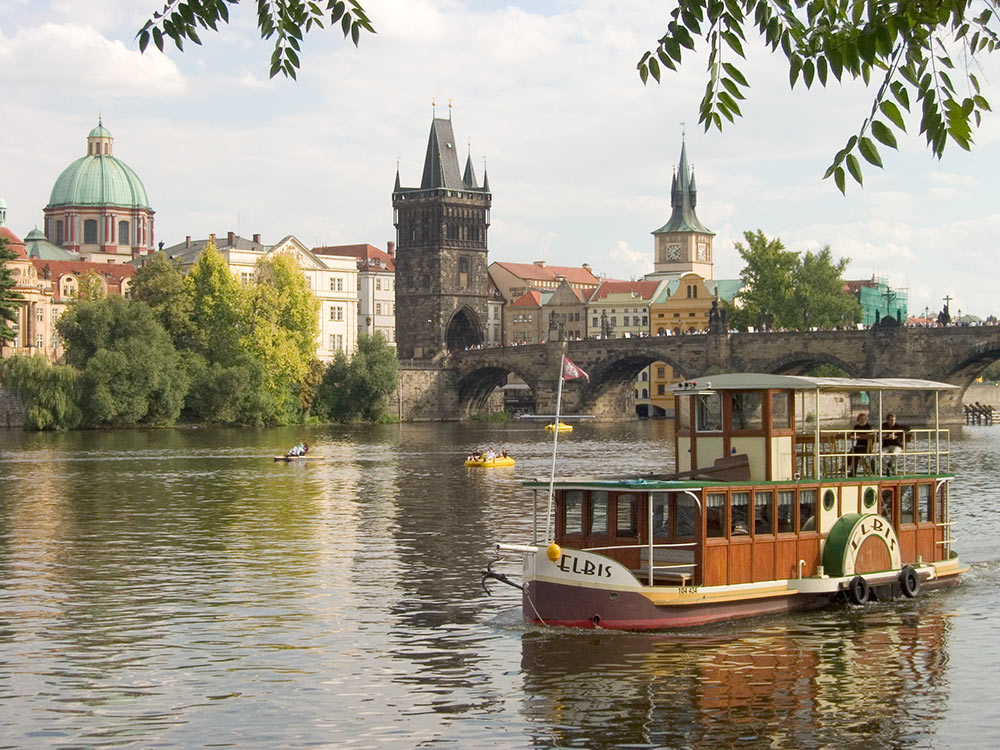 I finally got around to wrapping up 2013 in travels and started thinking seriously about where I’m going to be headed in 2014. I’m only a month late – for me, the perpetually late person, that’s pretty good! So here’s where I’m planning on and hoping to go this year.

This is my first big trip of 2014, and I couldn’t be more excited to be kicking the travel year off with a new country that I’ve been dreaming of going to for a long time. All I’ve heard about Prague is that it’s like a fairytale, and, well, I’ve always been a bit of a princess. Joking, I’m pretty laid-back, but I’m still beyond stoked to be finally flying to Prague.

I just bought my tickets to Oslo a few hours ago! I’m going with one of my best friends since I was 10, so this trip is going to combine two of my favorite things – traveling to new places and spending time with old friends. I don’t know much about Norway yet, so I’m looking forward to learning about it before I take off and while I’m there.

I’m going to be headed back to the Basque city in July…for the BBK Live music festival! I’ll be road tripping up with a couple of girl friends from Barcelona for a weekend of incredible music and round-the-clock fun. The two groups I’m most excited to see are the Black Keys and my all-time favorite, Franz Ferdinand, along with discovering some more cool Spanish bands.

Amsterdam, somewhere in Italy, and London (to start)

This is the big new project I’ve been so excited to tell you about – I’m working with GoWithOh on a weekend getaway-focused series. The first stop was Dublin, and there’s more coming where that came from, and I can’t wait to showcase some of the top destinations in Europe.

My family is headed to Edinburgh and then on down to England in the summer (that’s why they get included in the same category).  I’ve been having trouble finding the right flights to see my family in the U.K. due to the flights only being available in the high tourist season. But at the very latest, I’ll be able to go this summer. Fish and chips, pub lunches, and endless cups of tea await!

The dream! All five cups are for me, of course. (Image retrieved via Pinterest)

I’ll be going to California at least for the holidays this year, like every year. It gets put in the “probably” even though I know I’m going…just because I don’t have tickets or dates set yet. It’s always a treat to go home to the Golden State!

It looks like I might be able to meet up with family members in Stockholm in the fall, so of course I can’t pass up a chance to get to visit a new city! I occasionally imagine Stockholm as a giant Ikea filled with very coolly-dressed beautiful blonde people, so I’m fairly certain it’s got to be good (Note: I don’t actually believe Stockholm = giant Ikea. That’s just me being silly).

I’ve got another project that might be coming through sometimes in the fall that may involve a trip to New York. I can’t say very much as it’s not my project to unveil, but I’m definitely interested in visiting the Big Apple…which I have actually never been to, much to the shock and disbelief of my European friends!

I had a blast at Las Fallas last year, but because I was there on a whirlwind trip with 26 hours of debauchery, I didn’t get as much time as I’d like to really see Valencia. Come on, I didn’t even get to eat paella there! Still, I had a great time and wouldn’t say no to going back again this year, especially when it’s so close to Barcelona.

I’ve been to the Spanish capital three times, but there’s one thing that I’ve still managed to avoid – the fabulous museums! I’ve seen Picasso’s Guernica at the Reina Sofia museum, but I haven’t yet seen the Thyssen or the Prado, two of the best in the world. It’s such an easy trip I really must do a cultural Madrid trip soon!

I’ve seen a lot of Spain, but every region is so different that it’s like going to an entirely separate country. Maybe it’ll be the running of the bulls in Pamplona, seeing mysterious Galicia at last, or going to the sun-soaked Canary Islands…but I’ve definitely got a fair few places still to see in Spain.

Both of these countries have been on my Europe travel wish list forever, and I’m really hoping to figure out plans to get to at least one of them this year. Sunshine, beaches, and gorgeous old cities…these sound like my kind of places.  But for some reason, even though I’ve been desperate to go for ages it just hasn’t happened yet. Soon!

So, it looks like 2014 shaping up to be a very, very busy year full of travel for me, which is exactly the way I like it. I’m excited to see some new countries and some old favorites, as well as spend lots of time traveling with my friends and family.

What are you planning on doing in 2014? Any exciting trips coming up?