A Pretty Plaza With an Ugly Story 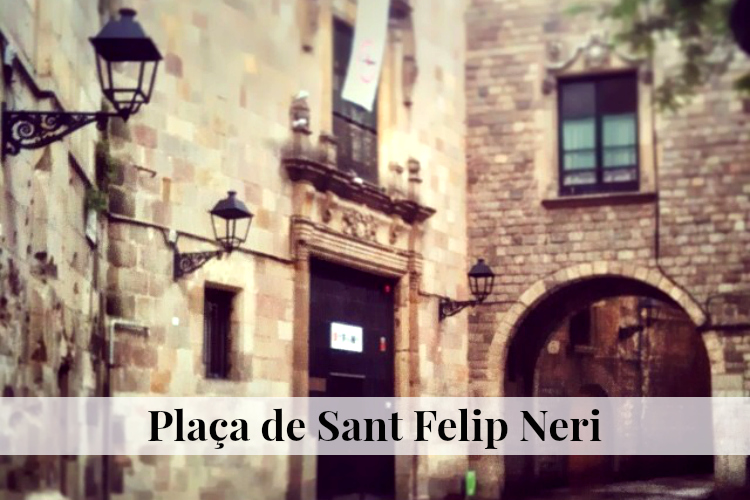 Hello from a very rainy Sunday in Barcelona! For this week’s episode of MyBarcelona, we’re going to one of the hardest-to-find squares in the city.

Seriously, it took me about two years to figure out how to get to this square. I tried a few times to take visitors to it and gave up when I got lost in the mess of the old Gothic streets. But this square really is worth a visit for its dark history.

Sometimes, living in Spain I forget how just how old everything is. And sometimes it’s easy to forget that a lot of the relatively recent events in Spain were actually quite awful. It’s a country that’s changed an awful lot in the past hundred years, and every so often you’ll run across a stark reminder of that.

Plaça de Sant Felip Neri is definitely one of those places. At a first glance, it’s simply a charming little square in the Gothic Quarter that you’ve managed to come across by mistake. But then you might notice that there are some holes in the wall.

Those holes are the only remaining sign that hints that the tragic events that happened here in the late 1930s.

Opening hours: It’s a square, you can go whenever you like.

Other nearby attractions: The cathedral, the secret Roman temple, the Ramblas, the Portal de l’Angel shopping street – pretty much any attraction in the Gothic Quarter. It’s all so close together!

Hope you all had a lovely weekend! I attended my very first calçotada, which will be coming up on the blog soon, along with posts about my recent jaunts around Europe.

Have you ever visited Plaça Sant Felip Neri?