A Springtime Stroll Through the Parc de Cervantes 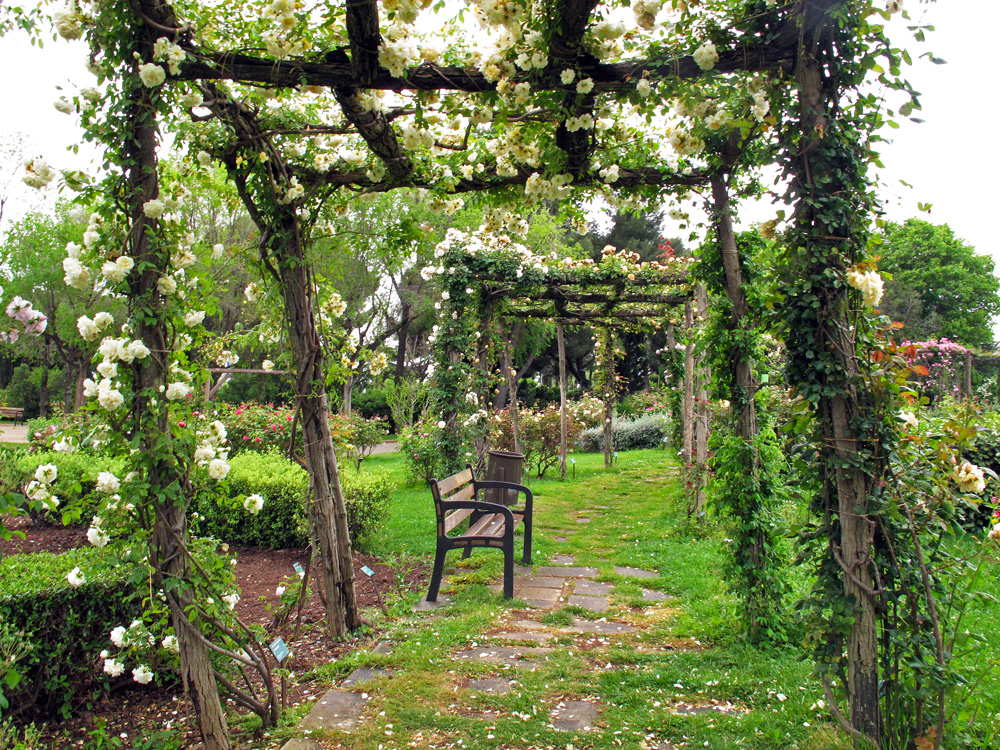 One of the most common complaints Barcelona residents have about the city is that it’s seriously lacking in green spaces. It’s true – although there are lots of places you can sit outside, a lot of the parks are mostly just fancy patches of dirt. Recently, they re-did a plaza by my office and poured a whole bunch of ugly concrete in it, topping it off with some truly hideous (and creative) orange and black striping.

Luckily, there are a handful of “green lungs” in the city if you know where to look. The most famous one is of course the Parc de la Ciutadella in the center, but my newly discovered find is the Parc de Cervantes, a gorgeous park filled with rose gardens out at the end of Diagonal Avenue.

I’d been meaning to go here for absolutely ages, but kept thinking “Oh no, it’s too far away”. Actually, the Parc de Cervantes is very easy to get to. You just take the green line until Zona Universitària, and it’s pretty much right in front of the metro exit. Simple!

Of course, if you only have a limited time in Barcelona, this isn’t a place I would recommend visiting. Why not? Well, there’s not very much else around there in terms of big sights, and as it’s quite a way out from the city center, it could very much eat into your visiting stuff time. But if you’re here for a longer stay, then it’s a great place for a walk and a picnic.

The gardens are perfect for a gentle stroll around, because they’re quite flat (yay! Another downside of Barcelona parks is that some of them are fairly hilly if you were hoping for a relaxed wander round). The lovely green surroundings are even nicer when practically no effort is involved! You can also catch little glimpses of some parts of the swanky Pedralbes neighborhood.

Towards the back of the park, there’s a section called the pergola dedicated to an international rose contest, which features the prettiest examples of tons of different types of roses. Their website says they have over 245 types of rose and 10,000 rose bushes! I didn’t even know that many types existed, nor am I planning on counting them, but they do make the park look and smell heavenly.

The ideal time to go to the Parc de Cervantes is definitely when the flowers are in full bloom, which is usually from April to November. I went at the end of April and full-grown roses were just starting to unfurl from the rosebuds.

So, if you’ve got a bit of extra time in a visit to Barcelona, I’d definitely recommend a stop by the Parc de Cervantes! It’s one of those lovely things the city has that’s not worth going to during a weekend trip, but for longer-term visitors it’s definitely a sight to see.

P.S. If you love visiting parks, Barcelona puts on a concert series called “Música als Parcs” (Music in the Parks) during the summer. They usually go from mid-June to late August.