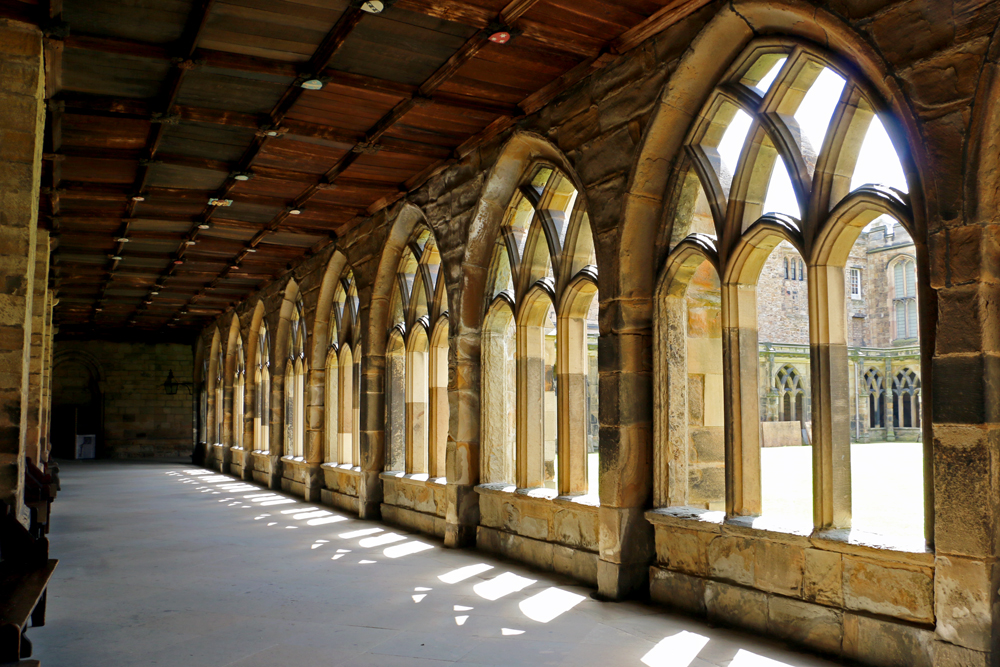 If I had to pick one book that’s been important to me…well, I’d have to stop and think for a while! I love to read and re-read stacks of books. But there’s one book that holds an extra-special place in my little heart, and that’s the Harry Potter series. I know that’s nothing revolutionary – lots of my fellow millennials share my love for all things Hogwarts!

This one is only in the movies, I think, but is pretty applicable here! (Image source: Pinterest)

That’s because it really does feel like I grew up with Harry, in a way. I remember my first contact with the books. A family friend sent us copies of the only two in the series at the time – British editions, as the books hadn’t come out in the U.S. yet. At age 9, I was instantly transfixed.

When Harry stayed up late to sneakily read his schoolbooks under his covers at night, I was stealing glances at pages under my desk at school.

As Harry grew up and got all teen-angsty in the fifth book, I barely even registered his out-of-control moodiness. I was 14, Harry was 15. Reading it again as I got older, I gained a little perspective, and realized we were both going through a pretty angsty phase. (Luckily, both of us eventually grew out of it).

The final book in the series came out the summer after I graduated high school, when my group of friends and I were newly turned 18 year olds. The story came to an end right as we were about to take our first steps as adults. It felt very fitting, and very special. (And yes, I cried a little bit when it was over!).

So that’s why, as cheesy as it is, the Harry Potter books hold such a special place in my heart. Having said all that, I’m still not the type of person who would choose to go on a Harry Potter tour of the U.K. Still, on my most recent trip to the U.K., I somehow found myself in lots of places that had something to do with the magical tale. I promise – we didn’t plan to do a Harry Potter trip in any way, shape, or form!

The Place Where It All Began

Edinburgh, Scotland is full of places that reference Harry Potter. But there’s one place that’s deemed itself “The Birthplace of Harry Potter” – the Elephant House, a bright red café with a cozy interior.

Walking past, I couldn’t stand not to go in for a pot of tea (and a piece of cake). It was just so inviting on a grey Edinburgh day. The café is just as nice inside as it promises from the outside. The huge windows that line the back wall of the café give you incredible views of the city’s castle. It’s filled with elephant decorations, from elephant-shaped chairs to tiny elephant statues standing on the shelf above the menu.

Apart from the big sign in the window declaring the café The Birthplace, you would never know that this is a place that Potter fans flock to. Well, that is, until you head into the bathroom.

Every inch of the bathroom is covered in messages from fans from all over the world have left declaring their love for the series.

People leave their favorite quotes, little inside jokes from the series, and long notes about how the books helped them through their darkest times. Sometimes they add which date they visited and where they were from. The dates and locations span years and years and miles and miles.

J.K. Rowling isn’t the only writer to have stopped by here to scribble. There are also dedications to Ian Rankin and Alexander McCall-Smith here too. Today,  you’re probably more likely to see a 50+ person tour group walking by than the next big novelist – but you never know!

The Place That No Longer Exists

Nicolson’s Café is the other place that gets mentioned in pieces on where J.K. Rowling wrote the Harry Potter series. Unlike the Elephant House, Nicolson’s isn’t open any more (I tried to find out why, but couldn’t find anything on it online – anyone know?).

But that’s not a reason not to visit. The place that was once Nicolson’s is now a very nice café called Spoon. It’s lovely and light, and serves great food atop tables decorated with old maps. Even though it’s not the same café that Rowling wrote at, this is such a cute little place to eat that it merits a trip, Potter fan or not!

Another fun fact about J.K. Rowling’s writing – she did it in cafés to have a warm place to sit while her baby slept. Her baby’s name? Jessica! It made it feel extra-special to get books with my name in the dedication. Even though I knew they weren’t really dedicated to me, sometimes I’d pretend they were. (My sister’s name also shows up in the books, as a character in one of the later ones).

The Real-Life Hogwarts (Sort Of)

Let’s go back to the Elephant House for a bit. The windows look out over Edinburgh Castle, which looks an awful lot like the Hogwarts castle that’s described in the books:

“The narrow path had opened suddenly onto the edge of a great black lake. Perched atop  high mountain on the other side, its windows sparkling in the starry sky, was a vast castle with many turrets and towers. […] It towered over them as they sailed nearer and nearer to the cliff on which it stood.”

There’s no lake surrounding it, and no signs of magic to be seen, but I could definitely see how Edinburgh’s castle perched on a cliff might have partly inspired Hogwarts…especially if you were sitting in a café with this as the backdrop while writing about a magical school. (This is just my speculation, though!)

Where the Characters’ Names Come From

The Harry Potter books are packed full of creative, unusual names. Of course, lots of them have deeper meanings that come from mythology and Latin, but other names come from another, more macabre source.

Now, if you’re looking at the castle from the Elephant House, you’re also in the right place to quite literally see the source of some of these names. You could easily overlook a perfectly ordinary graveyard in favor of the impressive hillside castle that dominates the views. But that would mean you’d miss out on an interesting inspiration behind the books.

If you walk through this graveyard, you can find some of the names used in the series marked on the gravestones. We spent a while searching through the stones to look for names, as well as admiring the beautiful stonework on some of the memorials. Eventually, we found three – Potter, McGonagall, and Scrymgeour (although that one is spelled differently in the books).

Afterwards, I discovered that you can also find a Tom Riddle buried there, and I was very cross to have missed it!

One of the Real Filming Locations

One of the nicest parts of the Harry Potter movies is seeing some of the most beautiful parts of Britain. Of course, you could go to the studios in London, but there are so many spectacular real places that have been used as well.

On our road trip down through the U.K., we made an overnight stop in Durham, England, a small city known for its university and cathedral.

A few of the scenes in the Harry Potter movies were filmed in Durham Cathedral, including pretty ones (like when Harry steps out into the snow with Hedwig in the first movie) and silly ones (like when Ron burps up slugs after a curse goes wrong in the second one).

Here’s the owl scene from the movie:

We also took a tour of the university, the third oldest one in the UK. Durham students actually live inside the castle (much to the delight of the Anglophiles on the tour).

The student guide told us that every year, they have a Harry Potter ball held in an underground chamber of the castle that’s got a lot of snake-like carvings – it’s decorated like the Chamber of Secrets for the ball, of course! The university even offered a class on Harry Potter (Harry Potter and the Age of Illusion) this past academic year.

Both the castle and the cathedral are UNESCO World Heritage Sites, and yet again, even if you’re not a Harry Potter fan, this is a really lovely little place to visit, especially if you get lucky with the weather like we did!

Here’s a collection of good lists from around the internet that are much more in-depth (and not just somebody who happened to come across some cool spots on a trip):

Have you ever visited real-life book locations on a trip? What about realizing that your trip accidentally has a theme? And of course – what’s the book that’s most affected your life?