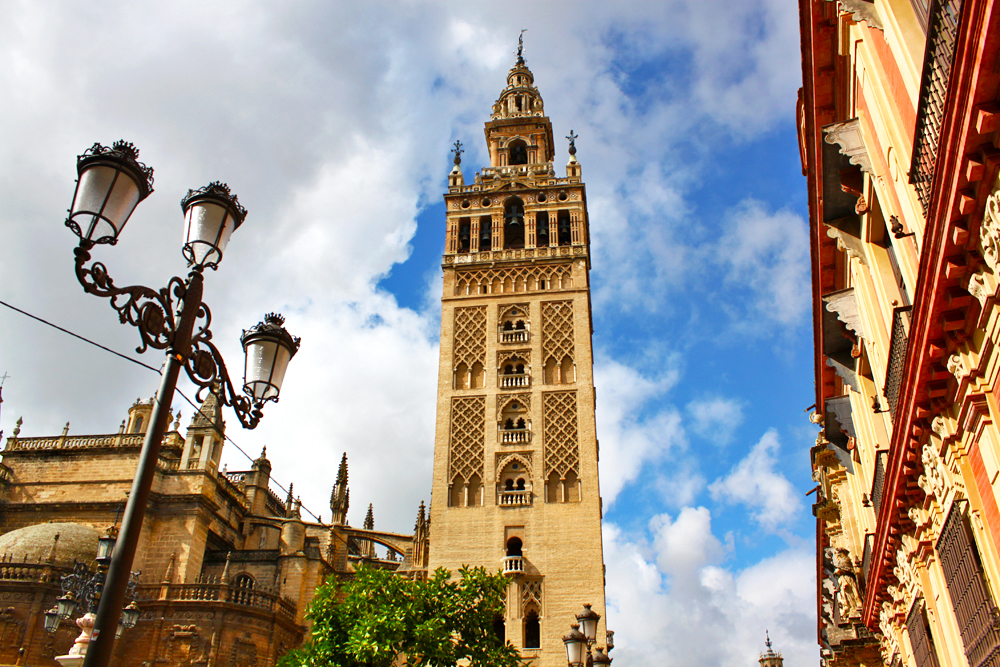 Two questions I often get asked about living abroad are 1) if I speak Spanish (yes); 2) how did I do it? It’s basically been a lot of long, hard work – but I’ve managed it.  Spanish is always going to be a second language to me, but at this point, I don’t often struggle to find words or express myself almost fully.

Essentially, after 3 years in Spain, I’m finally starting to feel reasonably comfortable in speaking the language. The bad news is that it DOES take a long time to become fluent in a foreign language. But the good news is there are lots of ways that you can do it while having fun.

So, without any further commentary from me, here are some ways that you can make learning Spanish fun. Also, at the end of the post, I’ve linked up to a selection of my other posts about learning Spanish that you might find useful.

At first, reading kids’ books in Spanish sounds like it should be much easier. After all, the point is that even a child could understand them!

Hang on a second and think about how many kids’ books involve something like magic or monsters.

Exactly how often are you going to be talking about magic wands in a real conversation? (It’s a ‘varita mágica‘, if you are actually planning on chatting it up about wizardry).

Harry Potter is one of my favorite book series for an easy read in English. It’s also full of absolutely useless vocabulary. A small selection from the first page of after Harry gets to Hogwarts that you might not know at an intermediate English level:

Here’s a sample of words an intermediate English learner might not know from one of the big articles in U.K. Glamour’s June issue:

It pained me to even make this collage.

Some of the Glamour words are fairly similar in Spanish. Most of them are also useful. The Harry Potter words are fun and add a lot of style to the book, but they are mostly too specific to be really handy unless you’re speaking at really, really high levels.

Don’t fall into the trap of thinking that kids’ books equals easier vocabulary. Lots of kids’ books have more entertaining language or great descriptions that are really complicated to grasp as a language learner.

Instead, read material intended for your age group. Nonfiction is also easier to follow, because you’re not going to get crazy stuff happening (“So…the bad guy was just on the back of his head THE WHOLE TIME?”).

I first came across this trick in one of my Spanish classes at the University of Sevilla, when the professor would put on movies in Spanish, but also added the subtitles.

Watching movies in Spanish is also a fun way to get to learn about a specific country’s culture or history. In college, I did a class that was Spanish Language Film & Conversation.We’d watch a movie from a different country every week, and also study up on that country’s history, then chat about it.

One week it was The Motorcycle Diaries (Argentina), the next was Maria Full of Grace (Colombia), then it was Volver (Spain)…you get the picture.

This can also help you get adjusted to different accents. Some are way, way harder than others! Or maybe the slang is completely different; I really struggled to understand some of the colloquial expressions in Y Tu Mamá También (Mexico) because I’d never heard anything like it.

And El Mundo es Nuestro is pretty much impossible to understand unless you’ve lived in Sevilla, but it is HILARIOUS. All of these will help you learn about the culture and/or history as well as the language – a huge bonus.

Start a collaborative playlist with your friends on Spotify, and you can come across some really cool Spanish music. One of my local friends in Barcelona helped me with one, and I got a great base for some good Spanish music – which I’ve included here.

You can also find Spanish music on Spotify easily yourself. Go to the Top Lists, then change the country to “Spain” or “Mexico” or whatever. Of course, there’s a lot of English-language music in the Top 100 in Spain right now, but you’ll be able to find lots of Spanish language stuff there too….even if it is all reggaeton!

Another way to find new Spanish bands is to check out the people who are playing at big music festivals in Spain, like Primavera Sound and BBK Live.

(And no, this isn’t a paid promotion for Spotify at all – I just really like it!)

A lot of people I met during study abroad had certainly studied a lot of Spanish; they knew all the verb tenses back and forth, and could write a pretty great essay en español. But when it came to actually talking to people, they often struggled. Speaking Spanish is a whole different thing than having studied textbooks. So, the only solution is to get out there and get talking!

(Warning: this may be horribly embarrassing at first, but it does get better. I promise!).

Look at groups on sites like Meetup or Couchsurfing, or if you’re a student in Spain, look up the Erasmus Student Network events. There’s usually a language exchange or two there! There are also Facebook groups that can be useful, and keep an eye out for signs up at local bars. Lots of them have little language nights every so often.

Being social while you learn Spanish is great – it’s more fun than textbooks, and it’s very helpful to have instant feedback on your skills. Plus, you might just end up making some friends while you’re at it. I can’t tell you how many of my good friends in Spain I’ve met through language exchanges!

It’s easier to stay motivated when you can see the real life application of your language skills – community and making friends across cultures and countries. That’s really the whole fun of learning a foreign language!

Have a hobby? Go do it in Spanish

This point is pretty self-explanatory, but if you can find a way to enjoy one of your hobbies in Spanish, then go and do it! You could join a sports team, do a class or workshop, or anything you like.

If your language skills are basic, it can be intimidating to go and do stuff. I know that firsthand – I backed out of joining a women’s soccer club in Sevilla because I was too shy to go without speaking any Spanish. Afterwards, I regretted it, because it would have helped me get out there and at least meet some people, even if they didn’t end up being lifelong friends.

It really is worth it to get out there in some way. Maybe a team sport that requires communication is too scary; instead, try something like a kickboxing class where you just have to follow directions and can watch other people to figure it out.

Again, like with the social activities, it’s easier to stay motivated if you enjoy the thing that you’re doing. And if you have a scheduled commitment, you don’t have to think about building in the time to practice.

So, with all that said, here are a few other places you might look for learning Spanish tips:

And a few posts about vocabulary:

Learning Spanish can be tough. But you really don’t have to do it just by rote memorization and boring verb tense practice. There are lots of ways that you can make learning Spanish a lot more fun. The trick is to try out a bunch of different options until you find the one that sticks for you.

It all comes down to this – if you enjoy doing it in English, give it a go in Spanish too! Don’t take it too seriously, and remember that it does get easier. Really.

Do you have any other tips for making learning Spanish fun? Let me know in the comments below!