Why You Should Visit Yorkshire, England Right Now 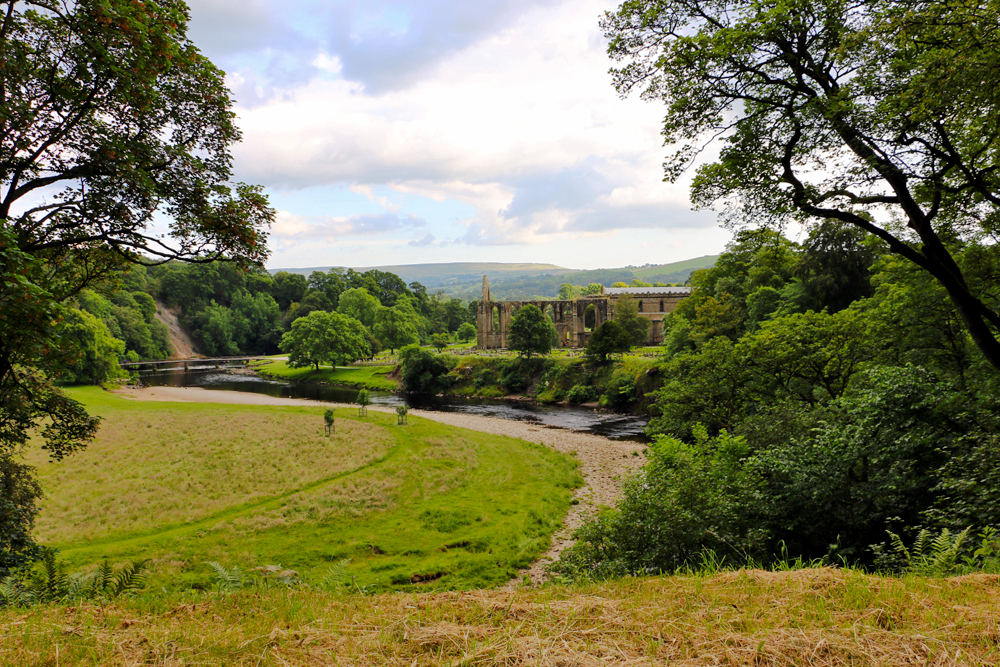 The U.K. is one of my favorite places to travel by far; there’s just so much to explore on this fantastic little green island, from fascinating cities with thousands of years of history to some of the prettiest views I’ve seen in my entire life. And there’s one part in particular of the U.K. that’s especially gorgeous – and that’s Yorkshire.

I’m always surprised that one tiny area can pack in so much fantastic stuff. OK, so it’s not that small – it’s the biggest county in the U.K. – though it’s still not huge. But you could spend ages exploring this pocket of northern England, because although it’s not that large in terms of physical size, there is a huge amount of stuff to see here.

So, without further fanfare, here are just some of the reasons you should visit Yorkshire right away. No, really – get yourself there as soon as possible, because it’s amazing!

The Most Beautiful Views Ever (No Exaggeration)

As you go through the Yorkshire Dales, you might have the sensation that something’s gone wrong with your vision and everything has turned green. I’ve never seen anywhere that’s so many different shades of green, from the light grassy fields dotted with sheep to the deeper emerald tones of the forests.

It does rain an awful lot here, but when you see just how beautiful all that rain has made the countryside, it seems worth it.

I probably don’t have to mention at this point how crazy beautiful Yorkshire is. There are breathtaking views around almost every corner on the roads – and I mean that quite literally. It’s nicknamed ‘God’s Own Country’  for those stunning views.

As a bonus, the Dales are also full of charming little village names that sound like something out of a children’s fairytale book, like Appletreewick and Giggleswick. I collected a whole series of photos of all the funny-sounding names, along with a good amount of photographs of the rolling green hills.

It was so hard to pick my favorite photos, and at the same time, I know they’re nothing like actually being there yourself and seeing the views in all their splendor.

Natural wonders and countryside aside (hah), there are also a bunch of amazing historical sites scattered around Yorkshire.

One of the most interesting parts about traveling around Europe is that a lot of the places have belonged to lots of different people and have evolved over the centuries – and you really can see that in the buildings and cities.

So York, for instance, is not only like something out of a fantasy movie, but it’s also got a Viking city buried underneath the modern city that you can visit. (This was literally the coolest thing ever when I was about 10 years old, especially as they recreate a Viking city down to details like the smells and sounds).

Then there’s the impressive York Minster, which was finished in the 15th century but has been some sort of church site since 627, when they quickly put up a wooden church for a special king’s baptism (although this building, and some later churches on the same site, have been destroyed).

And York Castle, which has been there since the 11th century in some form. And…well, you get the idea.

Go about an hour west, and you’ll find another interesting piece of history from a completely different time – the Saltaire modern village and textile mill from the mid-1800s (which, as their website is quick to inform you, is a UNESCO World Heritage Site!).

You could do a giant Industrial Revolution tour of Britain if that’s your thing, but Saltaire is interesting even if something like that wouldn’t make it into your typical travel plans.

The workers of the textile mill lived, worked, and socialized there – it’s got a factory, a housing complex, and things like a library, concert hall, and gym.

I’m pretty sure the tech companies in San Francisco are trying something similar today, although you have to worship at the temple of Google instead of a congregational church.

But it’s not all old history here. There are also a handful of very cool modern places to see, like the excellent National Media Museum museum in Bradford  – I spent ages there watching the best adverts from around the world – and the Yorkshire Sculpture Park, which is full of quirky pieces of art that seem oddly at home among the gorgeous rolling hills.

(Side note: speaking of television and Yorkshire, check out the police/detective program Happy Valley, which takes place in the region).

Of course, these are the typical things I was taken to as a kid and only now look back on and think, “Oh yeah, that actually WAS very cool.” I’m desperate to go back to the sculpture park – a place I’m fairly certain I whinged about going to as a bratty child. Now, as a 20-something with an inner hipster desperate to be let out, it sounds much more alluring!

To say that Yorkshire locals are proud of their county is an understatement. Last summer, I got really lucky to be there when there was a special outpouring of regional pride for the Tour de France departing stages, which were held in Yorkshire.

It was like the whole place had turned bright golden-yellow (the color of the winning cyclist’s jersey). Everywhere you looked, there were bicycles on display, strings of festive bunting, and even thousands of hand-knitted miniature jumpers. Cake shops and tea rooms had special bike-themed desserts, and the belfry at York was renamed “Le Belfry.”

The Grand Départ went over so well that they’ll be holding their very own Tour de Yorkshire this year, which holds place of pride on the official Yorkshire website. The site, by the way, proudly calls the county  “England’s biggest and most magnificent county.”

They Know Their Tea

OK, everyone who knows me knows that I am a huge tea drinker. It is a sad, sad day if I run out of teabags at a time when the supermarkets are closed. People have suggested I just get put on a permanent tea drip instead of drinking the stuff, as it might be more effective to just pipe it directly to my veins. (Just writing this, I had to go and put the kettle on for another cuppa).

So I’m pretty choosy about my tea. There are only two acceptable brands – one of them being Yorkshire Tea, of course! Every time I go to the U.K., I reserve a spot of honor in my suitcase for a box to take back with me (otherwise it’s the Corte Inglés and their outrageous prices).

Side note: at my last job at a celebrity gossip website, I was very jealous of one of One Direction’s girlfriends. Not because of her lifestyle of glamorous riches…but because she had a sponsorship deal with Yorkshire Tea.

Anyway, I’m not just talking about the drinking kind of tea. Yorkshire also does a rather excellent afternoon tea, complete with lovely little cakes. I especially enjoyed having afternoon tea at Bettys in York, which is a place out of a Downton Abbey fan’s dream. A cream tea while looking out over the views of the Dales in Malham came a close second!

While this little post only covers my own recent travels in Yorkshire, I could have gone on a lot longer – there’s also the huge literary culture, the major cities, the food, and that’s just to mention a handful of things. Yorkshire is definitely one of the best places in England to visit as you can see so much great stuff in quite a small space. I’m already looking forward to my next visit, because, as this silly video says, “If it’s outside Yorkshire, it’s not worth bloody visiting!”

Until next time, Yorkshire!