Where in Spain Wednesday: Barcelona 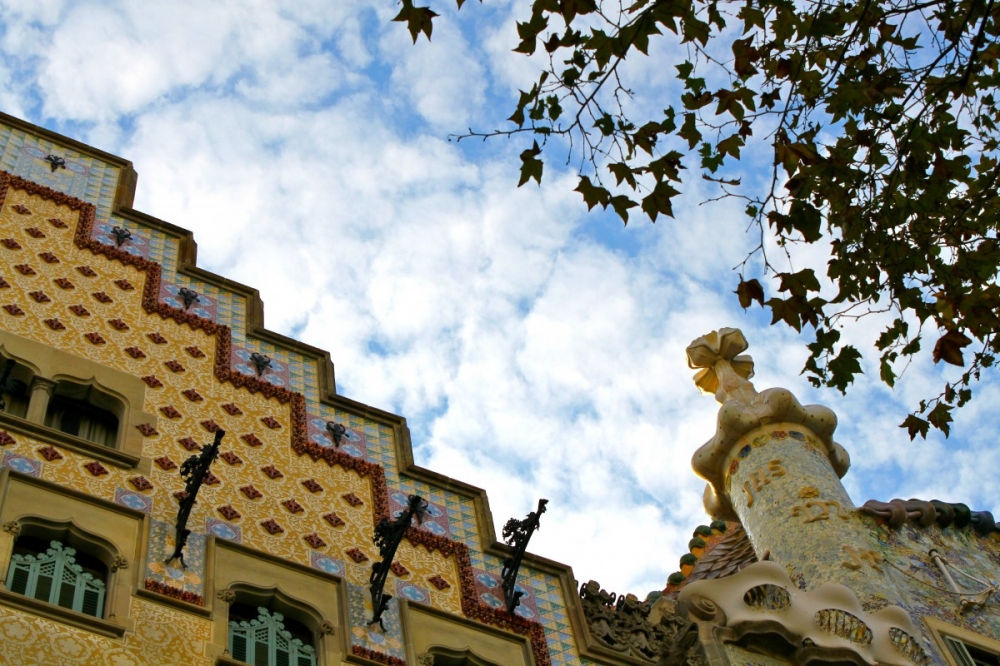 Last week, I started my new series “Where in Spain Wednesday” with a photo from Sevilla, the first place I ever went in Spain. This week, I have a photo of the first place in Spain that really felt like home – Barcelona, of course!

These are the roofs of Casa Amatller (on the left) and Casa Batllò. Both are modernist houses built for the families who gave their names to the buildings. Funky, colorful architecture like this is one of the reasons I love Barcelona.

The first house was designed by a famous Catalan modernist architect. No, not Gaudí – it was Josep Puig i Cadafalch. Amatller was a chocolatier, so Casa Amatller is better known as the Chocolate Museum today!

Casa Batllò is one of Gaudí’s masterpieces, and is nicknamed the Casa dels Ossos – the House of Bones – because of the skeletal shapes that form the balconies.  But it supposedly represents the battle between St. George (Catalunya’s patron saint) and the dragon.