From Barcelona to Kaunas, Lithuania: An Interview with Pau of Fateuser 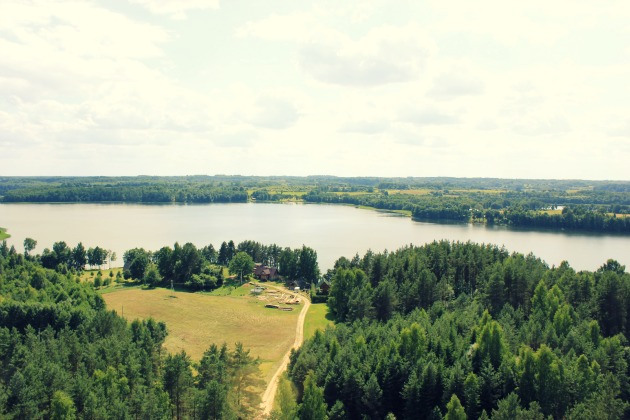 Hello everybody! This week, I did a post exchange from Pau of the fab blog The Fateuser Chronicles. Pau was born in Barcelona, then lived in both Logroño and Valencia, and now lives in Lithuania. I love reading about his adventures, and it’s always interesting to hear from a local who moved away from my adopted city. Here’s what he had to say about life in Lithuania, his local recommendations for Barcelona, and living the expat life.

So how did you end up in Lithuania? Where in the country do you live?

After spending one year at university in Valencia, I decided that I didn’t want to study that degree (physical therapy) anymore. What I wanted to do was become a doctor. So I started checking European universities where I could study medicine in English, and I found this one in Lithuania. I had never been before there. I didn’t even know the language or the culture. But I said, why not? Let’s follow a dream.

I live in Kaunas, which is the second biggest city in the country, and 100km far from the capital, Vilnius.

What do you do there?

I study medicine here. This is my 4th year here and still 2 more to go!

I don’t know much about Lithuania – can you describe it to me in a few words? And what’s a typical day like for you?

Lithuania is the jewel of the Baltics. Green. Everywhere. There are lakes and woods all around the place. The culture and the people are completely different from where I was born, and maybe that’s why I like it that much.

A typical day would be: I wake up at 7am, have my breakfast and go to the university. I usually spend the whole morning here between lectures and patients in the hospital. After that I go have lunch (usually around 12 – 14), then I either go to the gym or have a nap, depending on how tired I am.

In the afternoons my plan varies. Some days I go straight to the library and stay there until dinner time, when I go back home to eat and surf the internet. But, let’s say that my days aren’t typical at all J

One of the things I like the most is discovering their culture and learning their language. Also, at my university there’s a program for foreign students. This is quite awesome! I get to be friends with people from all around the world!

When people come to visit me I usually take them to Vilnius and if we have time I take them to the Baltic Sea to the city of Klaipėda.

What was the hardest part about adjusting to Lithuanian life? Was there anything that was surprisingly easy?

I guess one of the hardest things for me was the weather. In Spain we rarely have really cold winters. The lowest temperature I had ever experienced before was around   -15ºC, but I was skiing in the mountains. The first time I had real pain due to the cold it was here. The average temperature in the winter is around -18ºC and in February it can reach -24ºC. That’s why the Lithuanians always tell me that in Spain we have a “fake winter”.

I guess there was nothing surprisingly easy. It was hard at the beginning to adapt to this culture and their way of life, but hey, after 3 years and few months here I’m beginning to consider myself adapted.

Do you find many other Catalan or Spanish people in Lithuania?

There are many Spanish students in my university, and Catalan as well. One thing I forgot to mention before about Kaunas is that here there are 8 universities. Which means that around 27% of the population in Kaunas are students. Not bad , huh?  🙂

What do you miss most about Spain?

I guess the weather and the sunlight. That was something really hard to adapt to. I come from the country of sunlight. Here you have to get used to the grey days. Also, one thing I used to miss so much was the life in the streets, like having some beers and being in the bustle of a city. I said “used to” because now in Kaunas the bars and the people are changing. Now people go out more and spend more time in the streets.

If you could take three Spanish/Catalan foods to Lithuania (with no baggage/import restrictions), what would you take?

Lots of Spanish ham, serrano and ibérico. Also I would take lots of botifarras (Catalan sausage) and chorizo. I already take them whenever I come back from home. 🙂 It’s so funny when you bring 5kg of chorizo in your baggage!

What’s your favorite spot in Barcelona?

My favorite spot is one bar built in 1927 and found in a neighborhood called Horta. The name of the place is Quimet d’Horta and trust me, if you want to have the best ciabatta in Barcelona you should definitely go there!

How often do you get to go back home?

I usually go three times a year. Summer, Christmas and Easter holidays. But sometimes, depending on my friends and the money that I have, I try to travel during the Easter holidays.

Do you have any advice or tips for people visiting Barcelona?

If it’s summer, stay hydrated and bring sun cream! But the most important thing: visit Barcelona with a local. It doesn’t matter if that person is born there or not. What really matters is that your guide knows Barcelona quite well and can show you the city from the inside. It’s a whole different world when you visit any place with a person that lives there.

If you don’t have any friends in the city, there are lots of websites (like Couch Surfing) where you can talk to locals and meet them for a city tour!

What three words would you use to describe Barcelona?

If you could move to any country in the world (not counting Lithuania or Spain), where would you move? Why?

I guess I would like to live in the UK. Or France. Or Sweden. Ah Jess!! That’s a really hard question to answer. I would actually love to live in as many places as possible. But being realistic I can see myself living in UK or maybe trying luck in the US or Canada. Who knows? 🙂

Thanks to Pau for a fun interview! I’m looking forward to reading more about his adventures. You can also see my guest post on his page, My Top 5 Things to do in Barcelona.