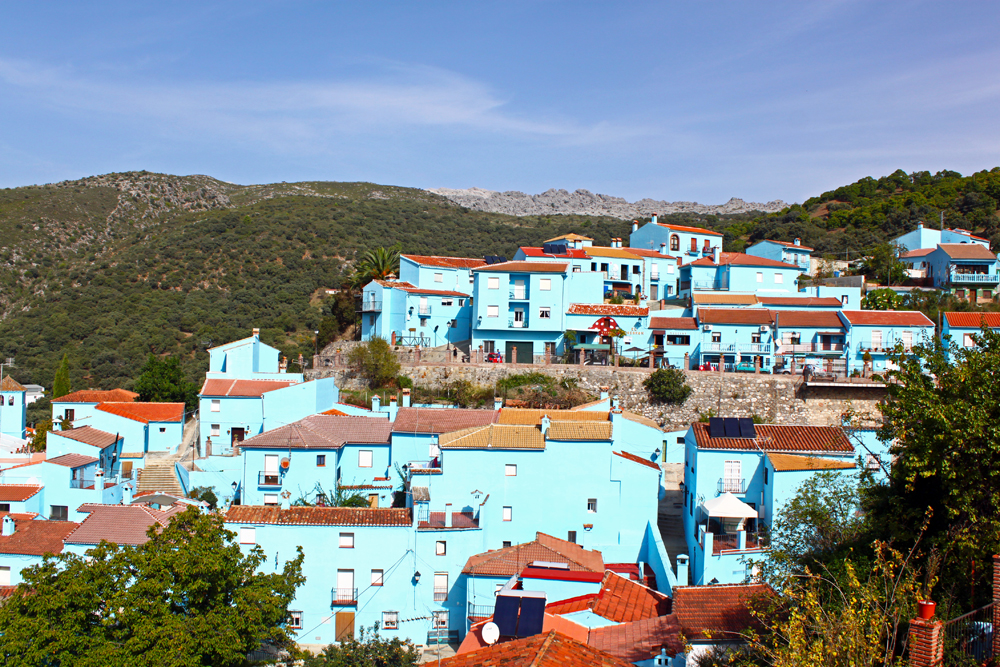 Road trip? As soon as that phrase is uttered, I’m usually sprinting to the nearest computer to check out any alternative way to get to the destination in question.

But sometimes, a long car journey is really the only way to get to see something extra-special. Now, Spain’s already a pretty special country – I like to tell people that visiting each region is like visiting completely different countries – but I’ve recently discovered a few places that are certainly something else (though exactly what is perhaps still up for debate).

If you’re looking for some quirky, offbeat, and just plain weird road trip stops in Spain, then you’ve come to the right place!

(Also, a quick aside – this is the first road trip I’ve taken since I got my eyesight magically fixed with surgery. My vision is sharper than it ever was with contacts or glasses, and it really makes a difference at times like this. I’m seeing things I literally never saw before!)

Stop on the way from Ronda to Cádiz.

You’ve may have spotted this one on a list of colorful or bizarre travel destinations. Júzcar is a tiny village in the hills of Andalucía, and it would be just another one of the region’s ‘pueblos blancos’. Except for the fact that the whole place is shocking Smurf blue.

And no, I’m not calling it Smurf blue by coincidence; Júzcar’s blue makeover was a promotional effort for the Smurfs movies. It’s been a while since a Smurfs movie came out, but the village is still enjoying the after-effects…and profits from curious travelers. All the local shops and restaurants have some kind of Smurf connection, whether it’s a selection of kitschy memorabilia or a Smurf-related name.

I expected to find the tiny village empty, but nope –  the small visitor parking section had quite a few other cars. There were a few local families, plus a busful of tourists from Japan (a small bus, but still).

That being said, Júzcar doesn’t exactly have the whole tourism thing down. Lots of the places were closed, and there was just one restaurant we saw open. We sat down and waited. After a while, somebody came out and we ordered drinks. Then waited some more. We eventually left, as they’d completely forgotten we were even there. There wasn’t even anybody at the bar inside. Maybe it was just a bad day, but I wouldn’t recommend planning on getting lunch here.

Oh, and one last note – even the cemetery is bright blue. Proof:

The House of Stone (Castilla-La Mancha)

Stop on the way from Madrid to Barcelona.

On the way back to Barcelona from Madrid, I ended up stopping at the Casa de Piedra (the House of Stone). It’s in Alcolea del Pinar, a tiny town in the Guadalajara province.

The house was carved right into the face of a huge rock by a local man named Lino Bueno. Over the course of 28 years, he pounded away at the rock in his free time, and eventually managed to carve out an actual living space.

It took him eight years of effort before he could move in, and then he just kept expanding his living quarters. Today, Lino’s grandson shows you around the house, which has photos of its very dedicated founder hanging on the curving walls.

This isn’t a small house by any means. There are three separate levels, a storage area, and four big rooms. If you look closely at the walls and ceilings, you can see the marks from where Lino carved out the spaces. It’s pretty astonishing to see, and I’d never seen anything like it.

I’m not the only one who’s impressed by the Casa de Piedra. Over the years, this little stop has gotten its fair share of attention, even receiving visits from two different sets of kings and queens of Spain.

Stop on the way from San Sebastián to Barcelona.

If you haven’t seen or heard of the infamous Ecce Homo painting re-working by now, I’d be pretty surprised. The story of a little Spanish grandmother, Cecilia Giménez, who managed to completely destroy a fresco of Jesus in an old church made headlines across the world, inspiring everything from Halloween costumes to monologues by stand-up comedians to Facebook memes. She’d tried to help restore the fresco, and then things, she said, got a little “out of hand.”

I laugh every time I imagine how she got herself into that situation. And then I feel a little bad for her.

Naturally, people from all over the world have flocked to go see her incredible mistake and take silly pictures with it – present company included.

And you know what? Borja is actually a very cute little stop. The church where the botched fresco is found is right next to a sanctuary. In days past, people suffering from illnesses went to get some sunshine and fresh air. You can still stay there today, actually.

The lovely lady working there was thrilled to show us around and explained all kinds of things to us. I think she was quite pleased that people were interested in the history of the place, not just the painting.

Still, the painting has brought quite a bit of money to the town and local charities. There’s even an international art competition in Cecilia’s name. All’s well that ends well!

Even though these quirky road trip stops in Spain are by no means some of the country’s biggest attractions, they’re definitely worth a little side-trip if you’re already driving somewhere nearby. While I wouldn’t go out of my way to get to these places, I’m glad I got to see them!

What’s the weirdest stop you’ve ever made on a road trip? Are there any other cool road trip stops in Spain you recommend?