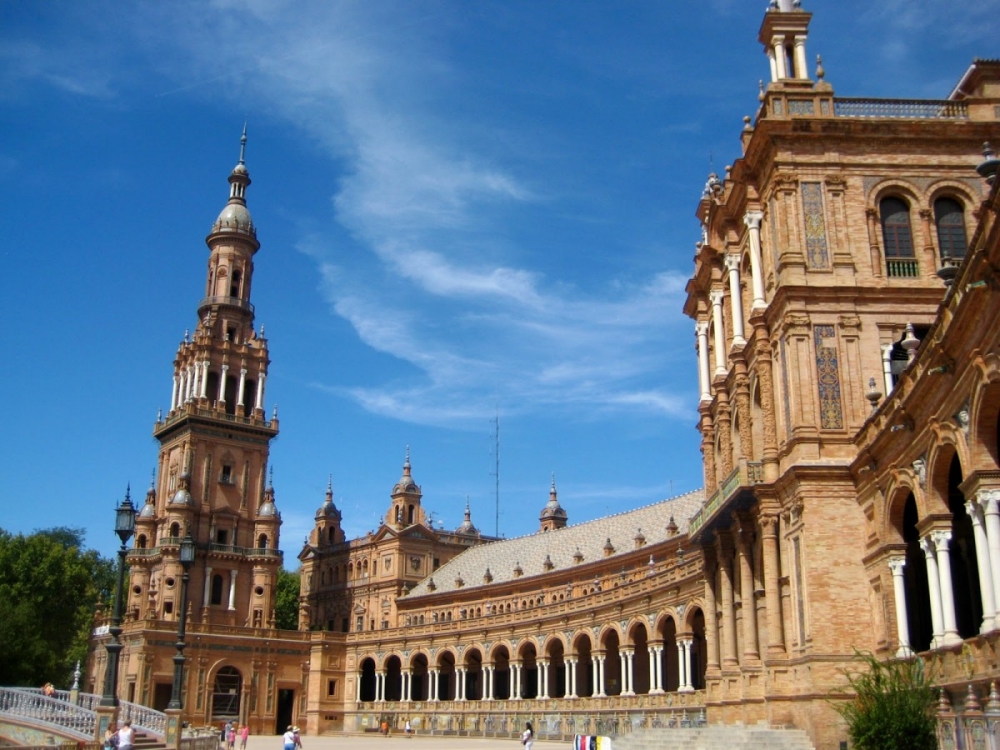 When I first arrived in Spain in August/September 2009, I definitely underestimated how challenging it would be to learn a new language. But I’m happy to say that after what I consider 1 1/2 years of study, I’ve improved a lot and can mostly communicate what I want to.So to celebrate, here are some funny things that have happened lately in my battle with Spanish language and culture:

1) I tried to explain Project Runway to a friend. His response? “Ah, I get it, it’s a trick program! When do they tell the designers it’s a joke?” Admittedly, that week’s episode was a poor example – they’d gone to a pet store to make clothes, and my friend’s understanding was that they were telling them to make clothes out of pets.

2) Somebody tried to explain to me what a type of pastry was. I didn’t think there was anything like it in the English-speaking world to my knowledge, so my friend said “Wait! I know how to say it in English – it’s a hairy angel pastry.” After I stopped laughing, I explained that the right phrase was, of course, “angel hair”.
3) I accidentally said I’d never seen a pregnant person. This led to many jokes about the American education system. What I wanted to say was I’d never seen a pregnant person up close but all my Spanish disappeared halfway through my sentence!

4) I frequently say that I put my ‘contactos’ in my eyes. This is okay in English, but in Spanish it isn’t – you either have to say ‘lentes de contacto’ or just ‘lentes’. Just ‘contacto’ is like a business contact/list of contacts, so it’d be a pretty weird thing to put in your eye! Security guards at the Barcelona airport find this a hilarious mistake.

I’ll keep adding to this from time to time as funny things crop up (as I’m sure they will!). But for now, it’s time to go to sleep for me! It’s

been a cold, rainy day and I’m pretty happy to snuggle up and fall asleep. It was too bad it rained today though – my parents left yesterday evening and they were hoping for rain the whole week they were here. Just another sign they should’ve stayed longer! Oh well, at least we finally got some rain, and it’ll only be a couple more months til I get to see them again when go home for Christmas! Anyway, I really am going now – it’s time to get those pesky business contacts back into their plastic cases.