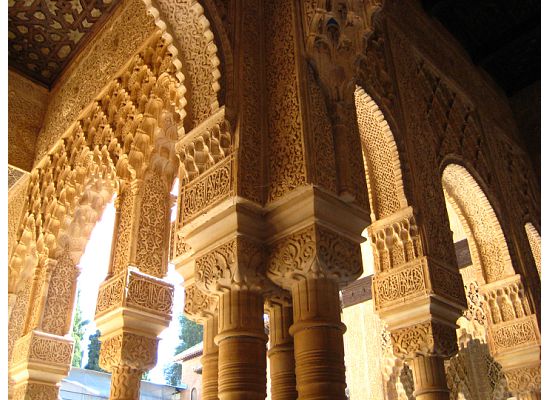 As you may already know, I’ve had two study abroad experiences. The first was in Sevilla, Spain in the fall of 2009. It was a pretty awful experience, but I learned lots about the culture, travelled a lot, and improved my Spanish.

The second was in the summer of 2010 in Barcelona, and was a fabulous experience! But I didn’t learn much about Spanish or Catalan culture, nor did I explore the region much.

And now I’m actually living and working in Barcelona, which is again fun but different. So from all these cool experiences, here are some things I learned:

1) Learning a new language is hard!

I’m sure you got this message already from previous posts, but learning a new language is a totally uniquely challenging experience.  It can be totally awful at times, and often terribly frustrating. It’s led me to tears on multiple occasions! The subjunctive still makes me cry (literally!).

This the important part (and also the part that can be hardest to remember). It might be impossible that I’ll ever trick anybody into thinking I’m a native Spanish speaker, but it’s totally possible that I’ll be able to speak pretty fluently.

If something is making you feel uncomfortable in another culture (particularly one that you’re living in), it’s okay to politely ask about it. In fact, I should have asked about some things in Sevilla – but I was too worried about seeming rude or disrespectful of cultural differences. Really, being a foreigner puts you in a great position to ask questions, as you’re not expected to know everything about the culture.

4) Figuring out and focusing your goals is good.

In Sevilla, I just wanted the fabulous, amazing, life-changing study abroad ‘experience’ that Pitzer College was so intent on selling me. In Barcelona, I knew what I wanted: to speak Spanish, have a totally social experience, and live with fellow students. I got exactly what I wanted in Barcelona because I’d set my goals, so they were way easier to achieve. And this month is going better because I set small goals.

5) Talk to everybody you can!

Well, maybe not everybody, but chatting to people on the streets and in shops is a great way to meet people and practice your language skills. You can definitely “use” these people for language lessons (and maybe make a few friends too). I’ve also gotten free drinks/VIP entrances to bars and clubs just for having conversations with the people working there, and chatted to people from all over the world at tourist sites. I’ve met local people through Couch Surfing for language exchanges, and made new friends on nights out. It’s way more fun than a grammar book!

This applies at home too, but in this sense I mean that things around the big tourist places are great places to travel to as well. Everything in a foreign country is pretty much automatically novel and interesting, and being in a country for even just a few months gives you enough time to get out and about. The little towns and smaller cities I’ve visited in Spain have been so interesting (like Ronda and Cádiz in Andalucía, or Olot in Catalonia). They also have given me a better feel for what certain areas of Spain are really like on a more diverse level.

Maybe this is just me and my love for photos, but I love looking back at my photos of all the places I’ve travelled to. It’s like an instant little trip back! Plus, I like sharing my pictures of things in my daily life – they initially seem so exotic and different but will eventually become normal. With things like food, it’s always great to have some shots to accompany your delicious descriptions!

I’ve previously written about this, but it’s so true! On the two occasions I’ve seen my parents in the past few months, I’ve specifically requested a particular brand of makeup, Crest toothpaste, and Kraft mac and cheese – silly things from home I like that I just can’t get here. I’m also currently really missing carpets (my room is freezing today!) and Mexican food.

10) You can be in the most beautiful place in the world, but that doesn’t matter unless people you love (or even like!) are around.

Ok, this sounds totally cheesy, but for me, it was true. I have thousands of beautiful pictures of Andalucía, and I like looking at them for how stunning the places are. But they seem empty and detached, as I was so sad and totally alone during nearly my whole time there. It’s almost like looking at someone else’s snapshots. On the other hand, Barcelona’s an amazing city, but it’s even better for me because I’ve had so many great people to share it with. Places can be beautiful, but so are pictures of those places! People are what’s really important.

Barcelona is special for lots of reasons, not just because of how pretty it is

Here’s a great article about what study abroad is really like: