Where in Spain Wednesday – Girona 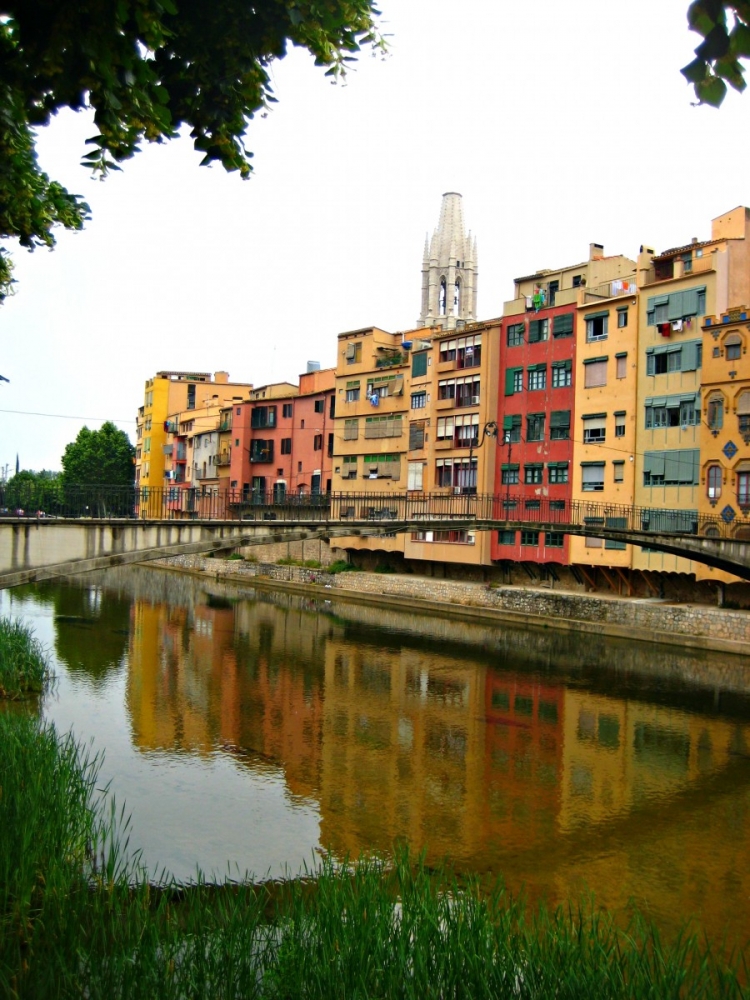 This week, I’ve got a photo of Catalunya’s second most-famous city (probably): Girona!

Girona is just about an hour away from Barcelona by train. Its small-town feel is so different from Barcelona’s edgy cosmopolitan vibe. I’d always heard that Girona is Catalonia’s second-biggest city, but actually it’s quite small (most of Barcelona’s suburbs are bigger according to all the numbers I found online).

It’s probably the second-biggest tourist attraction city though, and it definitely deserves a visit…and not just if you get stuck there because Ryanair calls it “Barcelona”!

It’s beautiful and green, and the gentle Onyar River runs through the city filled with old, interesting buildings.  The huge mix of the city’s religious history shows up in the architecture – a huge cathedral (originally a mosque), a Roman copy of Arab baths, and a winding Jewish quarter are three of Girona’s most impressive sights.

Every May, Girona has a flower festival (the Temps de Flors) where they cover the entire city in flower carpets. I was there just as they were cleaning up and it was still stunning, so I’m hoping I can go back this spring to see the full display .