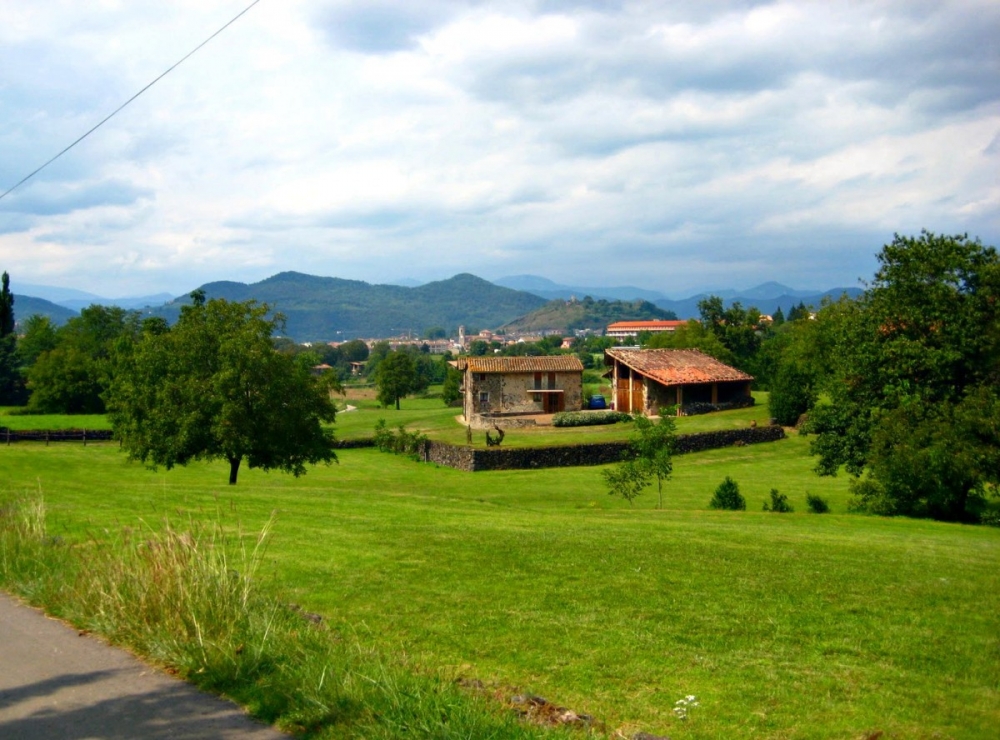 Here’s a photo from a place in Spain you probably haven’t heard of – Olot! I’d never heard of it either, but I ended up going last summer once I heard it had volcanoes.

Yep, you read that right. Real volcanoes, in Spain. No, they’re not active anymore, but it’s still pretty exciting. You can hike up them and back down into the craters.

I actually ate my breakfast in a volcano crater one morning, which was quite the experience.

Olot is the capital of La Garrotxa, a region in the province of Girona in northwestern Spain. It’s tiny (population around 33,500) and surrounded by mountains, inactive volcanoes, and a pretty river. The town is filled with tree-lined streets and funky modernist buildings.

This photo was actually taken just outside Olot after a long day of hiking to see an unusual forest, La Fageda d’en Jordi. The lava from volcanic explosions formed special trees in the forest, which are thought not to exist anywhere else in the world. Some of the mountains you can see are actually volcanoes, and the bigger ones in the back are the Pyrenees.

Olot might not be high on the list of touristic places to visit in Spain, but this small city definitely has a lot to see.