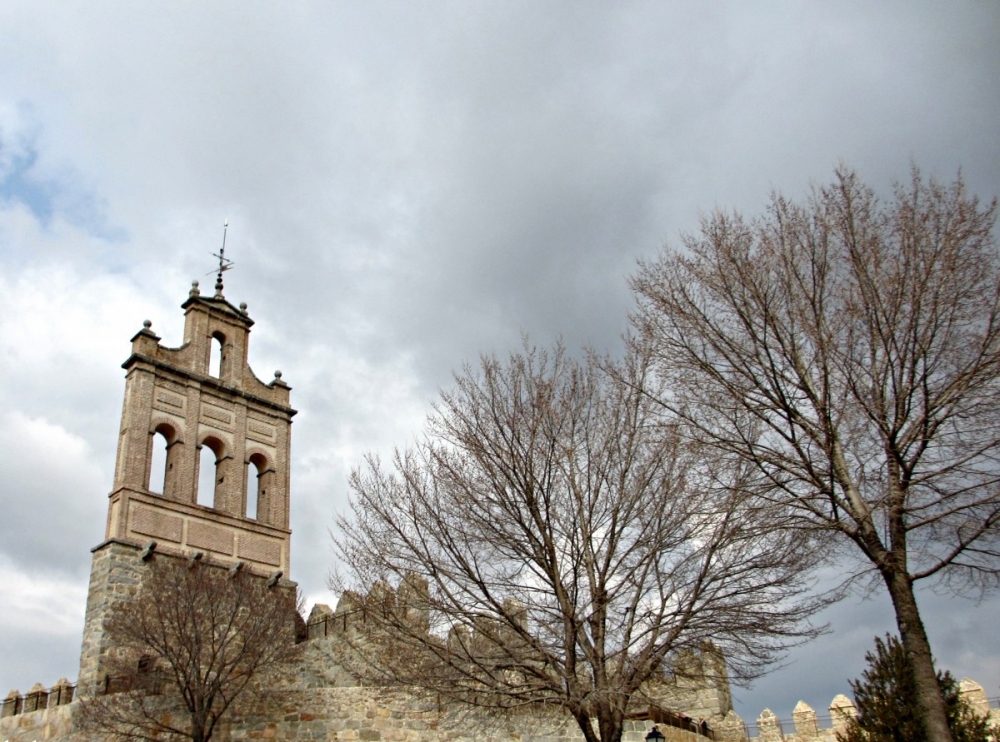 Last March, I spent a weekend in beautiful Castilla y León. We kicked off the weekend in Ávila, a tiny town with a big wall.

Why’s the Ávila wall so important? It dates back all the way to medieval times, and it’s about 2,500 meters (about 8,200 feet). The wall has 88 large towers and surrounds the entire old city. It’s in astonishing condition today, considering they started working on it around 1090!

The wall is such a big deal that it’s been declared a UNESCO World Heritage Site. Did you know that Spain has 44 World Heritage Sites? It’s the country with the third-most UNESCO sites, which is pretty cool. You could spend a whole lifetime exploring the sites, there are so, SO many of them.

Anyway, back to Ávila. There are only a handful of other sights to see here, making it the ideal city for a day trip. It’s really adorable, and has some fantastic views of the surrounding Castilian countryside. You get even better views if you go up on the wall itself – there are two ways you can walk around it, a short route and a long route. Today, you can only walk around about half the walls.

Apart from being historically important, I thought the walls were very pretty, especially when their sandy color stood out against the ominously darkening sky. Just as we passed through the walls for our last glimpse of Ávila, the skies opened up and it started to rain. We got back in the bus right when it started to really pour.

P.S. I believe they are technically fortress walls, not castle walls, but castle sounds much more exciting!