How to Unlock a Smartphone in Spain 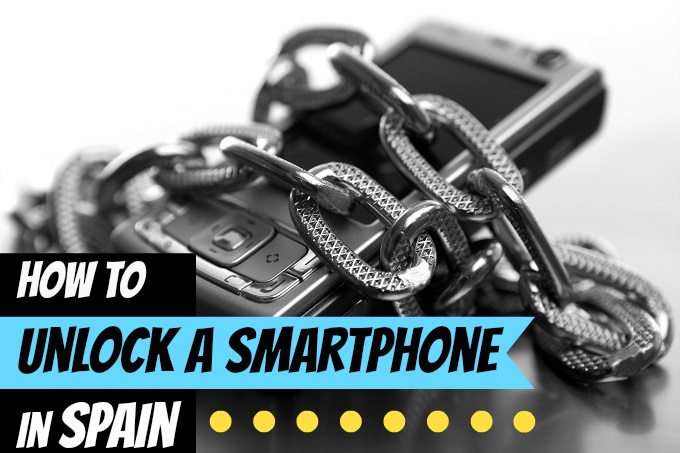 BIG news everyone – I finally have a smartphone! I feel like I am the last 20-something on the face of the planet to finally join the 21st century, but I bit the bullet and did it. Why did I take so long? Well, I didn’t want to be one of those smartphone zombies.

Now I can be one of these jerks, too! 🙂 Image credit: Roverly

But I realized when I had a friend visiting who had no phone, just the ability to use the internet, that it was becoming way more of a hassle to NOT have a smartphone. It was really tough to meet up with him, and I was chained inside to my laptop all day (not fun when there are beaches to be relaxed on!)

So, I dug out an old iPhone that I got for free on my family phone contract in the U.S. and got it unlocked. Here’s a guide for how to unlock a smartphone in Spain (plus specific instructions for where to unlock a phone in Barcelona)  – and it’s surprisingly easy!

Also, shameless plug – now that I have a smartphone, I have Instagram too! Come follow me at BarcelonaBlonde.

Step 1: Figure out if your phone company will do it for you for FREE!

Lots of providers will unlock your phone for free, especially if it’s out of contract. This is definitely the easiest way to get it done (not to mention definitely legal), so try this before messing with any of the other stuff.

My provider (AT&T) would NOT unlock my iPhone. Even though it’s an older model, it was still under contract for almost another year. So that led to…

Step 2: Choose your plan of attack

There are 3 ways I found that you can unlock your phone:

a) Follow an online guide to do it yourself.

There are lots of resources, but even though I spent two whole days trying to figure out the online guides and special requirements and whatnot, I eventually came to the conclusion that I was just not tech-savvy enough to do it.

You will need to be patient and comfortable with tech jargon to do this (I am only one of those two things). Honestly, this was just not worth the amount of time and effort it would have taken me.

What I felt like after trying. Photo credit: Arthur Tress

b) Buy an unlock code online.

Whether or not you actually receive a code is questionable. Whether or not it then actually works is also up in the air. I decided to keep this one on the back-burner, but just wasn’t comfortable doing it after reading all the reviews from people who hadn’t gotten a code.

c) Once you’re in Spain, go to a “chino” or “paki” shop and have them unlock it for you.

OK, first of all, those would both be offensive ways of talking about such a store in English. But in Spain, it’s standard, although I only use them in a really convoluted way.  Example: “You know, that shop you call the ‘paki‘? Only in English that’s an offensive word and maybe the owners aren’t even from Pakistan anyway…but that shop! Where it is?” Most of my friends respond like this:

Step 3: Unlock your phone at a store in Spain

Go to some kind of electronics shop or cybercafe (locutorio) to look for a sign that says “Liberamos móviles“. In Barcelona, there are lots around the Sant Antoni area. You will need to know which model phone it is. Show them your phone and ask how much it will be to “liberar” it (I love that phrase, by the way – I’m not illegally unlocking my phone, I’m liberating it!).

I paid €25 for mine at a shop called Geo Movil right by Plaça Universitat (C/Sepulveda, 185). I have no idea how reliable they are, but there are tons of similar shops in the area, so just head down in that direction and you should be OK.

Oh, and just FYI, it was kind of a sketchy process.

First, they took my phone, gave it to a bike messenger, and said to come back in 30 minutes. They were very nice to me, but it was such a weird situation I didn’t really know what to expect. For a minute after I handed over my phone the first time, I thought “Oh god, I literally just handed my phone away to get stolen”, especially because Barcelona is so notorious for phone robbery.

Then they said to come back with my phone in 2 days. I did, it disappeared with the messenger again, and I waited for a while. Luckily, the phone came back working and unlocked, as promised. I made sure to test it in the shop, and I kept a receipt of exactly what these guys had.

I also changed all my passwords and stuff afterwards, just in case somebody had tried to swipe the information (which I really should have done before). I was nervous, but it seems to have worked out fine (knock on wood).

Step 4: Get a Spanish SIM card.

This can happen at any point along the way, but you will need a Spanish SIM card to complete the process. Lots of companies will offer you a flat rate usage contract with no set dates if you already have a phone. I signed up with PepePhone and pay about €9 a month. They delivered my SIM to my door within a couple days of placing my order. You usually need a NIE to sign up for a contract.

A word of advice: you may need to find a province abbreviation for some step of setting up your phone. Wikipedia has a list of them for Spain (I needed it for iTunes, I believe).

That’s it! You should have a working smartphone in Spain for about 25€.

Have you ever gotten a smartphone unlocked in Spain? How did you do it?