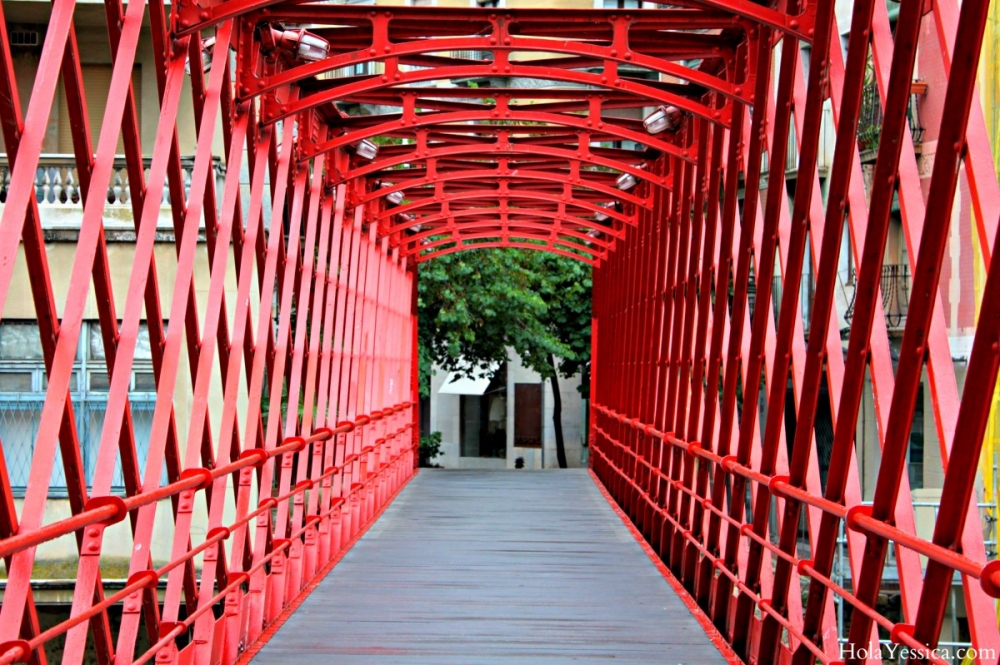 Hola everyone, and welcome to my new self-hosted blog! Things should look mostly the same as I’m still using the same theme while I get used to this whole WordPress.org beast. Let me know if you have any issues with the page or if things look weird. Anyway, moving on to this week’s Where in Spain Wednesday…let’s go to the Eiffel Bridge in Girona!

This fancy red bridge is called the Eiffel Bridge. And yes, it’s the same Eiffel company who built the slightly more well-known Eiffel Tower. But this one came first (I wonder if that’s a point of pride for any Girona locals).

That’s not it’s only name. It’s also called the Pont de Ferro (the Iron Bridge) and the Pont de les Pescateries Velles (the Old Fishermen’s Bridge). The new red bridge was built in 1877, and from the old pictures I found of the earlier bridge, it looked almost the same, just in wood. I’d expected to see something really different, because the red bridge looks pretty new to me.

On sunny days, the red bridge really stands out against the golden buildings lining the river, the leafy green plants growing along the side, and the bright blue skies. But I only know that from pictures; every single time I go to Girona it rains! Maybe next time I’ll get luckier with the weather…