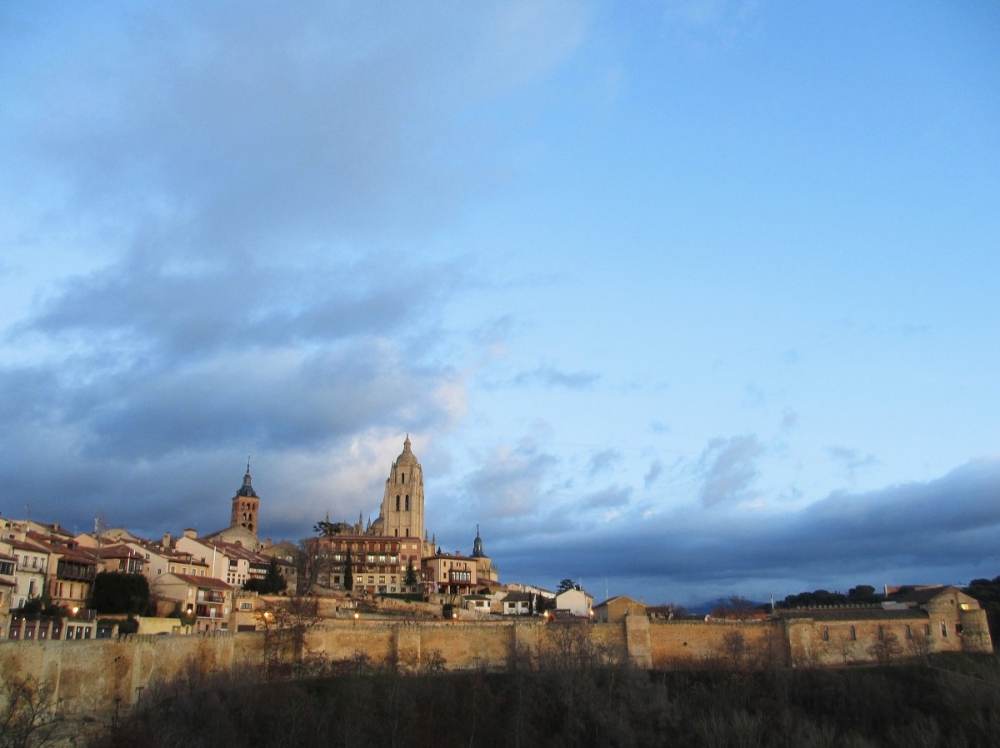 Hello everyone! I’m so glad it’s finally Wednesday (a.k.a. almost the weekend!) For this week’s Where in Spain Wednesday, here’s a snap from the region in Spain that I’d most like to go back to  – Castilla y León! Welcome to pretty Segovia, famous for its Roman aqueduct and fairytale castle. But it’s not the city’s pretty side that makes me want to go back.

One of the best parts about traveling around Spain is that you quickly realize that each region is totally, completely different from its neighbors. Sunny Andalucía is a mix of “typical Spanish” things and stuff you might more commonly associate with an Arabic country; misty Asturias could nearly be a clone of Scotland, and of course Catalonia loves to emphasize how un-Spanish it is.

But Castilla and León was different. After a couple of years of jaunting around Spain, traveling to the region in western Spain made me feel for the first time that I was in somewhere really, well, Spanish. It might sound a bit silly, but it’s true. I  got the impression that I was in a place where the people would say they were Spanish with no “extras” or additional explanations. (That’s not to say that’s better or worse or even necessarily true; it was just the experience I had. I could be totally wrong about this!).

So that’s why Castilla y León is the region I’ve been to so far that’s most interesting to me. I’ve lived in two of the not-so-typical places in Spain – Barcelona and Sevilla – and I’d love to get the chance to explore an area of the country’s culture and history that’s a little more typical. Who knows? It might be that it’s really not so different at all. It might be that my first impression was totally wrong. But either way, I’d love to get to know another side of Spain’s rich and diverse culture.

It’s also jaw-droppingly pretty, but that part, at least, is no exception when you’re traveling around Spain.

What’s one place you’ve traveled to that you’d love to go back to?