The Mystery at Avinguda Diagonal 111 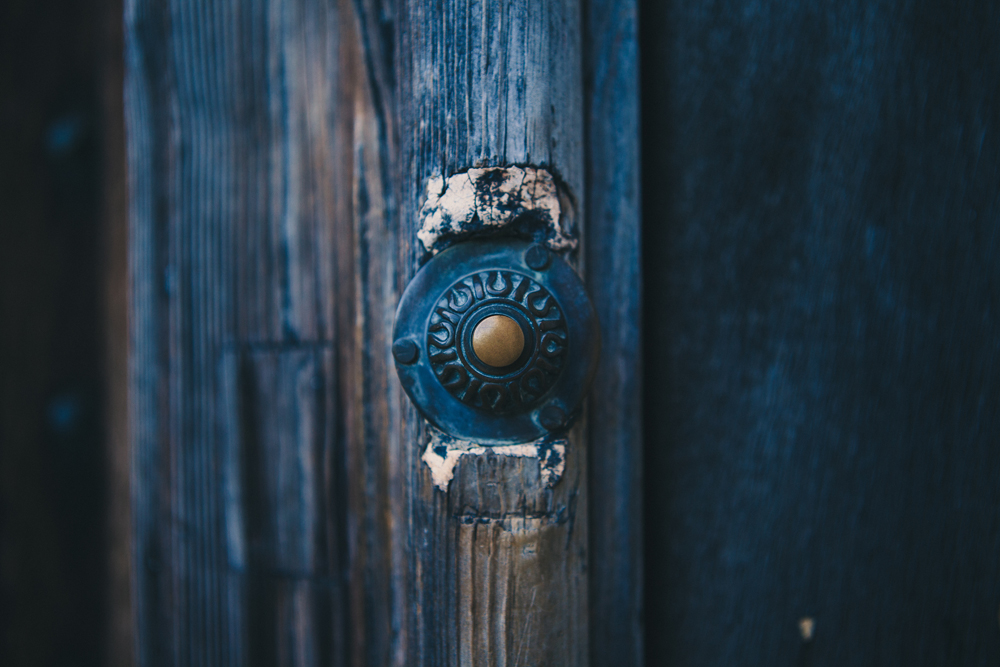 Huddled closely together in a shadowy room, the five us of listened anxiously as our host explained why we were here. A rich young heiress had been brutally murdered. The detectives investigating the case had mysteriously vanished, unable to discover what had really happened to her.

It was all up to us now.

Our host smiled, uttered one last cryptic statement, and then walked out, shutting the door behind her. The lock ominously clicked into place, leaving us trapped in the darkness.

We had only one way to escape – following the clues that the detectives had left behind before their untimely demise.

Only one thing was certain. If we didn’t make it out in an hour, something terrible was going to happen.

If you think I’ve suddenly switched from my typical travelogues to writing cheesy detective stories, you’re mistaken. This is really where I found myself in on a chilly Saturday afternoon.

There’s just one detail I haven’t shared yet – it was all a game.

The game is based on the “room escape” computer games, where you have to puzzle your way through a series of tricky clues to escape a locked room – all virtually. Somewhere along the line, somebody had the brilliant idea of turning the virtual game into a real life one.

Yep, people voluntarily go get themselves locked in rooms they can only get out of by solving logic puzzles.

“People” includes my friends and I, who thought going to Mystery Escape might be a pretty fun way to spend a weekend. OK, so they thought it would be fun. Although I love trying new things, I can be a bit of a pessimist about them.

I’d had visions of bickering with teammates as we were thwarted by an impossibly difficult logic problem. This is because of my natural aversion to all things billed as “team building activities.” (The escape room in Barcelona is indeed marketed as such).

But despite my resistance to team building, even I couldn’t resist the charm of such an entertaining and clever activity.

Now, here’s the tricky bit. I’ve got a puzzle on my hands myself – what on earth can I tell you about this without giving away too many details?

In the spirit of the game, here are some clues, each presented by quotes from the most famous detective of all-time – Sherlock Holmes.

“The game is afoot!”

In other words: it’s seriously fun!

Within minutes, we forgot all about the locked door and started focusing on the fun of the chase. You’re not actually trapped in the room, by the way; there’s a button you can use to get out if you really need to.

Anyone can participate. Actually, kids often do better than adults at these; as we left with our unsuccessful escape attempt behind us, a group of children came in who looked humiliatingly confident.

“What one man can invent another can discover.”

In other words: Two heads are better than one.

Lots of the time, one team member would figure out a major piece of the puzzle. But it was a second person who came up with the last piece of information we needed.

Bringing together little bits each person solved helped us get to the big answers. (This where I might say something nice about team building if I were so inclined).

“I have been blind as a mole, but it is better to learn wisdom late than never to learn it at all.”

In other words: A change of perspective is sometimes all you need.

Whether it was a matter of literally turning a clue upside down or figuratively twisting it around, a simple change of perspective often made an indecipherable hint suddenly become crystal clear.

“I am a brain, Watson. The rest of me is a mere appendix.”

In other words: You might be cleverer than you think

Going into this, I was sure I was never going to be able to solve an hour-long series of logic puzzles.

But once I got into the swing of things, my mind warmed up to lateral thinking. I was feeling pretty brainy – until our time ran out!

“There is nothing more deceptive than an obvious fact.”

In other words: Even the smallest stuff can stump you

A few of the clues are red herrings. I was totally convinced that we were going to have to use a certain object in the room at some point during the game – and was also totally wrong.

Other times, we spent a long time trying to tease out an answer, only to have the solution seem totally obvious once we got there.

“When you have eliminated the impossible, whatever remains, however improbable, must be the truth”

In other words: Prepare to be surprised.

At one point, something happened that completely changed the game. When the room unveiled this particular secret, we shrieked in excitement – only to be quickly be baffled by even more clues!

Even though the story is a bit cheesy (the hosts are very tongue-in-cheek about the whole thing), we all got sucked in within minutes. I was surprised at how intent we all were on hunting down the clues and finding our way out!

“I have taken to living by my wits.”

In other words: You may want to stay locked in even longer!

Being trapped in a confined locked room with a group of people? That might not sound like a situation you’d be eager to spend any more time in than necessary.

But we wanted extra time! We didn’t make it out of the escape room in the one-hour limit, and when our host came back in to let us know we’d failed, we begged her for more time.

For all you information hounds out there, rest assured that they do show you the solutions! She walked us through the rest of the puzzle that we hadn’t managed to solve in time.

We were a tiny bit crushed that we hadn’t figured out the entire thing – the owners told us that a rather embarrassing 60% of teams manage to do it – but felt confident that with another half hour, we would have been out of there. (Probably).

Price: from €16-€24 per person (it depends on how many players are on your team and when you go).

Would I recommend this? Definitely! Go with a group of friends and you’ll have a great time.

Would you ever try out the escape room experience? Or have you already tried one?