How to Change Your Apartment Contract in Spain (or Not!) 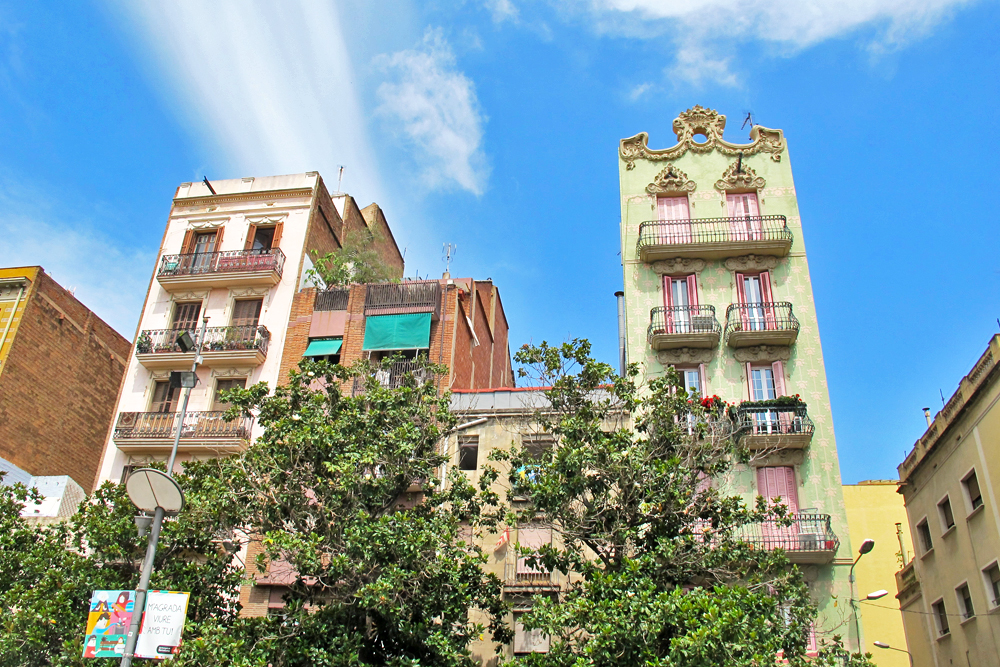 It may appear that I am a proper responsible grown-up here in Spain. I have a bank account, pay an astonishing amount in taxes, and have an apartment contract to my name. It all looks pretty neat and tidy.

However. Most of this is because responsibility has been forced upon me while I tried my best to wriggle out of it.

When my roommate whose name was on the contract moved out, another trapping of adulthood finally ensnared me – no matter how much wriggling I did.

Of course, this being Spain, making such an everyday change was a seamless process that hardly took any effort at all.

Two months later, I’m still in the midst of a seemingly endless battle with Spanish bureaucracy.

Here’s an idea of what a simple process it is to change the name on your apartment contract in Spain!

Step 1: Try your best to avoid becoming the person in charge.

Why on earth wouldn’t your departing roommate want to have two housing contracts at once?

Maybe it won’t be so bad…

Step 3: Collect all relevant information and paperwork from the person whose departure leaves you in charge.

Make a list of companies you will need to call (phone, electricity, water, gas, and the housing company).

The phone company seems like an easy one. Call.

You will hear a jazzy pop song as you wait. By the time you have finished waiting, you will probably have memorized the entire song – they’ve only got the one on an endless loop.

Finally talk to a real person. At rapid-fire speed and in a well-practiced monotone, they will run through a list of conditions and terms.  Say “sí” at each pause and hope you haven’t agreed to anything extortionate.

Let’s see, electricity seems fairly basic. Call them, you can do this!

You get greeted by a robotic recorder that refuses to recognize your foreign accent. Feel embarrassed and cringe while you wait to get passed on to a real person.

At last, an actual person! Only as soon as they start speaking, you realize the company has outsourced their call center to a country with an accent you don’t understand. Try your best to keep up as a fresh wave of humiliation comes over you.

Oh, and they can’t make the change. It turns out it’s in the name of somebody who hasn’t lived in the apartment in years. You should probably go get that figured out.

Step 6: Get in touch with your old roommate.

They have a vague idea of something electrical that needs to be fixed to the tune of €400 before the contract can be changed. Oh, and that the housing company refuses to pay it, so good luck!

Step 7: Call the housing company to arrange any paperwork.

Yes, yes, the woman on the phone will be delighted to help you out with everything. Just call back in a week to finalize things. Great! That’s one thing checked off the list.

Step 8: Have a restorative cup of tea, beer, or wine.

That’s enough for today. You’ve made a good start.

Discover there are no bills past 2009 in the apartment from the water company. Nobody has any information about updated contracts or anything like that.

Ask your old roommate what’s up with that. They have no idea.

Gas, last one. Only…they’ll need to send someone to the house who will call you later. Maybe.

Step 11: Check in with your housing company for an update.

They seem to have wiped your conversation from last week from their memory entirely and have no idea what you’re talking about.

Or, if you’re not one for tears, practice your very best Spanish swear words. You’re going to find many opportunities to use them soon, just you wait and see!

Step 13:  Spend the next few weeks re-attempting steps 5-11 in any order

Be amazed at how many customer service agents are suffering from memory lapses or an illness that prevents them from doing any work at all.

The mantra of 90% of Spanish customer service agents.

The phrase “But this isn’t even my fault!” is a great one to wail.

If you are really dedicated, find some other foreign friends to declare that THIS sort of behavior is exactly the reason for Spain’s economic crisis.

He was supposed to come at 7:30 on Friday evening, but has shown up at 10 a.m. on Tuesday morning.

Decide that as he has finally graced you with the honor of his presence, it is perhaps best not to quibble about silly things like days and times.

Step 15: Have an unexpected medical emergency

Despite having attended you for three years with zero complaints, all of a sudden medical staff will refuse to see you because your address changed (three years ago).

Listen to a variety of different excuses from different people – none of which are compatible with the previous excuse.

When you get upset about this, all staff will treat you as if you are being completely unreasonable.

Fantastic, their bank account is still getting charged for all of this.

And now that all the companies were unsuccessful in their attempt to take the money from the old account, they’ve added fines too.

Step 17: Attempt to get your paperwork sorted out so you can actually get medical attention

Ah, but you’ll need approximately four OTHER pieces of paperwork that involve something from other people – including the understandably now-grumpy roommate.

Oh, and today the town hall can’t even do that particular bit of administrative paperwork for technical reasons. Tomorrow you can’t come because there are meetings, and well, the day after that is Friday, so…

Step 18: Cry while dwelling on thoughts of imminent death

Who will be the new flat dictator if you die?

Step 19: Go to sign new flat contract. Realize the housing company thinks you need to pay an extra €400 for printing out this bit of paper.

They have literally copied and pasted the old contract with a single change, and somehow this warrants hundreds of euros in fees.

Step 20: Lose a big freelancing client (who conveniently owes you quite a bit of money)

Oh good, now that you’ve really started bleeding cash is the perfect time for your work stream to dry up.

Will they even pay you? Only time will tell!

But wait, we got this sorted out six weeks ago – they were the nice ones!

While their letter unequivocally states you have to pay – and rather more than usual –  it does not say what for. Call them and ask what the charges are for.

You will be told this number is only to pay bills. They cannot tell you what the bill is for, nor can you talk to anyone except the billing department.

They insist you must pay first in order to find out what you are paying for. Then they hang up on you three times in a row.

Marvel in the ability of Spanish customer service agents to make you feel like you’re living in a dystopian novel.

Step 23: Discover your washing machine has tried to launch itself out of the apartment.

As the newly crowned flat dictator, this is decidedly YOUR problem now. Begin to really, really comprehend the expression “I’m bleeding money”.

Ponder whether the washing machine had the right idea in attempting to leap out the window.

Thank god it’s the weekend. Just try your best not to count how many weeks you’ve been trying to sort this problem out for (seven and counting!)

Step 25: Vow never to move in case you have to go through all this again.

And then probably drink and cry again.

Approximately how much wine you’ll be needing now.

That, my lovely readers, has been an approximate summary of my past two months!

I would like to take this opportunity to publicly apologize to all my friends who have put up with my ocean of tears these past two months. Who knows? Someday I might even go back to being a cheerful person who doesn’t cry multiple times a week!